With Lifetime's "Surviving Compton" coming to our television sets really soon, we got a chance to sit down with one of the actors in the highly-anticipated film.

I got a chance to sit down with rising star Kedrick Brown, as he speaks from his mind and heart about him portraying Alonzo Williams, the creator of World Class Wreckin’ Cru on Lifetime’s highly anticipated Surviving Compton: Dre, Suge and Michel’le.

He also hints at his prominent role on the upcoming season Underground, which is executive produced by John Legend.

For those of us who don’t know who Alonzo Williams is, can you give use some back story on him and your experience playing him?

If you watched Straight out of Compton, Alonzo in that film is the club owner, leader, and organizers of World Class Wreckin’ Cru. He first came to know of Michel’le, by overhearing her sing at a department store and asked her to get on a track after one of his female singers couldn’t make it. When she arrived at the studio she was made fun of by Dre and the other rappers because of her speaking voice, which sounds unrecognizable from her singing voice. That blew them away once she starting spitting on that track!

Alonzo Williams did contact me to make sure I was playing him right, requested pictures of me dressed like him from the set, and he started asking everyone who looked more like him more from back in the day, the actor from Straight Out of Compton or me. 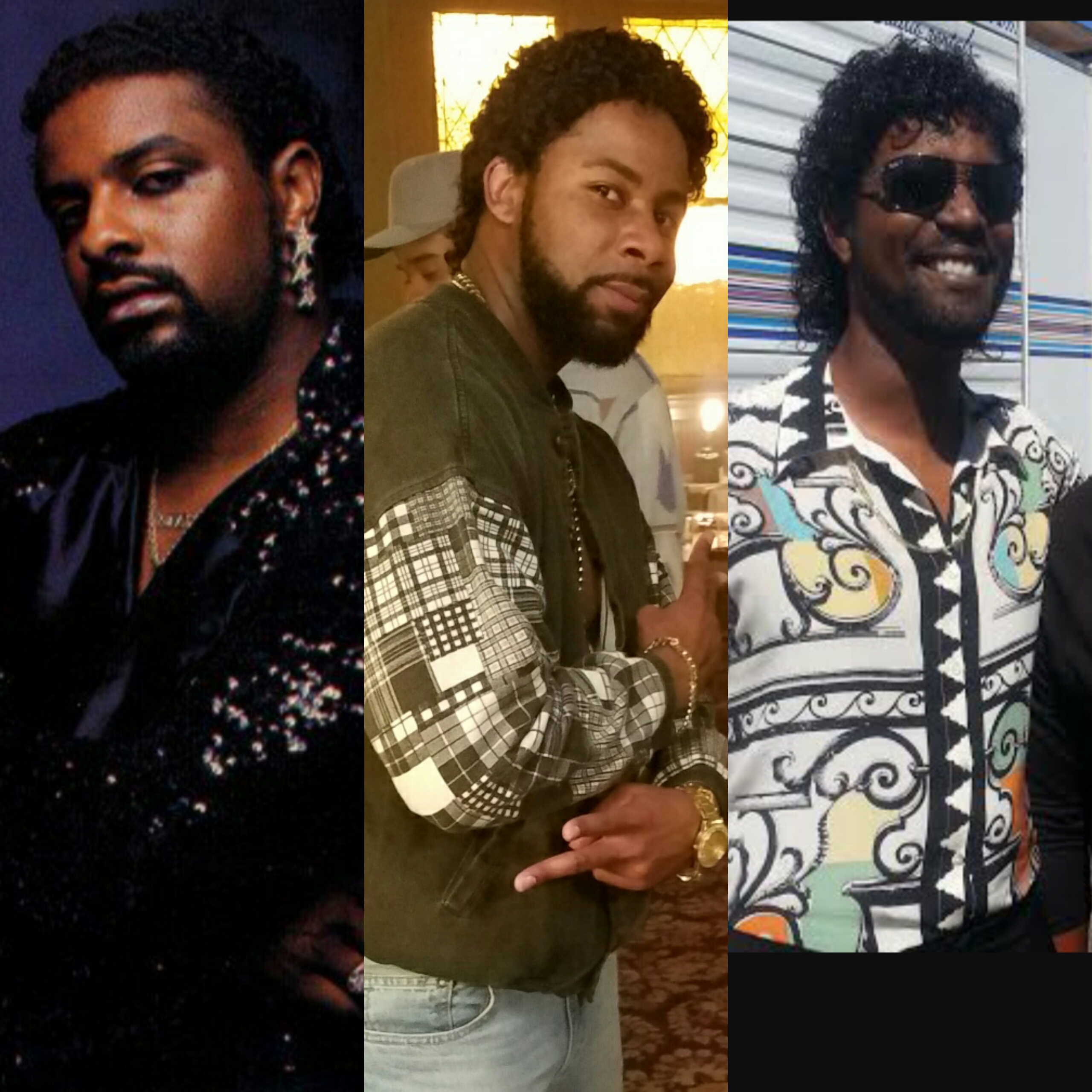 #WhatyourTwist? (The real Alonzo is the one in all the black)

Did you get to meet Oprah when you were on ‘Greenleaf‘?

I didn’t, but I had the pleasure of being directed by executive producer Clement Virgo. He was an amazing talent to work with.

What is Sassy Mamas about and what is your character in the production?

Sassy Mamas story is about three older female friends, who all have success in their careers and are currently cougars, as they engage in their relationships with younger men.

My character name is La Donte’, a young male with baby mama drama, living paycheck to paycheck kind of brother, who wants to make a better life for himself, so when he meets an established older woman, he jumps at the chance and you can imagine all the excitement that comes with that.

There is nothing like live theater, you get to live in a different world for 2.5-3 hours every night. There are no do-overs, the pressure is on, and it keeps you on your toes. This is the overall experience with live theater, there is just no comparison!

Out of all the commercials, you were in, which one was your favorite?

BU Collection by Blair Underwood, because he was the 1st person to give me a job, he also directed me in the commercial and his business ethics inspired me to be successful! For example, he was doing the work while working, meaning while he was working on the commercial, he and his partners were always keeping busy to maintain his image in the public eye.

My experience working with Blair was so motivating, his words of encouragement to me was to continue to train, work, get better, just keep pushing, because perseverance is what really makes a person succeed. There is no need to talk bad about anybody or throw anyone under the bus because we are all going to get our shot, there is enough for everyone, just be prepared for when your shot comes around!

What is your achievement goals with acting?

When I leave this earth, I want people to know and feel the art that I created. I want my roles I played to be long-lasting, timeless, encouraging, and leave a positive imprint on future actors for years and century to come.

Who are the ‘Washington Family’, you thank for the love & support on your website?

They are a family here in Houston, whose daughter was in my Micheal Jackson show, that made the contribution for me to create and have my website.

“Seek God, Not Greatness” is your motto. What keeps you strong in your faith?

I believe in GOD, the higher being would create us to support one another instead of tearing each other down.

Do you have your award acceptance speech written out or memorized?

No, I always speak from the heart because it is my truth and what I am feeling at the time.

Kedrick Brown is a versatile actor and dancer, who earned his Bachelor of Arts in theater from the University of North Texas and trained at the University of Houston’s M.F.A. program. His film credits include, “The Night Before”, “God and Country,” “Czech Beautiful”, “Friday Night Lights, “Greenleaf”, “American Crime” and “Survivors Remorse”.

Understand History and Current Events Before Investing in Foreign Currency