Celebrate Halloween by getting scared up by a New Orleans "Bloody Mary."

A Bloody Mary is a cocktail containing vodka, tomato juice, spices and other flavorings. It has been called “the world’s most complex cocktail”.

The name “Bloody Mary” is associated with a number of historical figures, particularly Queen Mary I of England, who was nicknamed “Bloody Mary” in Foxe’s Book of Martyrs for attempting to re-establish the Catholic Church in England.

In the United States, the Bloody Mary is a common “Hair of the Dog” drink, reputed by some to cure hangovers due to its combination of a heavy vegetable base (to settle the stomach), salt (to replenish lost electrolytes) and alcohol (to relieve head and body aches).

The origins of “Bloody Mary” is unclear, and there are multiple conflicting claims of who invented the Bloody Mary, but one thing is certain “Only New Orleans Louisiana has master on how to make the best “Bloody Mary” in the whole wide world”!

The drink is traditionally served over ice in a tall glass, such as a highball, flared pint or hurricane glass. The two critical ingredients include vodka and tomato juice, however, the drink almost never consists of these two ingredients alone.

Since I’m a big Halloween fan and I occasionally like to get my drink on, I reached out to a few bars in the New Orleans area for some advice and recipes on what they would consider to be a good Bloody Mary drink.

And always remember to be safe and responsible when drinking alcohol.

Ralph’s on the Park shares this tasty recipe with us.

The Lemon Basil bloody is our fresh take on “from the garden to the bar!” The use of lemons brightens up this version for guests who desire a lighter version of the classic cocktail.

The fresh basil, which we infuse into the Vodka with Lemon, brings out a savory and refreshing herbaceous element. It almost seems healthy for you. 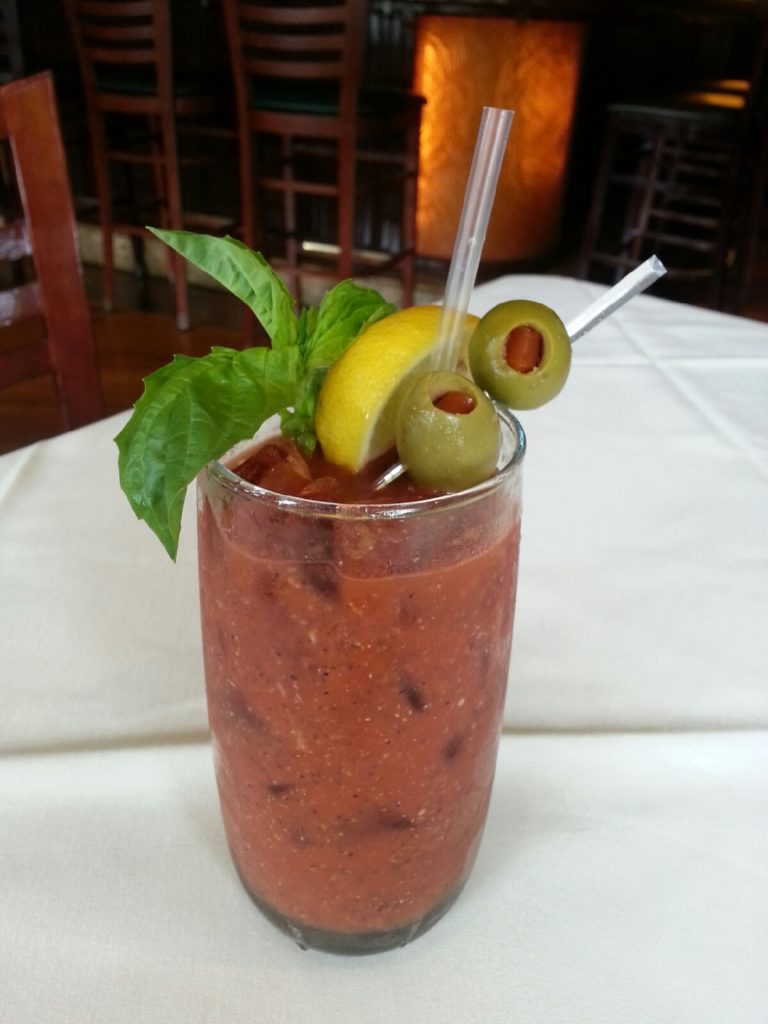 And here’s another one from Ralph’s on the Park.

Our signature bloody, the Ralph’s Bloody Mary, isn’t for the faint of heart. It combines a complex group of ingredients resulting in a spicy and full-flavored favorite among our Sunday Brunch guests.

A key ingredient that we incorporate into our house made Bloody Mary mix is beef broth, giving it a unique richness. We finish the mix with a puree of chipotle peppers and Cajun spiced green beans that kick this Bloody Mary’s to the next level. 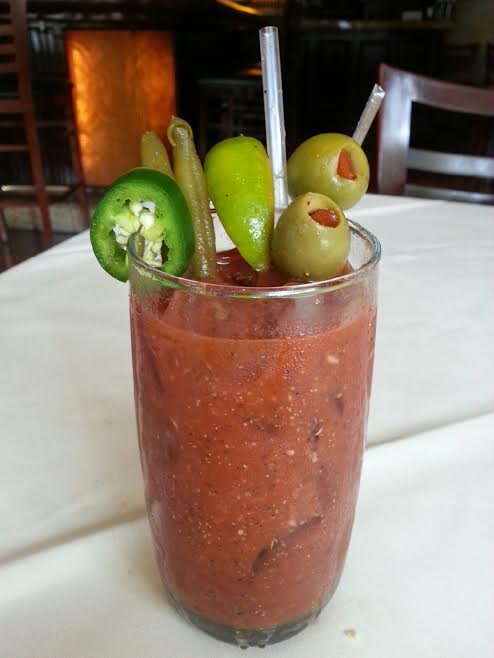 A special thank you to Meaghan Donohoe, Public Relations for Ralph’s on the Park and Red Fish Grill. 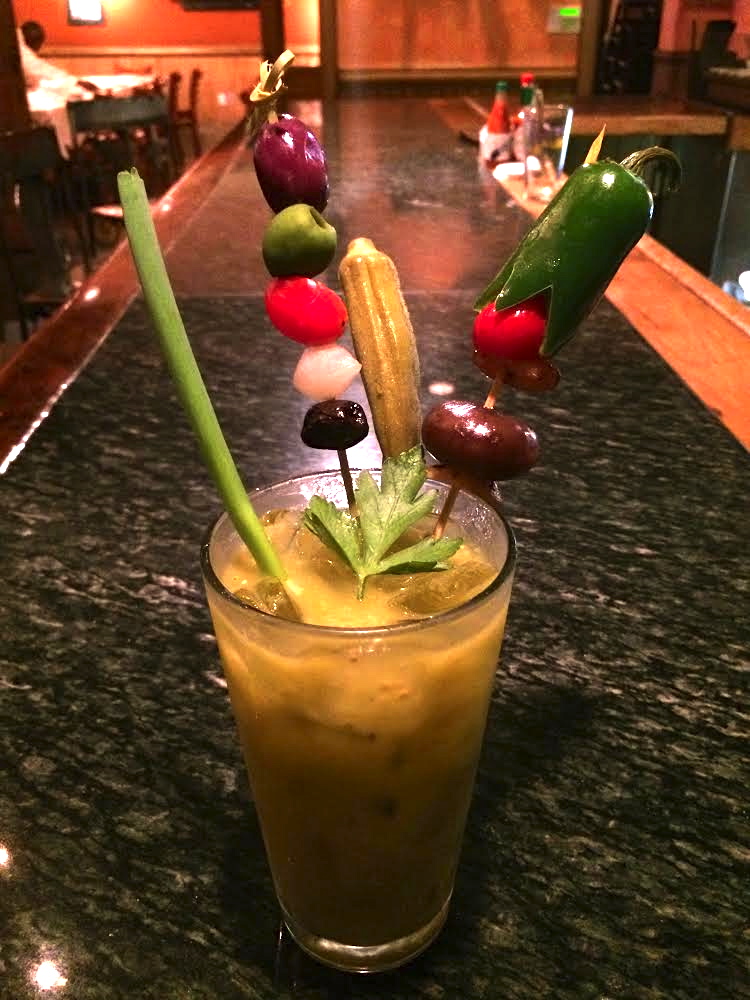 The vodka is infused for two weeks with a combination of cilantro, garlic, celery, onions, and bell peppers, and a healthy shot is poured into a Cajun seasoning rimmed pint glass and filled with Zing Zang Bloody Mary mix.

We’ll then finish it with a skewer of all the necessities, jalapeno, cherry tomato, pickled onions and green beans, everyone’s favorite green olives, a lemon and lime, and a giant stalk of celery to make it stand out. Served with Lucy’s own tropic colored straws and mermaids, it will send you well on your way to forgetting about the pain from the previous night’s revelry. 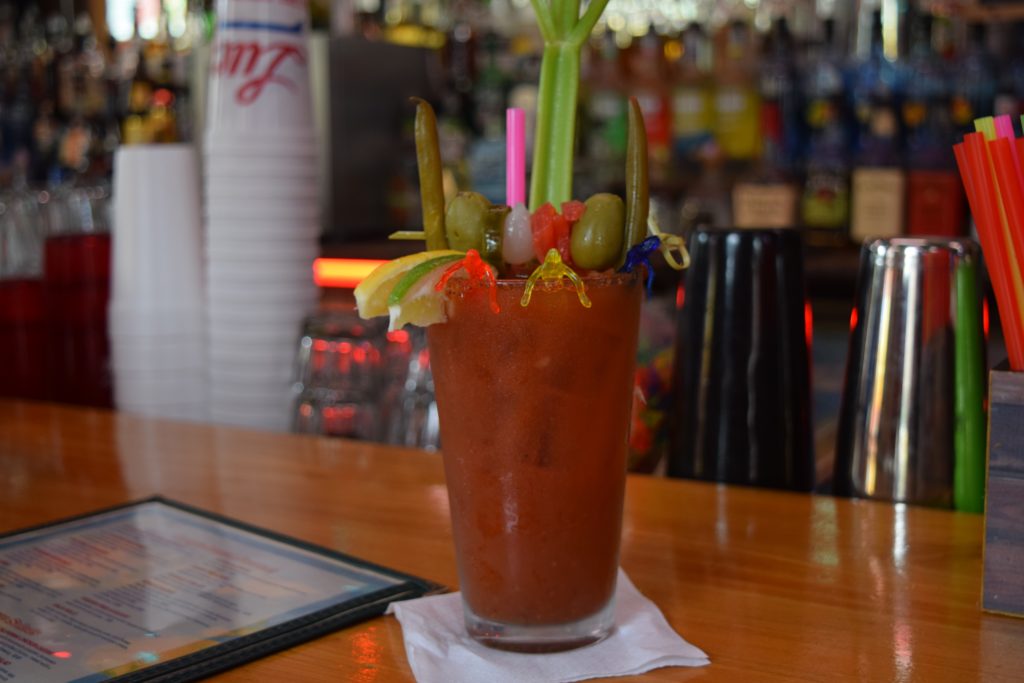 Rachael Jaffe shares why her restaurant is hailed one of the best in Nawlins’.

With live music, innovative food, and a self-serve “Bloody Mary bar”, made with house made red and green tomato mixes, infused with in-house pickled items and a large array of hot sauce…five days a week only at Atchafalaya!

‘New Orleans’ only five “A” restaurant is co-owned by Rachel Jaffe Tocco, a Bolton, Massachusetts native, who attended Tulane University, helped design & launch a restaurant in St. Maarten, Netherland Antilles which lead to her finally moving home to New Orleans in 2008, where she met and married Anthony Tocco & together they opened Atchafalaya Restaurant.

The restaurant is now known as an establishment that embraces New Orleans’ culinary traditions while pushing boundaries. 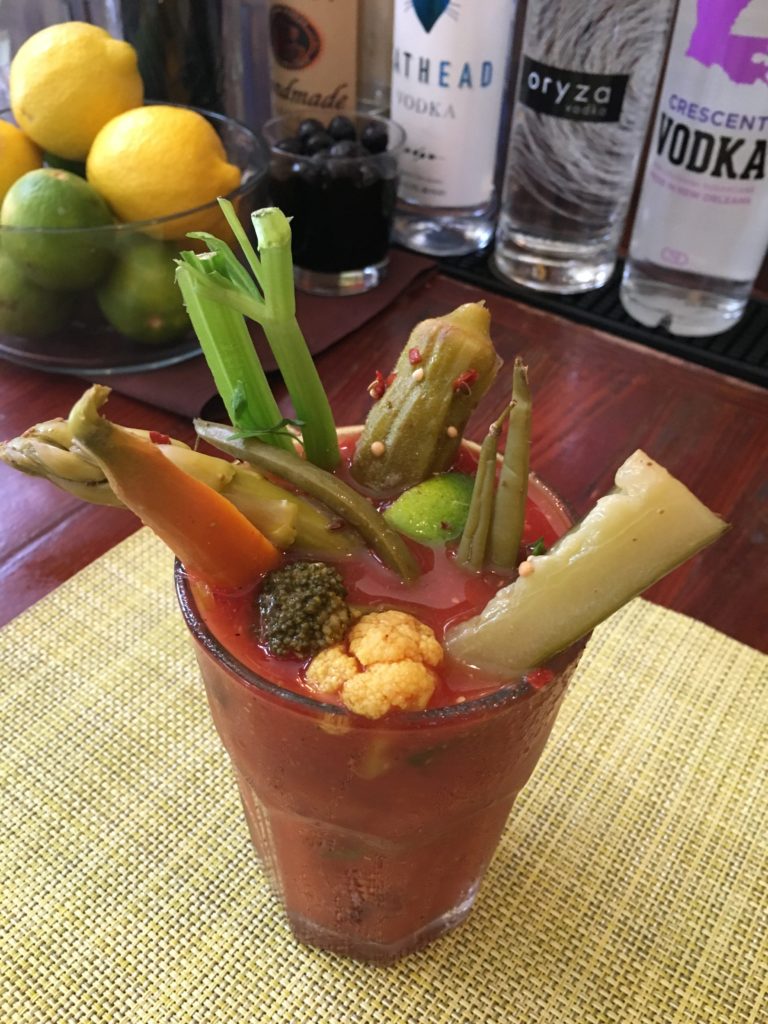 The legend of Bloody Mary has served as inspiration for a number of movies, television shows, video games, and dealings with the supernatural. You heard how the story goes, enter into a room stare into the mirror and say Bloody Mary three times to see her!
But the truth of the matter is, if you really want to see Blood Mary then you need to visit the following restaurants in The French Quarter, for their Bloody Mary’s are hauntingly delicious and now you know why!
Tags: Bloody MaryHalloween

Enter The Urban Twist’s Halloween Costume Contest and You Could Win $100!