The 2016 U.S. Presidential election is likely to impact your investment portfolio unlike any election in history.

Financial markets are largely reactionary. Those with capital tied up in investments need not look far for evidence of this. A vote or election can often have an effect on investment portfolios. The June 23rd vote by Britain to leave the European Union shocked and dismayed investors around the world. Markets felt the stomach punch the next morning as markets opened below previous closes. In the United States the S&P 500 lost 76 points on the 24th, closing down 3.6% from the previous day. The next Monday saw the same index fall below 2000 for the first time since March 10th.

*The large decrease towards the middle of the graph indicates the impact of the Brexit vote had on the S&P 500.

Although markets did recover, they showed just how shaky investors are of the economic changes that may take place in the coming years. Article 50 of the Libson Treaty, which states just how a country can leave the EU, has yet to be invoked. It may be invoked next March, meaning this nightmare for investors is not over.

Despite the international woes investors are facing, there is a whole different issue facing investors: The 2016 U.S. Presidential Election. Investors are always wearing when it comes to the “changing of the guard” here in America. However, this election appears to be different. Investors seem to be weary of a President Trump due to certain complications with international trade.

Just this past Friday, the FBI director James B. Comey released a vague 166-word statement to Congress regarding new emails that had surfaced in the Hillary Clinton email investigation. This sent the market into a reactionary slide, losing the day’s momentum in just 6 minutes with respect to the S&P.

Reactionary changes like this are not unique. They can occur when news is published that make investors unsure of their investments. Nevertheless, these reactionary slides in market prices shed light on how investors see large changes affecting the market as a whole. If a President Trump is a certain future for the United States, the market could see a much larger drop in market prices as investors are unsure just how safe their investments are. This inevitable slide in market prices could affect soon-to-be retirees as their 401K investment portfolios may take a hit, depending on their allocations.

According to The New York Times, stock indexes may lose 10-12% if Trump wins the election, possibly leading to a larger economic downturn. In this piece, NYT examines the link between stock futures and the outcome possibilities of this election. There is a direct correlation between a rise in the likelihood of a Clinton presidency and a rise in stock futures, furthering the argument that investors feel much more comfortable in the hands of Hillary Clinton.

The next week will consist of investors world-wide collectively holding their breath as the U.S. presidential election could prove to be a deciding factor for the next 4 years of international trade. Research done by economists Erik Snowberg of the University of British Columbia and Eric Zitzewitz of Dartmouth College indicated that, typically, no candidate moved the market by more than a couple of percentage points. It appears on the surface that an election of a President Trump could break this modest pattern and turn the markets far into a decline, citing an uncertain future.

Thanks to FiveThirtyEight’s election predictions, investors can rest easy knowing that a Clinton victory is far more likely than a Trump victory. There will still be doubt until the votes are counted on November 8th, but the market looks poised to remain on its steady rise. Until Article 50 is invoked, that is.

I Fancied a Girl, Does That Make Me Bi?

Why You Should Never Say, “I’ll always be there for you.”

Ahmaud Arbery died on Feb. 23 while Gregory and Travis McMichael were arrested on May 7.
byBien Luigi 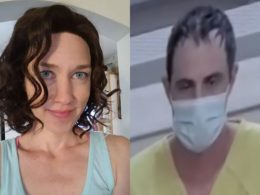 His bail has been set for $1 million, and he’s since pleaded not guilty to murder charges.
byBien Luigi
Read More

This shop actually had the audacity to sell bobbleheads of John Wilkes Booth...but people were buying them.
byAssociated Press