Why You Should Never Say, “I’ll always be there for you.”

It may sound like a cliché. But telling someone that you’ll always be there for them, does more harm than good. Why? Because you can’t guarantee it will happen.

People tend to say things in the heat of the moment. I like to give people the benefit of the doubt with this one. Most of us out there are half decent folk. No one purposely sets out to be an asshole on a daily basis, am I right? So when we say something like this, we usually mean it. We usually have good intentions and we are usually trying to comfort someone we care about and reassure them about our presence in their life.

But making a promise like that to someone, when you know you simply can’t predict the future. Well, it can cause a lot of emotional damage that you may not indeed on causing that person.

Whether It be a romantic relationship or a friendship. We’ve all felt down and low from time to time. Whoever we confined in about previous experiences their usual and automatic response Is to say things like, “I’d never do that to do.” “I’d never want to hurt you,” and “I’ll always be there for you, no matter what.” The simple fact is – you can’t promise this. No one knows what the future holds. Anything could happen. And I mean anything. You may have full intentions when you say this to someone. But you can never be 100%

We Will Believe You

As much as we have heard it all before. When someone says something like this, we want to believe them. We want to trust someone will be different. We want to believe that we mean enough to them for them never to hurt us, or to always be there through the good and the bad. Even when we have that voice in the back of our heads that we’ll once again get screwed over. We do actually want to believe in the exception to the rule.

It Will Hurt More

Because we wanted to believe you were telling the truth, when the inevitable happens. It will hurt. Not only will it hurt like any regular disappointment, but it will sting like a bitch because you actually promised not to do said thing/ or to be there in said situation. This will not only mess with someone’s mentality but could also cause serious mental harm and emotional distress.

It Will Create Bigger Trust Issues

Trust is a vicious cycle, and once it’s broken it’s often hard to fix. Breaking said promises to someone. Or letting them down in ways you promised not to, well it’s just going to create bigger trust issues. They’ll find it difficult to trust anyone ever again, even if it was a difficulty to start with. No one wants to have trust issues. We have them for a reason, so don’t give someone a reason.

At the end of the day, you may mean well and heck, maybe you 100% meant what you said at the time. But be careful what you promise people, it could end up hurting them more than you realized it would.

Crossing Party Lines, I Can't Vote For Hillary Or Donald. Here's Why.

Rachel Dolezal has taken on a new term, "transblack". We really need to stop giving passes to everybody. She has worn out her welcome. Bye Rachel.
byNegra With Tumbao

Your Street Glide has the ultimate cruiser visual appeal, great on-road performance and plenty of power to get you to any destination on the map.
byTUT Staff 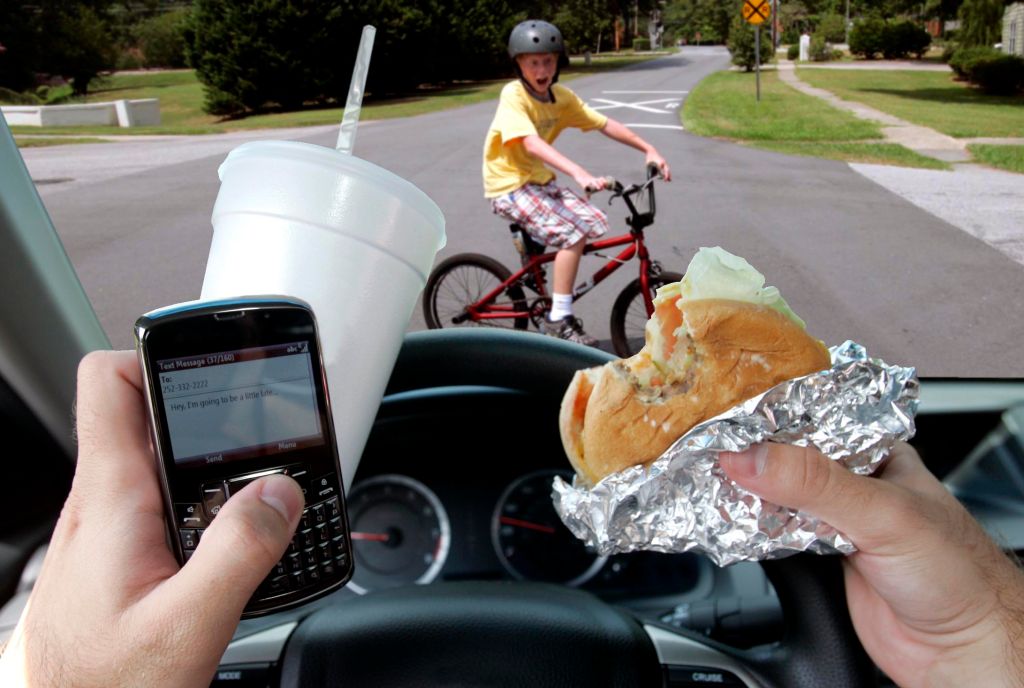 Which of the Worst Driving Distractions are You Guilty of?

Never underestimate the potential danger that could lie ahead in the road and keep your focus on driving while in the car.
byBrooke Chaplan

Ghosting has become a practice used in the modern dating scene. Often times, love interests will seemingly cease to exist. There may be an underlying reason and it may point to technology.
byMatthew Rash