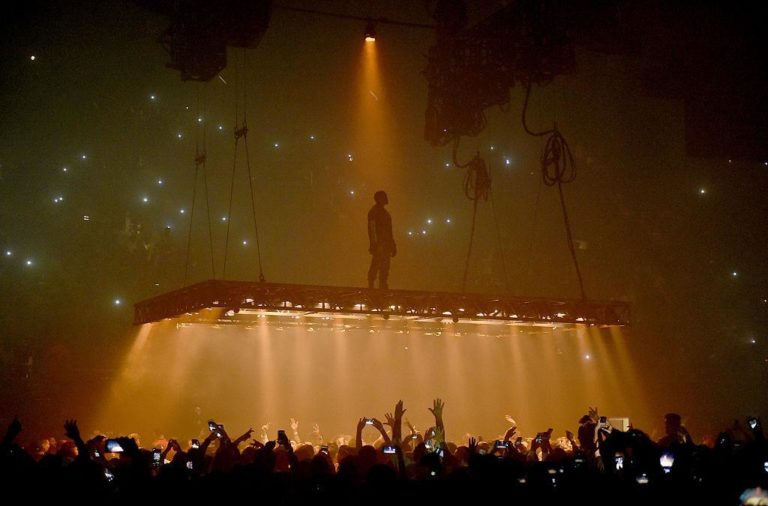 Kanye is no stranger to controversy as we all know but last night he stirred a maybe unprecedented level of controversy, even for him. He declared at a Saint Pablo Tour show in San Jose that he would have voted for Donald Trump, had he voted.

“This is my platform and I’m going to talk about the paradigm shift that’s happening right now,” he said at the top of a 40-minute political speech that came at the cost of several songs.

It’s hard to ascertain exactly the point he was trying to make as we only have tweets and videos from attendees, not a transcript, to go off, but it sounds as though he was mostly praising the disruptive nature of Trump’s campaign, which ‘inspired racists to reveal themselves’.

“Whether you voted for Hillary or Trump, this is a safe space for both of you,” he told the audience, asking any Trump voters to make themselves known. He also reiterated his desire to run for president in 2020, saying his focus would be on education and that his campaign would use a different political model.

“Stop focusing on racism,” he added, declaring sombrely: “We are in a racist country – period.”