I Can’t Do What In The Bedroom? 10 Weird Sex Laws Still On The Books.

We live in a society of rules, laws, and regulations. Over time, thing change and as time changes, our perception of situations seem to change as well. Things we once deemed wrong, bad, immoral, or even acceptable can be changed overnight with the passing of a law. What happens when a law becomes obsolete but no one works to have it legally reversed?

Unless a law is legally reversed it still stands on the book. Whether to prosecute someone for an obsolete criminal offense rests squarely on the prosecutors in each individual case. While alcohol is legal and easily accessible, at one time bootlegging was so popular because of prohibition. Just as alcohol has now been properly regulated, there are other obsolete laws that should be changed.

Some of the weirdest and most obsolete laws on the books surround the general population and their sex life. Yes, the government at one point passed and enforced as series of laws governing how men and women may interact sexually.

Let’s not forget, at one point in history, being homosexual was considered a criminal offense as well as a medical infliction. Just imagine someone being locked up or institutionalized today because they loved someone of the opposite sex. It seems almost laughable, but some lived through it. It might give you an idea as to why the LGBTQ community fights so hard for acceptance and equality. Legally for so long they were denied it.

In Texas, the law recognizes our right to add variety to your sex life with sex toys. However, if you own more than six, you could violate obscenity laws and end up being fined up to $4,000 and possibly thrown into jail.

In Idaho someone has timed how long it takes simple necking to turn into obscene behavior. If you get caught committing any act of PDA longer than 18 minutes you could be accused of breaking the law.

In 1998 Alabama passed a law banning the sale of sex toys.

Would you believe in Georgia, Virginia, and Massachusetts, per a law still on the books, it is illegal to have sex out of wedlock? By all the children born to single mothers today, you can tell that is a law that has now been enforced in quite some time. I wonder how the government ever went about enforcing this ridiculous law.

Here in my home state of Maryland, it is illegal to sell condoms in a vending machine except in places like bars, where alcoholic beverages are sold on the premises.

Be careful not to offend when visiting Illinois, it is illegal to strut around in public sporting an erection.

If you’re affectionate and have a full mustache, Indiana might not be the place to relocate. It is illegal for a man to have a mustache is he frequently likes to kiss other people.

A woman should be mindful when going for a late-night stroll in Kansas City, Kansas that she may be picked up by police if she is “in the streets or any public place without lawful business and without giving a good accounting of themselves.”

In parts of Missouri it is against the law for a woman to wear a corset because a man should be able to admire a woman’s body unencumbered. Say what!

I won’t go into detail about how active or exciting My sex life is. I will say, that if anyone paid attention to my activities I would be considered a criminal in many states. Would you? 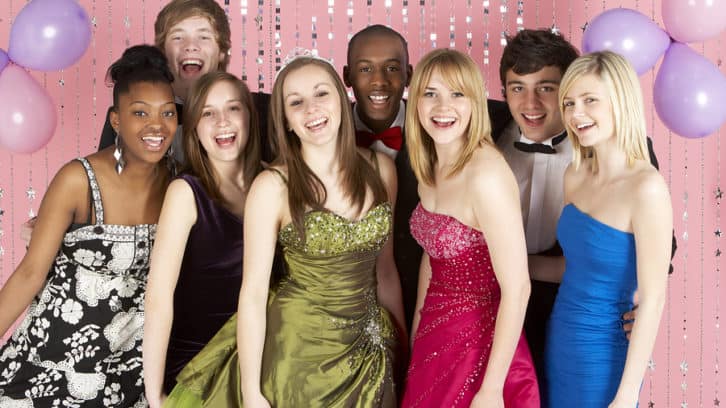 How to Jumpstart Your Prom Night