The Shift: Christmas to Kwanzaa

Truth be told celebrating Kwanzaa does not negate Christmas; Kwanzaa is a cultural celebration while Christmas is “meant to be” a religious one.

“Jingle bells, Batman smells, Robin laid an egg…”, one of my favorite Christmas remixes, takes me to a time when Christmas meant lights, a tree, and presents. Santa’s existence was unintentionally, but thankfully debunked when I was fairly young. I was able to discern that “Aunt…” and “Santa Claus” were not the same person, but I didn’t spoil the fun for my parents; they believed that I believed in Santa well into my teens.

Though I knew “the truth”, Christmas was still a big to-do, especially in school. In the pre-extreme-PC public schooling era, there were Christmas decorations everywhere. From Santa to Rudolph, to Christmas trees (and an occasional menorah or dreidel), we thoroughly enjoyed the holidays. In elementary school, we sang songs, read stories, made cards, and even exchanged gifts. The activities dwindled as we got older, but the decorations persisted.

In a similar fashion, my desire for presents dwindled as I got older, as did my focus. I began to look at Christmas from the more spiritual perspective. The Virgin Mary giving birth to Christ… no room in the inn..the wise men traveling from afar to meet the newborn savior…Jesus became the reason for the season…but was He?

Over the last two years, I began to ponder that very question. Though not thoroughly researched, I found some inconsistencies with common Christmas practices and history. But more than the historical and cultural discrepancies, I realized that I already celebrate Jesus’ birth daily. As a believer and disciple of Christ, I celebrate his birth, death, and resurrection by being a living sacrifice…

But how does this epiphany translate into celebrating Kwanzaa? Thanks for asking. My mother introduced me to Kwanzaa when I was a pre-teen. We had the kinara (candleholder), the Mshumaa Saba (seven candles), the Kikombe Cha Umoja (wooden unity cup) and the Mkeka (Place Mat). We reviewed the Nguzo Saba (seven principles), but we weren’t very consistent in actually lighting the candles or reading the principles daily. Once I entered college I continued to embrace and apply the principles in various aspects of my life. I took a non-profit organization course and created an organization named Nguzo Saaba, designed to provide Kaplan level test prep free of charge to economically struggling students.

I named my first car Imani (faith) and my second Nia (purpose). But it wasn’t until last year that I decided to celebrate in a real, but still the non-traditional way. In addition to posting every day on my Facebook page (don’t judge me icon-smile-o ), I decided to give my friends and family uniquely designed cards with a small monetary token to demonstrate all of the seven principles.

Unfortunately, living in China threw me off the path this year, despite feeble attempts to at least post on Facebook every day. I will celebrate Kwanzaa wholeheartedly next year, no matter what. I pray that Mr. Just Right for Me and I can also observe it together. When I have children, we will celebrate Christmas with music and presents.

I will definitely share the story of Jesus’ birth but I will also share the inconsistencies I’ve discovered. Furthermore, we WILL celebrate Kwanzaa because doing so does not negate Christmas; Kwanzaa is a cultural celebration while Christmas is “meant to be” a religious one. Ultimately, my children will have the freedom to create their own traditions, just as I am now. With that said, “Merry Christmas” and “Habari Gani”.

Author
Nicole A Schmidt
Nicole A Schmidt is an internationally-acclaimed educator currently teaching English China, documenting her experiences along the way. Also a published YA poet/author, she continues to reach out to and advocate for those who cannot do so for themselves. Traveling to China, like other endeavors and accomplishments, was/is not only her chance of a lifetime, but an opportunity to empower teens and young adults of color to pursue chances of their own lifetimes.
Previous Article

Brightside Academy is Offering $100 for Each Family You Refer to their Program!

It is important to learn from these brilliant personalities who have greatly impacted the world such as Barack Obama, Bill Gates, and MLK.
byAmanda Wilks 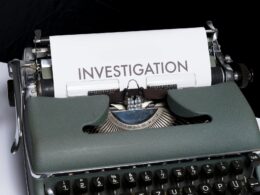 If you own a business or you operate one, you probably take a lot of pride in it.
byTUT Staff 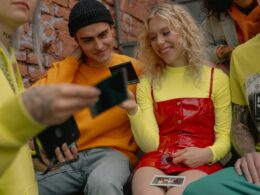 Nothing can match up the relationship you enjoy with loved ones and family.
byTUT Staff

Fallen Soldier: The Death of A Champ And Coming To Terms With My Own Father’s Mortality

Muhammad Ali's death has been tough for me. The "Champ" reminds me so much of my own father. They carry the spirit of warriors.
byNegra With Tumbao