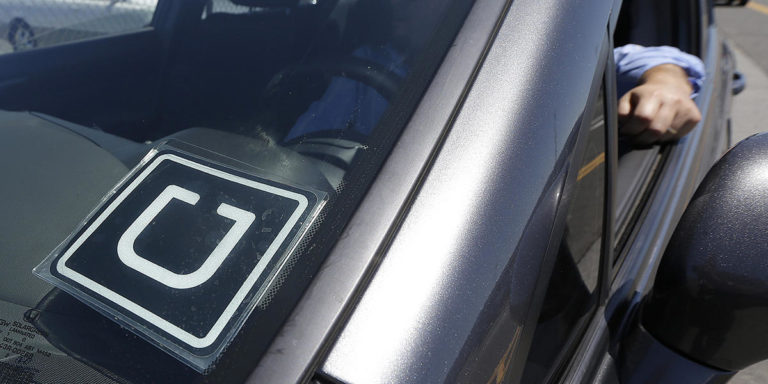 FILE - In this July 15, 2015 file photo, Uber driver Karim Amrani sits in his car parked near the San Francisco International Airport parking area in San Francisco. Hilton is hailing the ride sharing service Uber to help guests reach its hotels and then explore the city where they are staying, the companies announced Tuesday, Sept. 1, 2015. (AP Photo/Jeff Chiu, File)
Business

3 Reasons Why Uber Atlanta May Have Less Drivers

Uber is a ride share company used as an alternative to cabs and public transit. Uber Atlanta refers to the location in which this service is provided.

Uber has been praised for being a safe and inexpensive alternative. It has even been said that Uber has put many cab companies in jeopardy. In the midst of their rise, they have also received a lot of flack. Their operation techniques, especially in Atlanta, have often been called into question.

Over the last few weeks, there have been drastic changes made that impact drivers heavily. From airport restrictions to the rate reduction, drivers had a lot of adjustments to make. As a result, Atlanta drivers were contacted and informed of an upcoming webinar. They were asked to submit questions to build the discussion. It was intended to be a way for drivers to communicate issues with Uber Atlanta General Manager, Luke Marklin.

Uber Atlanta Issues: Luke presented a strong front reassuring drivers that the issues would be resolved. Drivers were outraged at the vast majority of disheartening information. The overall consensus was that drivers are dissatisfied with tips, UberPool, and driver services.

Tips: One of the main complaints was that drivers want the option to receive tips. Many comments flew across the screen of the webinar requesting a tipping option in the app. Drivers made a clear statement that it was important that tipping is added. There were veteran drivers stating that they have seen a drastic decline in payout. For this reason, they feel that allowing tipping is the next natural step. Veteran drivers feel the sting the most because they have been driving longer. They have seen the changes since the beginning. Old and new drivers alike feel as if tipping should at least be offered as an option to customers.

Luke stated that “Uber has no plans to add tipping” to the process. He stated that in-app tipping would “go against Uber’s transparency”. Luke also stated that Uber does not have a policy that is against drivers taking cash tips. Although Uber does discourage riders from tipping. The policy states that “tipping is not necessary” and drivers should decline the first offer to accept the tip. Many drivers were outraged at this for a few different were mad because they could receive the benefit with another rideshare company. Some were upset because they have been driving with Uber and experienced the decline in pay.

UberPool: Drivers shared a great bit of disdain about the UberPool program.Many drivers hate it, to say the least. Some of the main concerns are the low pay and extended travel. Drivers are doing more driving and making less money with UberPool. The benefit is felt more so by the riders. Many of the drivers stated that they wanted UberPool gone. It was evident that this is a consensus. Drivers were chiming in and demanding that UberPool is removed or at least give drivers the option to do it. According to Mr. Marklin, UberPool is the new way to move Atlanta.

He stated that Uber is working on “improving the process of picking up multiple riders and ensuring more riders per trip”. His response went on to mention that UberPool will not be going anywhere and drivers should get used to it. Luke reminded the drivers that this is a great way to keep cost lost for riders and keep drivers on the road longer. He comforted drivers with the notion that Uber wants drivers to benefit more from UberPool. The facts remain to be seen. UberPool rates in Atlanta have destroyed driver morale and earning potential. In order to avoid dealing with this, drivers will have to decline UberPool trips.

Horrible Driver Services: For most drivers, the issues fall around to pay. For some it includes incentives. Drivers asked if Uber would roll out any red carpets for veteran drivers. It was stated that Uber will do something in the near future to reward veteran drivers. Details of what will happen have yet to be disclosed. However, when Luke was asked about adding a phone number for driver services the answer was a clear “no”. He stated that a customer service line would always be busy and unable to service the drivers sufficiently. Mr. Marklin discussed the things that he felt would make drivers happy.

He mentioned that the driver rates will not drop as they have in the past during this time. The focus was often shifted back to the things that drivers really did not want to hear about. Most of the concerns in the webinar were based on improvement. Luke mentioned that he and other managers have the option to drive for Uber at times. This gives them first-hand knowledge of issues that drivers experience on the road. Since they are in management positions, driving is not there way to earn income. They will not feel the rate reductions and other issues with pay.

There were some other issues such as in-app communication with riders, drivers being paid while in route to pick up, and rider pictures being added to the app. Many issues were glazed over and given a brief answer. Uber plans to adjust the communication issues in the future, but there was not much information on how or when this will happen. Questions were raised about improving the pay system so that drivers can benefit without increasing the price for riders.

Luke simply said that this is something that Uber is working on. As with UberPool, they want Uber to be a “win-win-win situation”. Ironically, moves are made to keep the riders fares low and Uber’s commission high while the driver does all of the work. One of Luke’s final messages to drivers was to use your better judgment when picking up riders. He did not touch on if Uber plans to update or address the need for more rider information in the app. It sounds like it may be one of the things that will be addressed in the communications upgrades of the app.

The most frequently used word in the comments from drivers was UNITE. At this point, it is unknown if drivers will take the hint or wait to see what happens next. Either way, each driver has down time between riders to think about it.