You can keep the glitz and glamor because this actress sparkles all on her own!

Sara Coates is an accomplished theater actor, comedian, and writer, most widely recognized for her recurring role in Syfy’s “Z Nation”.

Sara plays Serena, also known as “Pie Girl”, who has a fling with Murphy and becomes pregnant. After giving birth to their child, zombies surround them. Serena makes the ultimate sacrifice by drawing the zombies away from their child and becomes turned when they eventually overpower her.

Currently, Sara can be seen in the indie film “Lane 1974” premiering at SXSW.

What is your favorite thing about indie films?

On all the indie projects I’ve worked on there is a really strong sense of family and collaboration. I come from a theater background and more so a community theater background. It’s always a rag tag group of people making magic with little means. It’s inspiring. It pushes you.

‘Lane 1974’ follows the story of 13-year old Lane whose life is uprooted when her mother forces their family to leave the security and safety of the North Carolina commune where she grew up. Her mother insists on living off the grid where Lane and her siblings scrounge for food and occasionally attend school. After a series of dangerous and isolating events. Lane then sets out on a 600-mile journey alone in search of the “normal” life she has always imagined.

Sara plays Clarise, one of the only people in the film that gives Lane’s mother, Hallelujah, a chance. Even though Clarise thinks the best of people and their intentions, she eventually becomes frustrated by Hallelujah’s attitude, especially when the children are put in danger because of it.

Clarise leads with her heart and I tend to do the same. I want to fix anything that needs fixing. I’ve had to check myself at times to make sure I’m practicing self-care. She also has a fierce love for her children. I’m not a mom, but I have a chosen family that I am endlessly loyal to. Also, I would fight a bear for my dog, Reuben!

Why do you think the SXSW audience will love this film?

Kate Moenning (Hallelujah) and Sophia Mitri Schloss (Lane) are magic. Their relationship is so challenging and heartbreaking. Sj Chiro, the director, is a beautiful storyteller. I’m excited and honored to have worked with such strong badass women.

Do you have a new-found love for zombies, having become one on “Z Nation”?

My love of zombies and horror movies runs deep. So I was so excited when I booked Z Nation. To be a part of this genre that has such passionate fans is insane. I also love special FX makeup and I love seeing it up close. The team on Z Nation (Synapse FX) is the best of the best.

Is doing voice-over work for video games just as commanding as acting, even though no one can see you?

Resident Evil 7: Biohazard was a voice over and motion capture, so it was both movement and voice. In some ways, it’s more commanding because there are technical aspects that are out of my control. I could be giving an incredible performance and a sensor could fly off and we would have to start all over because the footage would be unusable. I also worked on the game for about 2 years. It’s a longer process in general.

Will you be in any improv shows coming up? Who can you do an uncanny impression of?

Oh my gosh I wish I was better at impressions. I’ve been attempting a Robert De Niro for years, and it keeps getting worse. I like playing men’s roles in comedy. I have a high school sports coach that comes out a lot. I’m constantly doing bits with my boyfriend. I don’t have any shows coming up, but I will forever study with UCB. 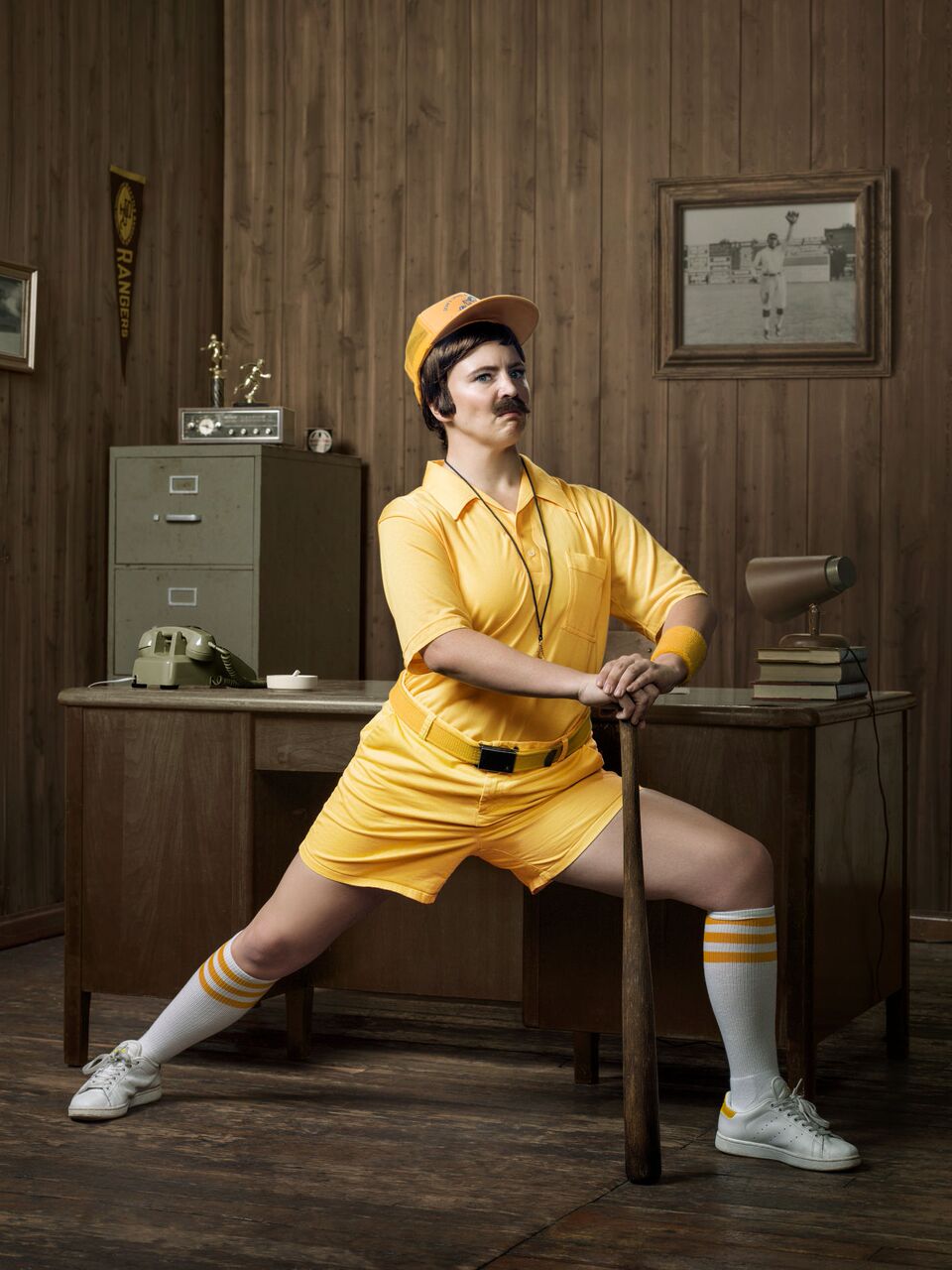 Can you tell us why you are passionate about The Trevor Project, Planned Parenthood, and the ACLU?

I’m passionate about these organizations because it’s very important for people to feel safe in who they are: to live their truth out loud, to have resources to protect their rights and to love who they want to love regardless of race, gender or sexual identity. Everyone deserves the opportunity to be heard and the encouragement to be themselves.

What is the most recent play you attended and what motivated you to want to see it?

I was a reader at Boston Court Theater for their auditions of “Collective Rage: A Play in Five Boops” by Jen Silverman. This play is EVERYTHING. Five different women collide at the intersection of anger, sex and “thea-tah”. This play is pushing boundaries, breaking glass ceilings and kicking the patriarchy in the ass. I’m in love.

What is your favorite horror movie/TV show?


I could give you MANY answers but right now I’m obsessed with Ash Vs Evil Dead. It’s a mix of insane comedy and horror. I want to jump in the screen and play with them. They are so talented and they look like they are having so much fun. I also have a huge crush on Bruce Campbell.

What true crime would you love to see made into a documentary?

When I work from home I am ALWAYS watching a true crime doc or listening to a podcast. Sword and Scale is my favorite true crime podcast; it’s so well researched and edited. I would love for that podcast to get a TV series so I can put visuals to his incredible story telling. Nothing is better than hiding under my blankets with my French bulldog Reuben Wrinkles watching documentaries.

Sara’s additional credits include the Sundance hit “Laggies” with Keira Knightley, “Rocketmen”, the indie film “Newly Single” and as you can tell from the above Q and A the “Resident Evil: Biohazard” video game as the voice of Marguerite Baker.

Netflix seems to have yet, another hit on its hands.
byAshly E. Smith