The former first couple signed a dual book deal with Penguin Publishing said to be worth more than $60M. Barack’s presidential memoir is highly anticipated.

Michelle and Barack Obama were America’s first Black president and first lady and their time in the white house is something people highly speculate on. The world won’t have to speculate much longer. The dynamic duo just scored a record breaking tell all book deal with Penguin Publishing.

Presidential memoirs tend to go for a pretty penny. Bill Clinton received $15 million for his tell all in 2004, $5 million more than the $10 million George W. Bush received in 2010. Barack and Michelle have reportedly inked a historic deal with Penguin Publishing. The bidding for the much-anticipated memoir is said to have reached above $60 million before a deal was finally struck.

More than $60 million for a book deal? That’s quite a leap for the former first couple who, for the last eight years, has had a yearly income of $400,000 along with a little less than $200,000 for expenses. The high price tag on the right to Barack and Michelle’s story gives insight into just how interested people are in finding out more about our former president, his family and their experiences over the last eight years.

We are absolutely thrilled to continue our publishing partnership with President and Mrs. Obama,” Penguin Random House CEO Markus Dohle said via prepared statement. “With their words and their leadership, they changed the world, and every day, with the books we publish at Penguin Random House, we strive to do the same. Now, we are very much looking forward to working together with President and Mrs. Obama to make each of their books global publishing events of unprecedented scope and significance.”

The former president and first lady each are said to be working on their own books in this multi-million dual contract deal. The Obamas book negotiations were handled by Robert Barnett and Deneen Howell of Williams & Connoll, who also represented the Clintons and George and Laura Bush each when they left the white house.

Barack Obama has published two previous books, “Dreams from My Father” and “The Audacity of Hope.” Michelle penned a book “American Grown,” about food and gardening in 2012.

Barack and Michelle have pledged to donate a portion of their book advances to charity, including the Obama Foundation. Penguin will donate a million digital copies to First Book, a non-profit that makes books available to disadvantaged children and to Open eBooks, which joined in 2016 with the white house initiative on digital education.

While few details have been released about the books so far, it is said that Barack’s book will be a presidential memoir and Michelle’s will be an inspirational book for women that draws off her life experiences.

BMW Tupac Was Fatally Shot in is on Sale for $1.5 Million 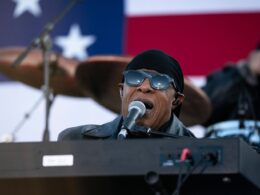 “Without truth we cannot have accountability,” he says.
byBien Luigi

The President's blackest moments just confirm that you can't outdo black people. EVER.
byNegra With Tumbao

As we reported yesterday, Elizabeth Edwards had completely shut her husband John out of her will.  Now on…
byBrennen Jones