Lego is releasing a set that includes five female NASA scientists, engineers and astronauts based on real women who were employed by NASA.

The benefit from the representation of Black female scientist in Hidden Figures just keep rolling in. Lego announced Tuesday that they will be releasing a play set featuring the iconic women of NASA one of the women who was highlighted in the award-winning film.

Lego is releasing a set that includes five female NASA scientists, engineers and astronauts based on real women who were employed by NASA. Maia Weinstock, an American science writer created the set, competing with 11 other new playset ideas. The set gained over 10,000 votes in an online forum. Weinstock announced via Twitter that her idea had beat out the others and @legoNASAwomen was becoming a reality.

Thrilled to finally share: @LegoNASAWomen has passed the @LEGOIdeas Review and will soon be a real LEGO set! https://t.co/rcyjANsVD9 pic.twitter.com/b9OVx5UBaL

Lego idea competitions take place twice a year with the chosen sets eventually added to the Lego stock. Lego Ideas spokeswoman Lise Dydensborg said that she chose the Women of NASA playset was because of its inspirational value.

“As a science editor and writer, with a strong personal interest for space exploration as well as the history of women in science and engineering, Maia Weinstock’s Women of Nasa project was a way for her to celebrate accomplished women in the Stem professions,” Dydensborg said in a video. 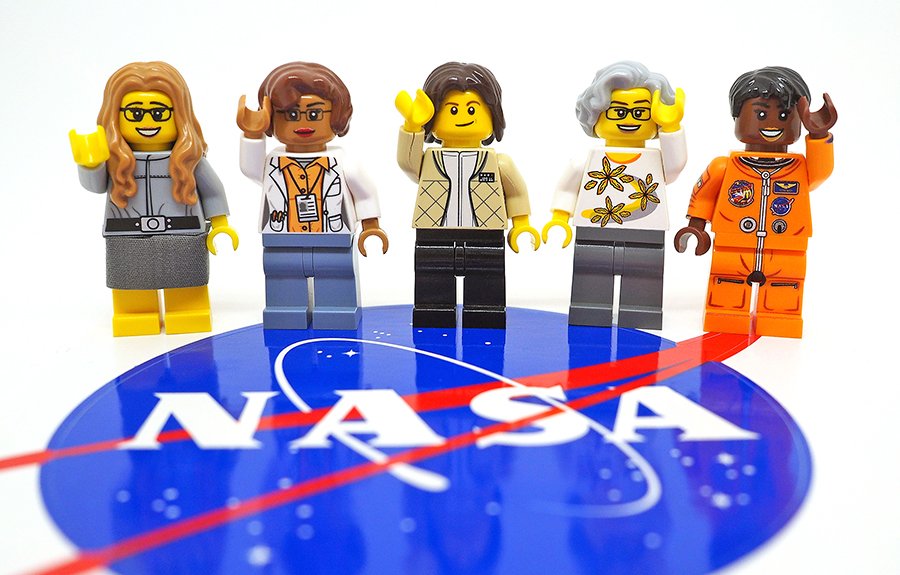 98-year-old Presidential Medal of Freedom winner Katherine Johnson made an appearance with the Hidden Figures stars at the Oscars this past weekend.

Fan reaction across the internet was positive as many cheered the new set that can inspire young girls to higher aspirations.