The bust of U.S. Chief Justice, Roger Taney, who decided the Dred Scott case 160 years ago, affirming slavery, has been moved from its longtime home outside of Frederick City Hall in Maryland.

The bust of U.S. Chief Justice, Roger Taney, who decided the Dred Scott case 160 years ago, affirming slavery has been moved from its longtime home outside of Frederick City Hall in Maryland. The decision essentially ruled that the “Negro” had no right to equality in America. 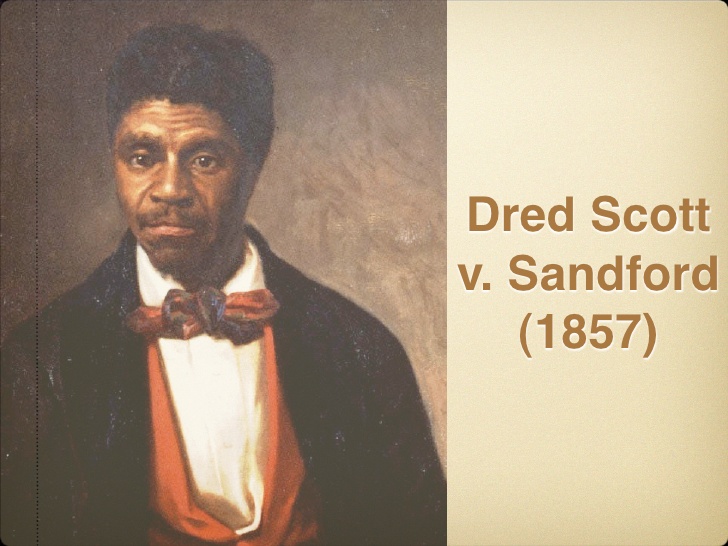 In 1857, Dred Scott, an enslaved man, who had won his freedom in court at state levels was forced to file a lawsuit with the U.S. Supreme court fighting for the freedom of himself after a series of appeals by his “owner”. The U.S. Supreme Court justices ruled against him 7-2. U.S. Chief Justice Roger Taney found Scott’s lawsuit to be invalid, citing that Scott, nor any person of African Ancestory, could consider themselves an American citizen. As a non citizen, he could not bring suit in a federal court.

It was further stated that Scott’s family could not be emancipated because it would “improperly deprive Scott’s owner of his legal property.”

America is country that was built on the backs of immigrant and slave laborers; yet today, America does it best to ignore its roots and what it owes to the descendants of those who built this nation. While reparations have not been demanded, what has been, is respect.

It’s been a long, arduous journey but day after day small battles are won. There is a constant battle to show descendants of former slave owners and sympathizers that albeit history, slavery is a blight on America’s record. Now that we’ve all acknowledged how dehumanizing and morally reprehensible slavery was, there must be a cleansing of things that celebrate slavery and those who represented it.

The bust had been in place since 1932, the City Hall building where it where it stood, was once a courthouse. The statue is being taken to Mount Olivet Cemetery in Frederick to be placed there for posterity.

There is another statue of Taney in Annapolis that is currently proposed to be removed.

While there are many who are angry that the statue has been removed, there are millions, who upon seeing the statue are immediately reminded of a time when they were considered 3/5 a person. Inhuman. To anyone who has a problem with the statue’s removal, I say to you. The American has fought the Japanese, the Germans, Iraqis and more. Do you see statues of any of our enemies in this country? Are there statues of those who sought out to destroy this country here?

No of course not.

Black Americans fought all of those same people as well as the white man in America. The Black person in America had to look no further than next door for his enemy, though he could fight alongside him in a war against others.

I dare you to explain to Me why we, as Black Americans, should have to see statues of our enemies, our oppressors and those who sought to destroy us.

If times have changed and over the course of that time, we have recognized the error in our ways, as Americans, what’s the problem. As good Americans, we should want and encourage a safe place for all, a place where no American feels as if this is a country celebrates what we as a nation, have declared wrong.

No one should have had to petition and fight to have this statue removed. It’s 2017 the fact that there still stood a tribute to the man who affirmed slavery, on state grounds, was utterly embarrassing.