Human beings walk through the world with an insane sense of competition.

At least, many studies suggest as much. Competition comes naturally to most of us; subconsciously, we compare our salaries, our talents, our looks, our houses–even our families–to others. A Harvard School of Public Health study found that a majority of respondents preferred to have a relative advantage over their peers, rather than absolute: almost half said they would rather make a salary of $50,000 when the average was $25,000 than a salary of $200,000 when the average was $100,000.

The bar we measure ourselves by is set by those around us.

Likewise, throughout the ages man has seemed to act on the instinct for revenge. The Bible is full of sobering tales of vengeance. A 2004 study conducted by the University of Zurich measured blood flow in participants’ brains; when they chose to punish others who they believed had done something wrong, the dorsal area of their brains, which is the satisfaction center, was activated. This suggests that not only do we want to have justice, we actually enjoy taking our vengeance.

These two instinctive human characteristics come together in many ways, from loving every second of a hero’s defeat of a bad guy to screaming violent epitaphs at the opposing team. They explain why we delight in shooting games, competitive sports, rooting for the underdog, and a bit of violence in general.

Take football, for example. Why do fans view the rival team as the enemy? And why do we enjoy our team’s violent behavior while we detest any sign of aggression from the other side? Freud hypothesized that aggression, like sex, is rewarding in and of itself. Although we are fascinated by violence, we want rules about how far it is allowed to go: thus explaining the rush of anger we feel when the other team cheats. The enforcement of rules gives us a sense of justification when we win, or of entitlement when we lose (see Odell Beckham Jr., for one).

This love of competitive fair play, as well the adrenalin that comes with possible defeat, make shooting games like paintball thrilling for competitors. When facing off against our friends, they are our enemy; we suspend our disbelief and trust that for a while, our lives are in real danger.

Shooting friends who have taken down our teammates feels not only justified but satisfying. After a couple hours of running around with shots flying everywhere, face is hidden behind a highly protective and feasible mask, suddenly paintballers become buddies again.

Aerobic team exercise such as this, which involves running, crawling, dodging, and shooting, bonds teammates who must learn to work together and boosts endorphin levels in the body. Of course, this elevates the natural sense of satisfaction that follows a win.

Many video games offer a similar sense of justice. In Call of Duty, opponents face off not only to destroy but to best each other. When playing single shooter games like COD, gamers must rely on their wits and problem solve on their feet in order to win.

Stress can be motivating in this situation; like with paintball, the seemingly life-or-death stakes force COD players to get creative. The process of rising up to ultimately defeat the opponent leads to a sense of slightly vengeful pride, but any unfair play from the other side really ticks us off. Whether we admit it or not, it feels good to beat someone who was trying to kill us a moment before!

The love of winning and hatred of rule-breaking crosses over into our home life not only through video games but by what we watch on TV. As of 2016, shows that involve murder made up 40% of the 20 most popular shows in the US. Seems like even the most saintly person alive wants to see zombies stopped in their tracks before they can kill human survivors on the Walking Dead. Cop shows have us racing to solve the case before the detectives can. Watching the good guy take down the bad guy or murderer gives us a sense of justice, similar to beating a rival.

Ultimately, our instincts for competition and revenge influence our choices and behaviors every day. From something as innocuous as watching TV to playing or side-lining a competitive sport, human beings thrive on the satisfaction of a well-earned win and the vindication of a rule-breakers’ punishment.

Many sources indicate that bad is just stronger than good. Can’t we help it? Is it just human nature? What do you think? 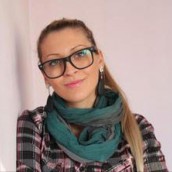 Amanda Wilks is a Boston University graduate, a writer, and researcher. Being a regular blogger for numerous prestigious online publications, her interests range from sports and social activism to education and entrepreneurship. You can follow Amanda on Twitter @AmandaWilks01.