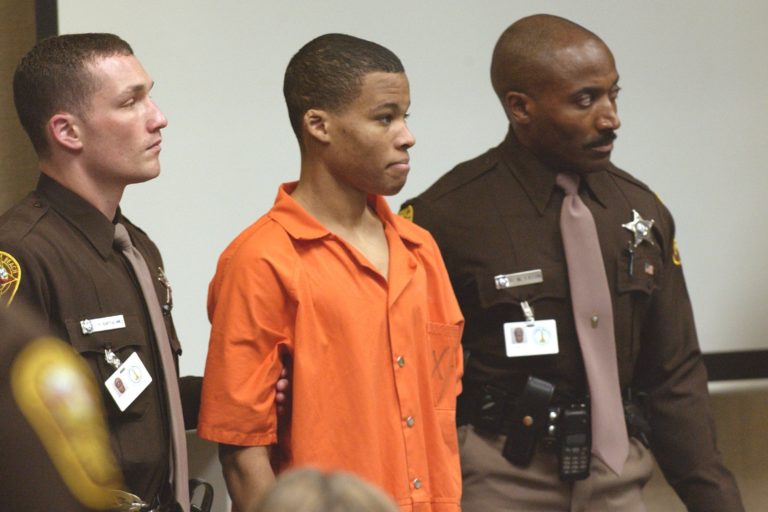 Lee Boyd Malvo was convicted in the “D.C. Sniper” shooting cases in 2002 for capital murder for allegedly shooting FBI analyst Linda Franklin. Franklin was shot in the head outside a Home Depot store.

Reports confirm that during the ruling, a U.S. District Judge Raymond Jackson alleged Malvo was entitled to new sentencing hearings considering the U.S. Supreme Court had ruled that mandatory life sentences for juveniles are unconstitutional.

Malvo was 17 when he was arrested in 2002 for a series of shootings that killed 10 people and wounded three, over a three-week span in Virginia, Maryland, and the District of Columbia. The shootings caused a lot of panic and fear throughout the region.

In his defense, Malvo expressed that his accomplice, John Allen Muhammad, then 42, sought Malvo out and “molded” him into partaking in the dreadful killing spree.

Malvo’s initial trial took place in Chesapeake, Virginia. According to Virginia law, the penalty for capital murder is a death sentence or life without parole. During the trial, the prosecutors sought a death sentence, but a jury opted for life in prison.

His accomplice Muhammad was executed in 2009 while Malvo has been serving his sentence at Red Onion State Prison in southwest Virginia.
The Red Onion State Prison is branded a “super max” facility which means two -thirds of the population of the prisoners is held in solitary confinement. The prisoners spend 23 hours per day alone in 7 by 12 feet cells with slats for light.

Do you think the justice system making the right decision by overruling the two life sentences of the killer sniper?