Everyone has been laughing at Usher, but it looks like it’s the singer who will get the last laugh. The 38-year-old entertainer has been accused to exposing multiple women to herpes without warning. Credible sources have come forth however, with new information.

I’ve been one of the first to defend Usher, who has been given no consideration as his name is defamed all over the internet. The jokes and memes have been crazy, Usher has kept silent. I don’t know the man personally, but I do know, like Bill Cosby, he hasn’t said a word confirming the accusations. People were willing to give an accused rapist more of the benefit of the doubt than a man accused of STD exposure.

The media has been publishing articles about Usher’s so-called herpes exposure for almost weeks now. Yesterday, TMZ published an article claiming that lawyer, Lisa Bloom, plans to file a lawsuit on behalf of multiple clients, one of them being a man, who claims Usher exposed them to herpes. 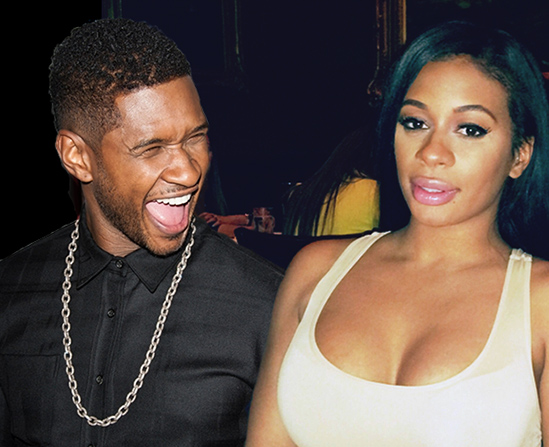 While usher has not made a statement, sources inside his close circle are talking. These sources are saying that Usher is not only vehemently denying sleeping with Quantasia Sharpton, one of the accusers, but also denies having herpes.

In fact, the source claim that the reason Usher has stayed mum throughout the accusations, is because he is mounting a defamation lawsuit against his accusers and their lawyers alike. 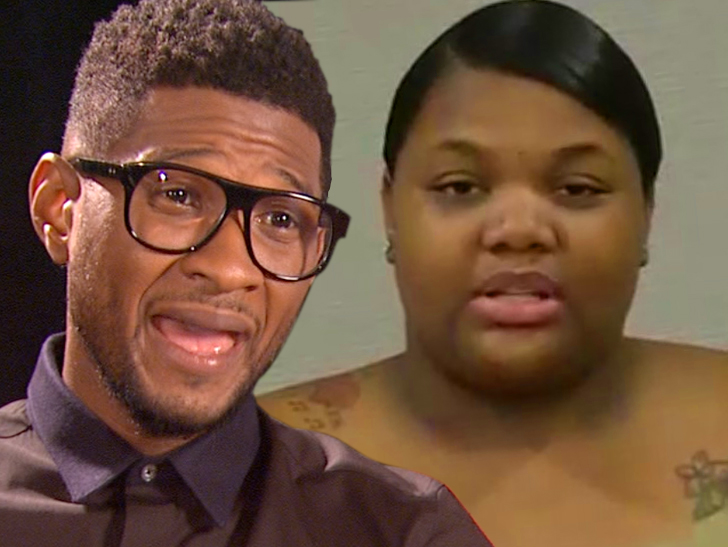 It’s unheard of for a lawyer to be so publicly involved in a case like this where there can be question of libel and defamation. I would think that someone would confirm the singer has herpes before holding press conferences. Bloom is hoping to compel the singer to be tested and get a court order forcing him to reveal his status to future sex partners.

These allegations from multiple people started to surface after court documents were leaked alleging that Usher paid a $1 million settlement to Maya Fox-Davis because he had infected her. The singer’s camp has also denied those allegations, saying instead, the money was payment for babysitting the singer’s young sons. Also, the source points to the fact that only pieces of this alleged court document were revealed and can’t be verified as authentic. 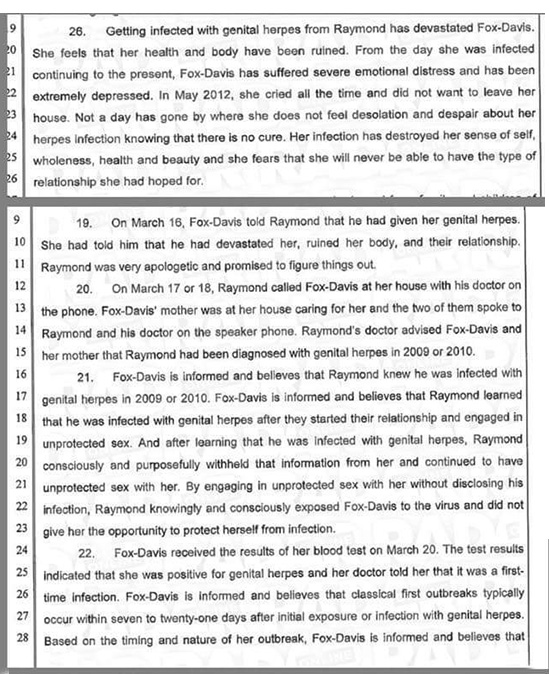 Meanwhile, while holding press conferences and claiming to be distraught, Sharpton, who held a press conference earlier this week, was on social media posting about how she “needs money” and is “enjoying her last few hours as a regular girl.” Pathetic. Of course, her lawyer says her needing money has nothing to do with her suing the singer or her allegations of him exposing her to the STD.

Meanwhile, as if they are trying to destroy Usher’s career before he has given one statement, TMZ has even reported that Usher’s insurance company will not assist him with these lawsuits because they don’t cover communicable diseases. Sheesh, is there anything about Usher they haven’t found out yet? Oh yea, no one has confirmed he has herpes.

We won’t even go into details about why there is a man suing Usher claiming he too, had sexual contact with the singer. We just won’t.

Vibe and Sandra Rose both have published article dispelling the Usher herpes allegations. I guess we won’t know what’s real until the singer himself speak or files his lawsuit. What I do know, is that until he speaks, I’m not taking the allegations seriously and regardless the outcome, I’ll always be a fan.

In The Trailer For The Documentary ‘All The Streets Are Silent,’ Hip-Hop And Skate Culture Collide In New York City

A Trailer For E3 2021, An Event Where You Mostly Just Watch More Trailers, Has Been Released

Polo G Defiantly Proclaims That He, The Kid Laroi, Or Lil Durk, Has No Return

How to Get the Best Outdoor Patio Cushions

Usher's Herpes Rumors Helped Me Deal with My Own Positive Status. No More Hiding in the Shadows.