Usher’s Herpes Rumors Helped Me Deal with My Own Positive Status. No More Hiding in the Shadows.

I, like many females fans, had a mixed reaction when I heard the rumors that Usher was infected with herpes simple 2 and spreading it to people unknowingly. I first felt sympathy for Usher, not his alleged victims. To some, that is hard to understand but let me explain why, I know what it’s like to hide who you are for fear of public humiliation and loss of career.

Though, it has now been claimed that Usher could not have passed the illness to any of his former lovers, but that he is not even infected with the STD, the idea of Usher having herpes made me feel free. I grew up an Usher fan, He is only two years older than myself so when his “My Way” album dropped while he was in his late teens, I was an instant fan. Not only was his music soulful and catchy, but he could dance and he was fine as hell too.

I’ve had a major crush on the man since the song “My Way”. Over the years, I even fell in love with a woman who loved Usher even more than myself. She would throw the singer birthday parties, complete with a cake, and dance around the house listening to his music all day.

She, like Usher’s alleged sex partners, didn’t know that all along, while we were in love and loving Usher, that I was hiding a secret. 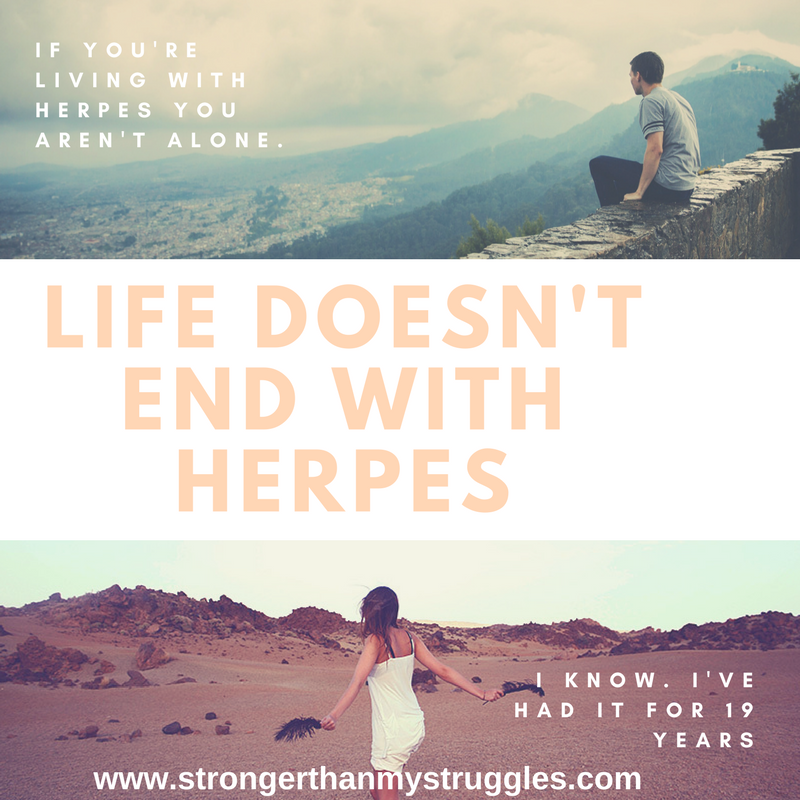 In 1996 My mother was diagnosed with HIV and I hated her for it. She had never been much of a mother and now this disease was threatening to take her away from me. You would think that my mother’s ailment would have made her talk to me about sex, or me be more cautious sexually, but it didn’t. My mother never admitted to us children she was HIV positive, we had to learn from other sources. Because she never wanted to admit her plight, she didn’t have the pertinent conversations with me, to teach me to protect myself.

I was 17-years-old and in love with an older guy when I noticed something wrong with me. My vaginal area was burning and there were sores that look like little knife cuts. I couldn’t figure out how I got tiny open wounds in my vaginal area, one morning I left the house as if I were going to school but went to the free clinic instead. I was told I had genital herpes. I was 17, and I thought my life was over.

I couldn’t tell anyone, not even my mother who understood STD’s, because our relationship was so abnormal I knew she’d tell everyone and use the info to emotionally abuse me. I suffered in silence. I never told my mom, nor my grandmother, whom we lived with.

When my mom died a few months after my diagnosis, my grandmother decided to put me in the system. Children protective services ran every test imaginable on me and found out I had herpes. When I later went to live with my father, it was on my paperwork and him and his wife were alerted without me telling them. They never did anything to get me help, or to guide me on the right path to dealing with it. I was a child.

After I had my son and moved out of my father and step mothers home, I was just out there. I had no good common sense from my upbringing. I was rather easy, felt unloved and unworthy of love and treated my life as if it didn’t matter. Initially, I tried being honest about my illness with the guys I met, the news was not always met with maturity. Eventually, I decided I would only tell people I thought would be around for long periods of time. I hated the constant rejection and always feared exposure.

In 2006, when I decided to join the adult entertainment industry, my main fear was someone finding out that I had an incurable std. It terrified me and stifled my growth. There were things I just could not do because of my health status I avoided anything that would require testing or public accountability. I recorded mainly with my actual boyfriend and sex partners who were privy to my health status. I’d be a liar if I said that I told everyone I slept with during that time frame or who even ate me out.

It got to the point in my life that I became so adept at hiding my STD status that for a while I blocked it out. It was almost as if it wasn’t even real, no longer a part of me. In 2008 I fell in love, it was love at first sight and we slept together on the first day. After a month of dating, I knew that I was head over heels in love but couldn’t muster up the courage to tell the guy that we had been having sex regularly, including oral, without me telling him my STD status.

Once I revealed that I carried herpes, he was upset but not furious he laid into my ass good but he too, had fallen in love, and accepted me wholeheartedly. Never once in our three-year relationship did he use it hurtfully.

I slept around after our relationship ended but didn’t date anyone seriously. While sleeping around I told 2 out of 5 sex partners about my herpes infection. I was still protecting my legacy. Though I had now retired from doing adult work, I was and still am, making money off My old work and fans. I didn’t want to jeopardize that.

In 2014, I finally met a man I wanted to actually be with. I told him early on, remembering how good it was with my last ex once I was honest. He accepted me, so by the time we started having sex, I didn’t have to fear him finding out. He knew before we ever got intimate.

I started to realize I was ready to only date if I could be real. Earlier this year, when I decided to publish my third book, Reflections of a Survivor, I decided that I would finally publicly reveal what I had been hiding for 19 years. I told myself that I would expose myself to the public and take whatever consequence came my way.

In the midst of me releasing the book, two major things happened. I fell for a guy and Usher was accused of having and spreading herpes to multiple people.

While working on the new book I met a guy who fit my criteria for perfect man so well it’s scary. He looks at me like I am the best thing he’s ever seen and the passion that emanates when he looks at me, keeps me blushing. The first time we were alone, he was looking at me like he would devour me, I took the time to be very upfront about my situation. I told him I was diagnosed as not only legally disabled but that I have had herpes for 19 years. I cried telling him because I couldn’t see him staying. He did. He held me while I cried and told me it was okay. He kissed me, and we had sex that day. A week later he went and got tested and brought me his paperwork so I would feel comfortable Since we started dating, he gets tested weekly but he doesn’t bring up my illness.

Emboldened by being so accepted, I reached out to my former sex partners that I hadn’t told. I had decided to share with them before the book was released and they heard the information from someone other than me.

Each that I told took it well, but one has ducked me since I told him I wanted to talk to him. I guess he doesn’t want to talk about it. I gave him enough info to know the convo we needed to have was about an std.

When Usher was accused of spreading herpes, after my sympathy for him, I was overjoyed. I was actually hopeful that he did have it because a mainstream celebrity having it can assist in normalizing it. With 90% of the people in the world carrying some form of herpes, you’d think it would be a topic more discussed. Like I say in my essay, “A Life of Authenticity “found inside “Reflections of a Survivor”, though so many people carry it, no one wants to talk about it. Not talking about STD’s is killing people and running lives.

The biggest bonus to the Usher herpes allegations, was the conversations being had around it. Though it is now being said that Usher does not have herpes and is planning to sue his accusers, I am grateful for the conversation starter. I am grateful of the journey I’ve been on that allows me to now say that I have had herpes for 19 years. I’m grateful for the fact that I now know I am worthy of love and affection despite what ailment I have.

I am glad that usher doesn’t have it, but I am so grateful that he was the centerpiece to start honest conversations about it. Even more, I am scared but excite that I no longer want to live in the shadows. Follow my journey via Stronger Than My Struggles.

Q&A with James Chressanthis, the Director of Photography for NBC’s ‘Gone’

Addressing the nursing shortage in the US healthcare system

How to Cope & Heal After Suffering a Personal Injury

Q&A with James Chressanthis, the Director of Photography for NBC's 'Gone'

Women of Color and Plastic Surgery: A Look at the Complicated History and Recent Uptick in Augmentations in Minority Communities

Euro 2021 is Around the Corner: Here’s What You Need to Know

In Her Latest film, ‘The Water Man,’ Rosario Dawson Discusses Life As A Cancer Patient

Michael B. Jordan Remembers His “Worst Audition Ever”

On ‘SNL,’ Dave Grohl And Seth Meyers Talk About A Funny Story About Charles Barkley And Nirvana