Mattis says he’s delaying implementation of the order until military experts weigh in on the issue since most experts agree that the ban would be a terrible idea.  His full statement can be viewed below:

Trump claimed to have consulted with “generals and military experts” before announcing the ban but Pentagon officials were completely surprised with the policy change which was announced in typical Trump fashion, by a tweet. Interestingly, it was Mattis who delayed the Pentagon’s plan to accept new transgender troops until more studies were completed to assess the effect of an influx of transgender troops would have on the military.

Previous research has found that health care needs of transgender troops would only add up to an extra $8 million per year (about one-fifth of what it spends on Viagra), and would have next to no impact on military readiness.

Mattis’ personal views on LGBT persons serving in the military remain unclear. However, in “Warriors and Citizens: American Views of Our Military,” a book co-edited by the Defense Secretary, the following sentence appeared: “We fear that an uninformed public is permitting political leaders to impose an accretion of social conventions that are diminishing the combat power of our military.”

Although a Department of Justice policy states that the president cannot be indicted in federal court, the argument being pushed by Trump’s lawyer has never been tested in the Supreme Court.
byBien Luigi 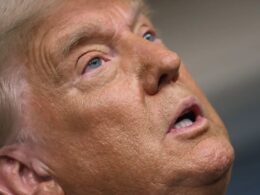 It didn’t take long for chuckleheads to take gain of people trying to rob Biden of his just win.
byBien Luigi

Is Herman Cain a viable Presidential Candidate or just one with a gimmick that he hopes work?
byThe Word Pimp