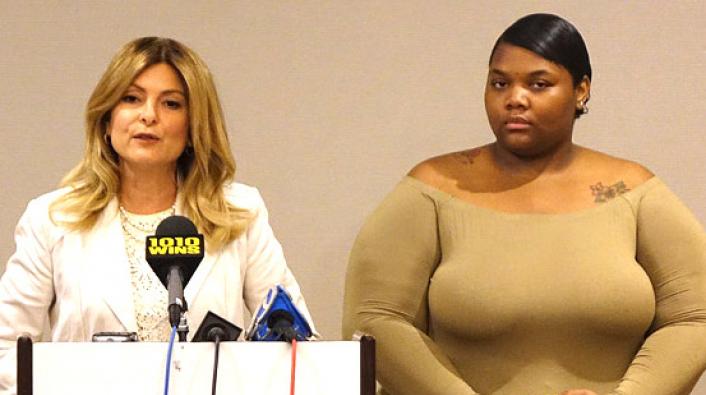 Recently Usher was hit with accusations of sleeping with a woman named Quantasia Sharpton without letting her know that he allegedly had, or has herpes. Since then, Sharpton allegedly lied during an interview by saying that her alleged time spent with Usher was caught on camera via a sex tape.

During an interview with Miss Jacob, Sharpton said she made a sex tape with Usher and that the singer was in on the idea. However, that proved to be false, and her lawyer Lisa Bloom came out to say that the statement from Sharpton was a “misunderstanding.” For those unaware, Lisa Bloom is the same lawyer that represented Blac Chyna and was able to get a restraining order against Chyna’s ex-boyfriend Rob Kardashian.

Bloom went on to say that despite Sharpton’s claims, there is no sex tape. Despite there being no sex tape, Bloom and her client believe that footage of the two being together in the same place may be on the hotel’s surveillance footage from that night.

Since there was no sex tape and Bloom came out to deny the claim, this may take away from Sharpton’s credibility in court.

Beyonce’s Heat: Releases Her Own Fragrance