The festival is a free family friendly event with food, fun, entertainment and even a tent to learn more about our cultural heritage.

This weekend marks the 28th anniversary of the Kunta Kinte African Heritage Festival. As a child, I’d attend with My grandmother, who never was one to let us ignore our rich heritage and history. As a young child, I spent many days in her home library, reading up on African history and culture as well as the history of the African in America.

My grandmother is no longer around, but as I prepare to attend the festival tomorrow, I feel as if I’m taking her with me.

Even if you had never understood the rich heritage and history afforded to us all, when Alex Haley dared to do the unthinkable, and trace his roots back to their beginning. I, like most, first heard the name Kinta Kinte in the television miniseries, Roots, based off of Haley’s bestselling book. Roots depicted the story of Haley’s ancestors who were stolen from their homeland of Africa and taken to America to be slaves.

The book and series both focused on the life of a young Kunta Kinte as he transitioned from free child, enveloped in his own culture, family and heritage, to property, owned by a master and beat into assimilation and obedience. Kinte was brought to America on a ship that landed in Annapolis, MD in 1767.

I’ve got my outfit ready and my mouth is craving samosas, hope to see you there. 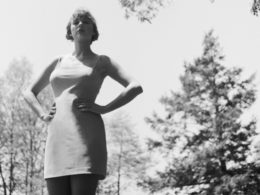 Taylor’s fourth week at No. 1 comes after the singer surprised a number of indie record stores with autographed copies of Folklore.
byBien Luigi

Alfonso Ribeiro really wowed the viewers and the judges on Dancing with the Stars.
byPascal Mnyika