After a three year hiatus, Joshua Worden is set to release a 12-track EP titled ‘Cinders.’ It will serve as a follow-up to his 2014 album, ‘Into The Fog.’

Atlanta artist Joshua Worden is finally ready to release a follow-up to his debut album, Into the Fog.

It’s been quite a journey for Worden who dropped his last project in 2014. Now, three years later, he’s set to release a 12-track EP, Cinders.

“A lot of stuff has happened between then and now,” said Worden in a press statement. “I got married, bought a house, completely renovated it. All this ‘life stuff’ started taking up more of my time that I was devoting to music, as it often does when you’re in your 30s and having to grow up a little bit.” It seems these will be reflected in the EP as well.

“Some of the reasons I make music have simplified,” said Worden. “I don’t have a lot of the same pressures of worrying about, you know, ‘How is this going to be received? Is this going to be successful or not? What is this going to do for my music career?’ It’s more doing it for myself—discovering truths, figuring things out about life through music.”

The album’s release date has yet to be revealed, but in the meantime, check out Worden’s single, “Bivens Arm,” for the forthcoming EP below.

T.I. Ordered to Report to Prison by November 1st

T.I. may have caught a break yesterday when Prosecutors said on Monday that they would not be filing…
byBrennen Jones 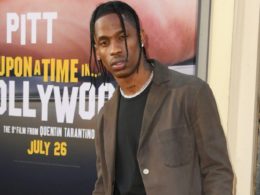 Have you always dreamed about helping musicians launch or guide their careers? Check out these essential steps to start a record label.
byTUT Staff