Many would argue that we’re living in a real-life nightmare. But rapper Colvin is choosing to channel these dark times into positivity with his EP, ‘Nightmare.’

With Donald Trump in The White House, many would argue that we’re living in a real-life nightmare. But rapper Colvin is choosing to channel these dark times into positivity with his EP, Nightmare.

“Nightmare talks about all of the dark sides of the fairytale,” read a statement from the rhymer in a press release. “The parts of the story not written in books. All though [sic] these times maybe dark, that doesn’t necessarily make them bad. In order to appreciate the rainbow, you have to endure the rain. The rain will help you grow.”

Falling in line with the theme and title, the project draws inspiration from classic horror films like Insidious, Tales from the Darkside, Tales from the Crypt and Wes Craven’s body of work.

Nightmare, which is the first installment of Colvin’s Dreams of a Songwriter series, will kick off the telling the story of the rhymer’s life and “the way the world is seen from the viewpoint of a songwriter and Creative [sic].”

Check out the video for the eponymous track above. The full EP is scheduled to drop on January 23.

Baltimore, the City that Bleeds. 343 Murders So Far this Year.

Breezy, Busta Rhymes, Chris Brown and Lil Wayne bagged the awards from the BET Awards.
by

'Queen and Slim' is a love story filled with a tragic beginning.
byChristina Jeter

Reports: Beyonce Going into Labor at Any Moment

Beyonce may be in labor and having her baby a little earlier than expected.
by 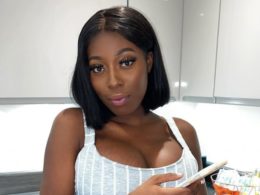 A cause of death has not been announced as a message continued to ask for the family’s privacy during this difficult time.
byBien Luigi