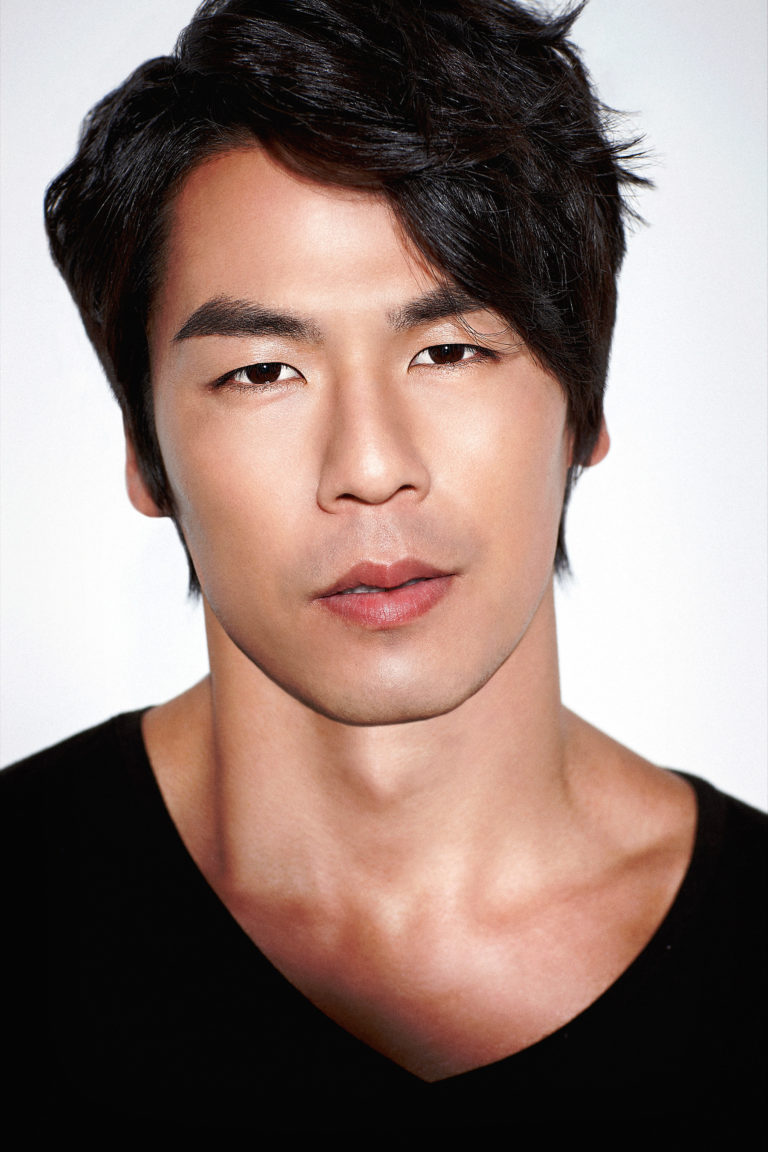 Born in Los Angeles, California and of Chinese and Japanese descent, Rich Ting is the quintessential ingredient to movie making success. Landing lead roles in front of and behind the camera, so highly in demand are the expertise of Ting ‘Je Ne Sais Quoi’ that when not in a movie studio he is on a billboard or magazine feature advertising luxury fashion brands.

In 2013, Ting made his Korean debut in the KBS (Korean Broadcasting System) espionage TV drama series entitled, “Iris 2: New Generation”. Shot a short drama film, “Prisoner of Mind” in New Mexico, which is set to be submitted to film festivals in 2018. Stars in Paramount Network ‘Waco’ on January 24, 2018 and Cinemax drama series “Warrior” Fall 2018.

Did you know how to speak Korean before you worked on projects in the Korea?

Yes, I am proud to say that I am conversational in Korean.  Prior to working in Korea in 2014, I did not know how to speak Korean at all.  As a fourth generation Chinese-Japanese Asian American, Korean has always been a language that interested me.  Because I have had a tremendous appreciation of Korean dramas and cinema as well as music, I eventually wanted to have an opportunity to study the language.  Having arrived in Korea in the summer of 2014, I quickly submerged myself with the Korean culture and began studying Korean intensely.  After a couple weeks, I could read and a write and after a few months, I was able to have basic conversations with people.  Once I began to understand and interact with my Korean friends, my comprehension and overall vocabulary quickly picked up speed.  I always say that “you learn what you love”, and I definitely love the Korean language.

What was your role in the film “Prisoner of Mind”?

I play the character of “Paul Nguyen”, a graduate student at Georgetown University in Washington, D.C., who works as a tour guide for people visiting the National Mall, including the Vietnam Memorial.  Unbeknownst to Paul, Vietnam War vet, “Sgt. Matthew Medder,” has been stalking and studying Paul and his family’s background.  Sgt. Medder, a Vietnam P.O.W. who was a prisoner in a North Vietnamese prison camp, discovers that Paul is the grandson of the North Vietnamese commander that held him captive. Suffering from severe post-traumatic stress disorder (P.T.S.D.) as well as various other mental illnesses, Sgt. Medder strategizes and eventually seeks revenge on his former captor by kidnapping and torturing Paul.  The film focuses on the numerous illnesses as well as P.T.S.D. that our war veterans suffer from and experience upon returning home from war.  Throughout the intense dialogue and conversations between Paul and Sgt. Medder, it becomes evident that these war veterans continue to require additional medical care and attention throughout their recovery and assimilation back into mainstream society.  The film addresses the issues of revenge, hope, forgiveness as well as the impacts and influences of religion, including Christianity. 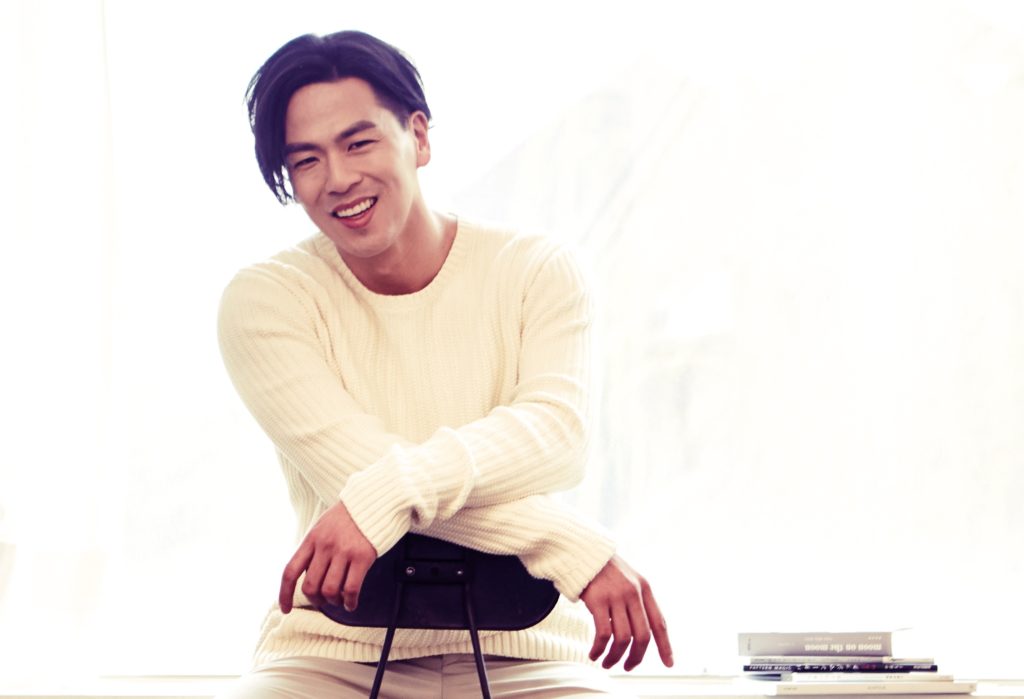 How did the role in “Waco” come about?

I was cast for the role of F.B.I. Hostage Rescue Team (H.R.T.) sniper, “Lon Horiuchi,” in the Paramount TV series, “Waco.”  My agent notified me that casting was searching for a Japanese American actor to play the role, and they wanted to find someone who closely represented the real-life character.  I was cast by the director, John Erick Dowdle, as the recurring character of the F.B.I.’s top sniper in the series. Coincidentally, this was my second casting as a true, real-life character starring alongside fellow actor, Taylor Kitsch.  (I previously filmed with Taylor Kitsch in the feature film, “Lone Survivor,” where I played U.S. Navy Seal, “James Suh.”)

Did you know about the “Waco” incident before the production?

Yes, definitely.  I remember being in junior high school at the time the real “Waco” siege took place.  Like millions of others, I watched the entire 51-day siege of the Waco compound on various news channels, including CNN.  I was absolutely glued to the television every day, anticipating how the FBI and ATF were going to escort all of the Branch Davidians out of the compound as well as arrest and apprehend David Koresh.  It was a surreal experience, to say the least when I arrived on the set of the Waco compound in Sante Fe, New Mexico as it was an exact replica of what I remember seeing on television as a young teenager.  The FBI headquarters, tents, tanks, and vehicles were positioned in the exact same locations as I had remembered seeing them on the news. Even the cars and buses adjacent to the compound were the same.  The overall accuracy and attention to detail by our production team was second-to-none.

For your role in “Warrior”, how honored are you to be portraying writings and works inspired by Bruce Lee?

It has been such an honor to be not only cast for this amazing project but to also be playing the real character of martial arts legend and close friend of Bruce Lee, “Bolo Yeung”.  This project has impacted me in so many ways due to my childhood connection with Bruce Lee, as he was the sole reason for why I began studying martial arts at the age of 4-years old and continues to be one of my lifelong idols.  Having the opportunity to work with his daughter, Shannon Lee, as well as director/executive producer, Justin Lin, executive producer, Danielle Woodrow, and writer, Jonathan Tropper, words cannot express how honored I am to bring to life an idea, vision, and dream of the legendary martial artist and my childhood idol, Bruce Lee.  Ironically, throughout my life, I have often been referred to and called “Bolo” or “Chong Li” from my family, close friends, and numerous athletic teammates.  Known for his notorious characters in “Enter the Dragon” and “Blood Sport,” Bolo Yeung has been someone I have also idolized due to his muscular physique and overall strong character acting.  Being cast as “Bolo” in “Warrior” represents the biggest win of my career thus far as I am portraying the most iconic and hyper-masculine Asian character known throughout the world in a TV series written and created by the greatest martial artist of all time.  I would never have imagined I would be given such an opportunity as a 4-year old child watching both Bruce Lee and Bolo Yeung in “Enter of the Dragon”. 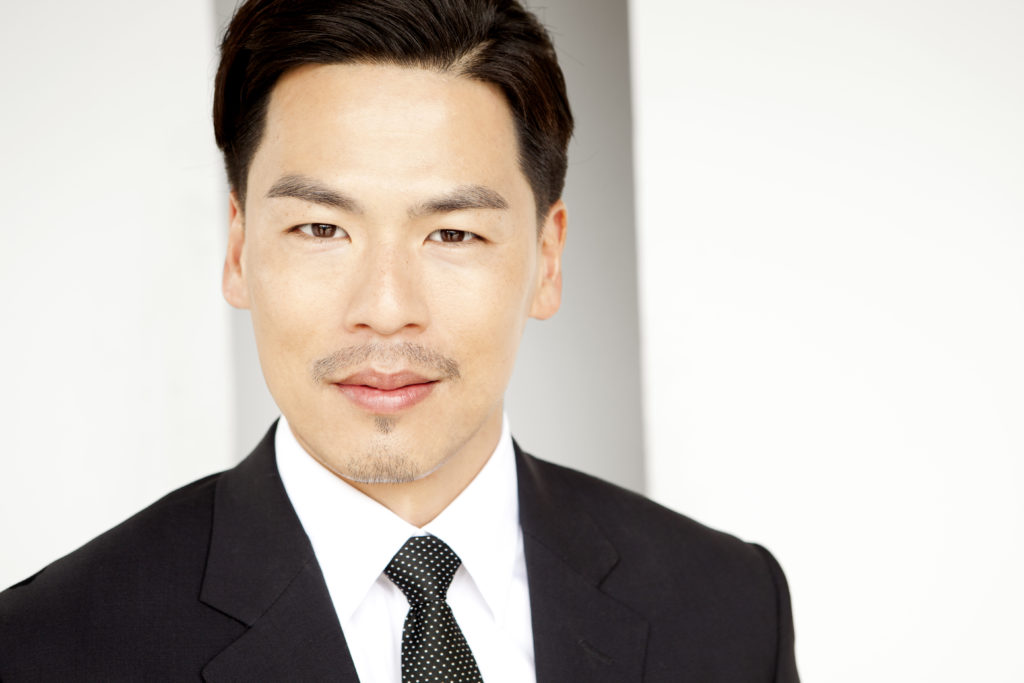 You are filming in Cape Town, South Africa, what has been your favorite experience in the continent (location) so far?

Fortunately, I was able to take advantage of my first month of filming in Cape Town by visiting as many tourist destinations and locations as possible. I have traveled to the Cape of Good Hope, Table Mountain, Camps Bay, Hout Bay, False Bay, Boulders Beach, Kirstenbosch National Botanical Garden as well as various wineries at Constantia.  Despite having visited all of these magnificent places in the Western Cape, my favorite experience so far has been my interaction with the people of South Africa.  The diversity and multiculturalism of South Africa have created such a dynamic and culturally rich environment that is evident through its people.  I cannot stress how kind, loving, and overall hospitable the people of the Western Cape are, and I am truly humbled to be able to work and experience their country.

How do you apply your martial arts training to everyday life, not just your acting? How does it benefit you mentally?

Martial arts have always been a significant part of my life.  It emphasizes and strives to teach self-discipline, self-control, integrity, focus, commitment, balance, and perseverance.  All of these qualities apply to not only the craft of acting but to life in general.  My martial arts training established the foundation of not only my biomechanics as an athlete but also the mental, emotional, and spiritual structures of having self-discipline, self-respect, self-control, and perseverance.  I believe that with the culmination of both my martial arts training and the morals and lessons established by my parents at a young age, I have been able to stay focused and committed on being not only an obedient and respectful son but also a well-rounded individual. Throughout the various adversities we are confronted with and face in everyday life to our individual careers to our personal relationships, I am grateful and extremely thankful for my parents allowing me to begin my martial arts training at such a young age so that all of these values and foundational qualities could be installed and integrated into my early development as a young child.  I believe that these same qualities co-exist and intersect with my training as an actor, and I continue to use all of the tools and techniques from my martial arts background to help me grow and mature as an actor.

You have an extensive resume, what project has been your favorite to work on so far?

Ever since I began my career as a professional actor, I have approached every project as if it were my last.  Whether I have been cast as a guest star, recurring, or lead, I have always been extremely proud and humbled to be chosen for that particular character and project.  However, to date, I am most proud of my current TV series, “Warrior”. Due to my childhood connection and continued appreciation of Bruce Lee, words cannot express how grateful, flattered, and humbled I am to be playing the character of “Bolo”, the universally feared fighter and top lieutenant of the Hop Wei Tong, in TV series created, written, and envisioned by the greatest martial artist of all time.  “Warrior” represents the perfect storm of my career thus far having the opportunity to work with the daughter of Bruce Lee, Shannon Lee (Bruce Lee Entertainment), director/executive producer, Justin Lin, and executive producer, Danielle Woodrow, (Perfect Storm Entertainment), and writer Jonathan Tropper (Tropper Ink) as well as film in such a beautiful country as South Africa.

What actor have you worked with, that gets you star struck?

I had the opportunity to work with Angelina Jolie in “Salt.”  She was an absolute pleasure to meet, work, and train with.  I will never forget when I met her in a reserved suite at the Waldorf Astoria Hotel in New York City, in which was converted into an entire workout studio for us.  I was patiently waiting for her alone in the suite when her security informed me that she would be arriving soon.  Dressed in a long sleeve black t-shirt, black leggings, and black boots, Angelina entered the room, smiled, and extended her hand to me.  “Hi, I’m Angelina.  Thank you so much for coming and helping me out in this scene.”  Dumbfounded by her genuineness and overall kindness, I simply replied, “It’s my pleasure.”  After working with her on “Salt,” I cannot put into words how incredible, professional, and loving she is as a person.  I remember telling my mom after wrapping this film, “I now know why every woman wants to be like Angelina Jolie.”  I will never forget this memorable time working with her as an actor but more importantly getting to know her as a person.

You modeled for some top luxurious fashion brand names. What brands are some of your favorites to wear?

I was extremely fortunate to have modeled for top luxurious fashion brand names, including Gucci, Kenzo, Louis Vuitton, Dolce & Gabbana, Ed Hardy, Christian Audigier, American Rag, Roberto Cavalli, Gianni Versace, Giorgio Armani, Calvin Klein, Canali, Guess, Kenneth Cole, Macy’s, and Saks Fifth Avenue.  Modeling for such designers has allowed me to expand my knowledge of the fashion world as well as my personal style.  As a result, I have enjoyed wearing and incorporating all of these top fashion brands in my regular life.  I look forward to the opportunity to work with more top designers and fashion brands in the future. 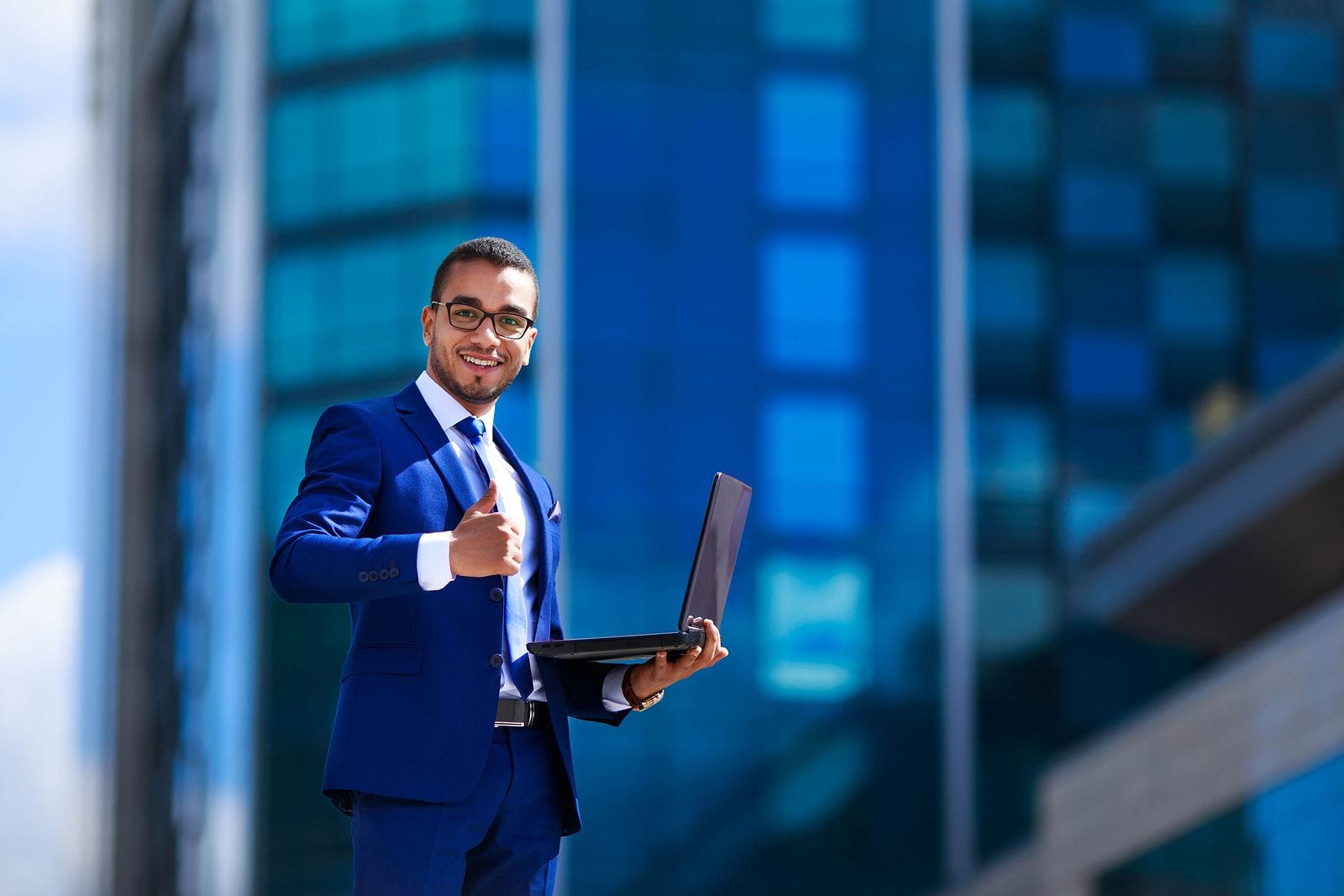