VH1’s “Love and Hip Hop: Miami has brought race and culture among latinos to the forefront. Amara La…

VH1’s “Love and Hip Hop: Miami has brought race and culture among latinos to the forefront. Amara La Negra, the gorgeous black Dominican singer and dancer, has been speaking out about the challenges of being a non-racially ambiguous black latina in the entertainment industry.

Latinos, willfully, refer to themselves as light-skinned or dark-skinned. For example, Ricky Martin would be light-skinned although he is of Castilian and Corsican- descent aka white. A black man born and raised for a bit in Santiago, Cuba; Faizon Love would be dark-skinned. But it’s bullshit. We’ve created a false facade of “unity” by purposely excluding color from our dialogue. For white and mestizo latinos, race isn’t something that’s necessarily addressed on a regular basis. After all, representation is abundant. On the black-hand side, it’s quite a different narrative. Now, there’s a movement of “afro-latino” pride. But why have afro-latino or dark-skinned become words of choice when referencing black latinos?

It’s both nuance and erasure. For example, Rosario Dawson and Mariah Carey are considered afro-latinas. Rosario Dawson’s mother is a mulata and her father is white. Carey’s mother is white and her father is Black American and Venezuelan. There is speculation that her grandfather is of African-descent but it’s not been confirmed. And this is where my opinion differs from most in that regard. The afro-latino umbrella encompasses racial ambiguity. Even though people of majority African-descent come in a variety of shades and hair types, certain latinos will get an invite to the cookout by, simply, having a small percentage of black blood. Hence, the erasure of blackness.

Identifying as black, first, is a very American thing. Typically, other nations identify by nationality in lieu of race. Latin America and the Caribbean included. And with these countries having the biggest population of Africans outside of the continent in this hemisphere, those of us who are black should be able to say that we are without taboo. Claiming blackness, previously, was looked down upon by latinos. The failure to see acknowledge the black people in our respective countries has been a long-standing practice.

That’s why it’s vital to say “black” when distinguishing race among latinos. Using that word, specifically, refers to someone who looks like Juju, Melissa De Sousa, Andre Royo, or Laz Alonso. There is no guessing or vagueness when it comes to what blackness entails.

Race and ethnicity are not mutually exclusive. With that said, if black latinos want to be recognized FULLY; we can no longer hide under dubious labels and ambiguousness.

Tips for Visiting New York on a Budget 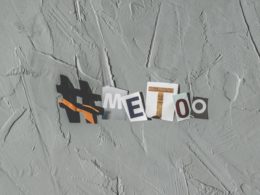 Five Things You Should Know About Sexual Violence

In 2006, American activist Tarana Burke started the Me Too movement. Her goal was to empower and encourage girls who had undergone sexual abuse to speak.
byTUT Staff

How Unique Pieces of Jewelry Could Elevate Your Outfit

Jewelry of all kinds can elevate your outfit, so you can look and feel your best.
byTUT Staff

12 Most Extravagant Wedding Rings of All Time

What are the most extravagant wedding rings the world has ever seen? Take a look at this rundown of gaudy and beautiful rings.
byTUT Staff