The case is closed involving the mystery actress who bit Beyoncé.

The “#WhoBitBeyonce” mystery that has been a trending topic on social media for the last week has finally been solved. According to a report from Page Six, the mystery woman that allegedly bit Beyonce on the face at a party is actress Sanaa Lathan. Earlier this week Lathan strongly denied it was her.

Sources say Lathan had been talking to Jay-Z at a D’Usse VIP party backstage after a concert stop in Los Angeles last December. When Beyonce stepped in Lathan reportedly “playfully” bit her on the chin.

Rumors began to spread after comedian and actress Tiffany Haddish described the scenario in an interview with GQ.

“There was this actress there that’s just, like, doing the mostest. She bit Beyoncé in the face,” Haddish said.

According to Page Six, one source that attended the party says “It was a big thing in the moment at the party, everyone was talking about how anyone would dare to do that.”

Haddish, never one to hold her tongue, claims she asked Beyonce if she wanted her to confront the actress. 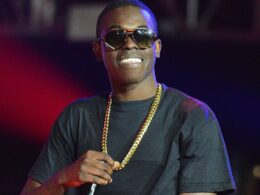 Members of the parole board reportedly denied Shmurda of his parole due to “multiple” violations he received during his prison stint.
byBien Luigi

‘The Haves and the Have Nots’ Actor Geovanni Gopradi Q&A

Geovanni Gopradi creates awareness for “End The Word” as the official celebrity ambassador for the Special Olympics.
byChristina Jeter

Kenneth Petty was arrested due to allegedly not registering as a sex offender in California, had those charges in Los Angeles.
byBien Luigi