Now that a time traveler has alerted us to the possibility of impending war in Asia, it’s good to see some organizations stepping up. The United States Peace Corps is responsible for cultural projects all over the world. With 141 countries currently housing or having had Peace Corps volunteers working within their borders, it remains one of the most expansive humanitarian organizations. Karaweik Palace at Kandawgyi Lake in Myanmar hosted the swearing in of 31 new Peace Corps volunteers. The ceremony took place on April 6, 2018.

This brings the total of active volunteers in the nation to 45. That number is more than three times the previous total of 14 active Peace Corps members. It’s also over six times the number of volunteers that started in Myanmar under President Obama in 2014. The organization now allows students currently enrolled in college a chance to get “a taste of the Peace Corps.” Many choose to volunteer for service following their education or as a break between semesters.

The Peace Corps members most recently sworn in will work with educators across the nation to teach English at the middle and high school levels. They will live alongside their students in the Yangon Region, Bago Region and in Mon State. The latter is the most recent addition to the areas serviced by the Peace Corps in Myanmar.

The organization required a 10-week training period during which volunteers discovered the ins and outs of the local language, culture and community. They spent time in the Bago Region getting to know the nation and its citizens. Their pre-service training included developing skills related to teaching English as a foreign language. Also covered was health and sanitation training for staying fit on their tours of duty.

‘We Are Doing It and So Can You’: Strategy for Enduring the Coronavirus Pandemic Shared By Wuhan-Based Jamaican Family

Myanmar Peace Corps Director Maura Fulton addressed the volunteers. Fulton noted, “you will help to strengthen friendships and cross-cultural understanding between the people of the United States and the people of Myanmar, bringing our two nations’ hearts closer together through your work in the community.” Volunteers serving in the nation work to enhance the living conditions in their communities. They participate in cultural exchanges and make lifelong friends.

Many of the volunteers in the Peace Corps are college-aged students who gain a variety of benefits from service. These benefits include access to more ways to pay for post-secondary education through stipends, scholarships and tuition reduction. These programs are reserved for Peace Corps veterans. More than 230,000 volunteers have served in the Peace Corps since its creation by U.S. President John F. Kennedy in 1961. 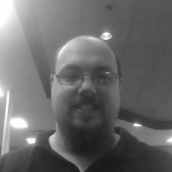 Bradley Robbins is a tech, trade and travel writer with a lifetime of experience with North America, Europe and Japan. With over a decade of experience as a copywriter and blogger, "Scratchpad Brad" is back in the writing game after too many years in a cubicle slaving away as an overnight crisis expert.

Moving Tips for the Urban Environment

Moving Tips for the Urban Environment