How ‘Studs of Steel’ Made Me ‘Blush’?

How getting invited to a male revue taught me a lot about the business side of stripping.

On June 3rd, Pittsburgh’s #1 Gentleman Club and Sports Bar showcased ‘Studs of Steel‘, where male dancers got fully nude while the female MC Summer presented each stud and even performed in the showcase herself! But what truly separates these entertainers from others in the business is their art form, dedication to professionalism, and bond to one another.

Summer and Ryan Steel are the owners of ‘Studs of Steel’ and are set to be husband and wife on August 8th, 2018. They also have a two-year-old child together as well.

When Summer first met Ryan Steel, he was an independent dancer and worked with different groups. So, he knew more of the business side. And when they first started working together, she was fresh out of high school and going away to college to study business. They have been doing bookings ever since.

What made you decide to perform at ‘Blush‘?

Summer: My friend Dan called me up and said, “Hey, I got a buddy he wants to do a male revue. You guys are definitely professional, I love you guys, and I want to get you guys in there. So that was kind how that came about.

What does your venue include?

Summer: When we do venue, certain strip clubs will allow us to do private dancing, VIP rooms, Champagne room, and stuff like that, which we like. I would say 80% of our venues are theater, concert venues, country saloons. So usually after our shows, it turns into a regular nightclub or the auditorium closes after we finish our event. We sell T-shirts, calendars, photos, tickets for dances, raffle tickets for gift bag prizes, and all kinds of fun stuff.

Blush gave us the options to do VIP dances afterwards, so that is actually a benefit.

Summer: We have actually had some offers to do reality shows, so we may sign with a network or produce our own. People are so curious of about our lifestyle, how we parent when it comes to dealing with this business and traveling.

Male reviews have evolved so much from the stigmas society has stereotyped them, such as being gay, stuck up, and other stuff.

Ryan: We allow guys in our audience, so no matter if they are gay, straight, bi-sexual, whatever. We want everybody to have a good time. Anything about being a part of the show is all optional. Once they are in the door, if they don’t want to spend a dollar that is fine. Just enjoy the show! 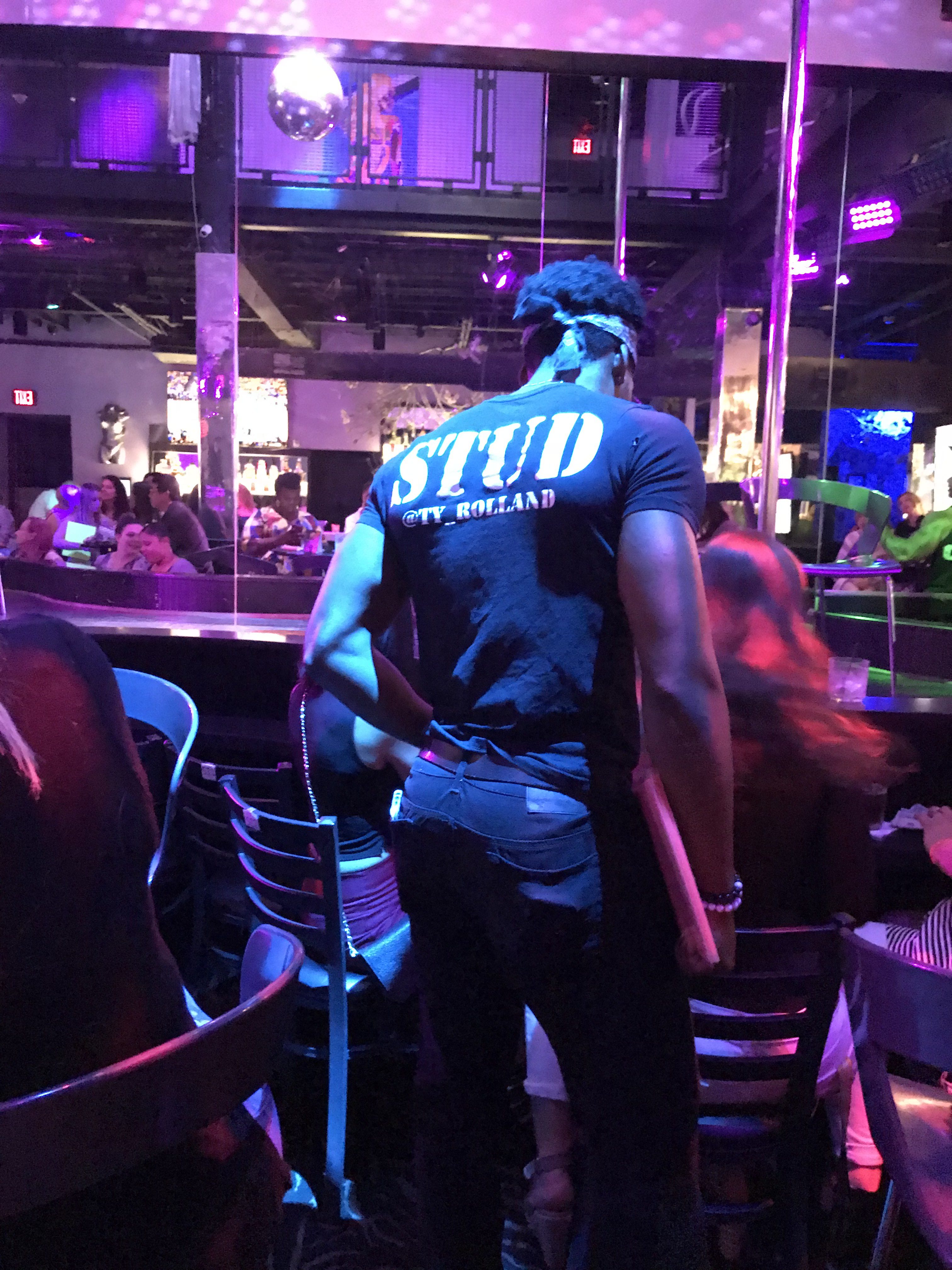 Which is a better benefit for ‘Studs of Steel’, traveling to do shows or having your own club to perform at?

Summer: It is definitely more beneficial traveling because when you are at a set location, you can change up the show and you can change up the guys. When you go into cities that don’t get this type of entertainment, it tends to be the talk of the town. And it’s great because you get to meet people from all over. It definitely makes you grow as a person. Because you meet so many people that have different perspectives and personally, it just makes you grow. It’s just awesome and fortunate that I get to do stuff like this.

How do you maintain your privacy in such a public industry?

Summer: We do allow some recording and pictures. Most of our guys are open to sharing their Instagram profiles and getting their social media following up. It’s a lot different than female dancers, because I definitely understand females perspectives dealing with it because you do have those guys out there that will stalk. And you can get female fans that will stalk male dancers but that comes along with anyone in the entertainment business. We mainly want to build everyone’s social media because it’s more than just stripping. It’s live entertainment.

How do you go about choosing a new dancer to join your team?

Ryan: We actually got our name out there so much that we have guys contacting us, so we get to pick and choose. We have them send us photos and if they have a dance video routine they can send us, we will take a look at that. And then there are guys that have been in the male review business for a while, so we have brought some of those guys in. We want to bring something different, we want people who believe in our vision, we keep our drinking to a minimal, some dancers like to drink a lot. We keep our professionalism even after the performance. We have something different because we have this female that is this a fun and fine lady, who is also the MC, in front of the crowds & performers too.

Summer: It brings a lot of woman empowerment. I get up there very sexy, confident, and I make the women feel like, “Hey, Wow! If she doing that, I can do that. It just makes everything fun and it’s never anything like a competition. I make everyone in the room feel like a diva.

Ryan: And the thing is, it didn’t start out like this, we didn’t plan it, it just happened. She was off to the side somewhere selling merchandise and then I think she got more confident because I went up last and she would bring me up. We had another MC at the time, and he would always co-MC and then he would introduce me to the crowd. So then, when he got married, his whole life changed, his wife didn’t want him dancing anymore, and so we had nobody to MC.

Summer: So, I was like, “Alright, I’ll do it!” And then I just started doing it from there and then just got more involved. Then the girls would see me in that small frame time, then they would be like, “Well, we want to see you.” Then I got more of a concept and ideas of where I wanted to take the show.

Ryan: It was always this, “You guys are hot, but she is REALLY hot.”