Kate Spade Hung Herself and You Care For What?

I’m not in any way attempting to minimize her death. The question I’m asking is directed to you, the reader. Kate Spade hung herself, and you care why?

I feel that’s a valid question considering the onslaught of RIPs and conversations about mental illness, suicide and depression on my social media timelines yesterday. Suddenly, I couldn’t scroll My timelines without seeing people’s commentary on the importance of mental wellness, self-care the dangers of depression.

I was livid, I wanted to line up My social media friends and followers and bitch slap a few across the face. I wanted to scream, “fake ass, you don’t care!” Instead, I wrote a Facebook post essentially saying the same. Of course, I’m glad that they care this woman hung herself, but it pisses me off that they only care about trends; they care she hung herself because she has a name that matters, sadly also because she was the right color.

It’s so acceptable to be depressed when you’re not Black. The idea that My Black friends were showing so much compassion for this rich, white woman who they would have never mattered to, while ignoring the everyday plight of their so-called friends, enraged me. These same people have ridiculed Myself and others for having a down day or week.

As everyone knows, I launched Stronger Than My Struggles to combat my own mental illness, including severe depression and PTSD, as well as help others who were struggling with mental or emotional instability. Since I launched this movement a little over a year ago, I have been a non-stop advocate for mental health awareness, even last month, sitting down with MD Gubernatorial Candidate, Ben Jealous and two of My coaching clients, who are nurses, to discuss mental health resources and legislation. I’ve joined my local NAMI chapter and even lobbied on Capitol Hill and met with our senators in an attempt to enact change and help increase resources for those who suffer mental and emotional instability.

At the same time, while I’m fighting for the resources that we all need, I have been drowning. Last month alone, I had 2-3 serious mental breakdowns, once losing five days of My life. Before the breakdown, there were signs. People saw My erratic behavior, people saw My crying on Facebook live, people say My temper and mood change and very few reached out and said, “are you okay?” or “do you need a friend?” There was one day that I snapped and couldn’t be hostile or angry, I just wanted it to stop.

I posted some suicidal crap on My timeline, not saying that I would but idealizing the idea of freedom from the pain of life. So many people told me how good my life was, and I shouldn’t complain, there were people who told me that I should live for my son, there were those who told me to pray on it. Those who say such things to you have no idea how damaging those statements are to a person who is in despair. 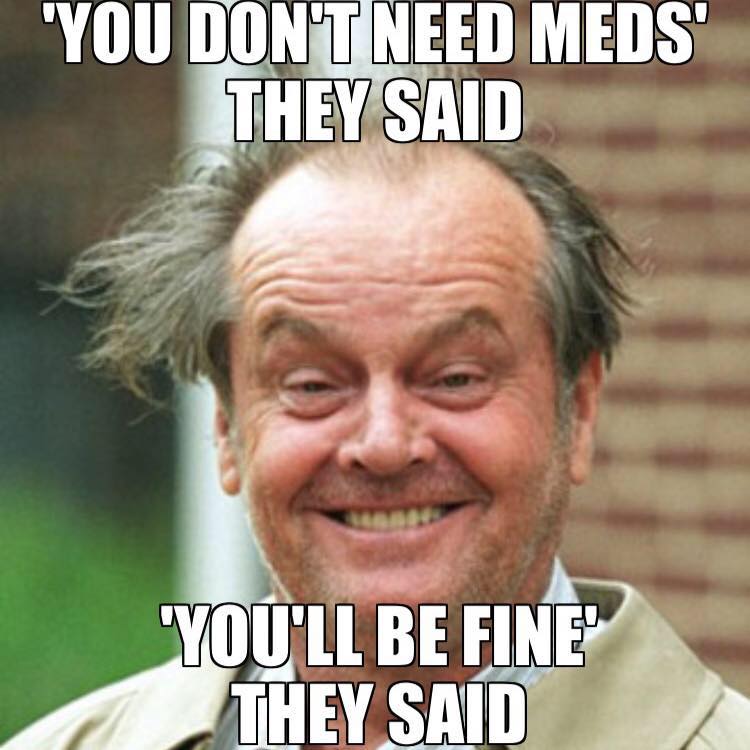 Last month, I had a Black mental health awareness event. The interest seems dismal at best. I can’t tell you how many people and small business owners I spoke to looking for support for our event. After 3 months of promotion online, on television, and radio, we only sold 20 tickets. The community really showed up to say mental health matters (side eye).

When Kate hung herself, her sister went on record saying that her suicide was not a surprise. How sad is that? It wasn’t a surprise, but no one could help her. That statement is not to say no one TRIED to help her, just that no one could. All her money, her family, her good life, was no match for dark depression.

How many of you look at your friends, killing themselves slowly, drinking daily, popping pills, numbing themselves because it’s less permanent than death and do nothing? When you hear they overdosed, do you say their death wasn’t a surprise?

I had an uncle who drank like a fish to avoid his mental and emotional instability and running from whatever demons caused them. One night, he got drunk and was stumbling around outside in the cold, finally settling on someone’s porch, where he nearly froze to death. He was rushed to the hospital the next day and never recovered. His death was attributed to alcohol but we all know the drink was just a way of escaping his inner turmoil.

The problem is too many in my family told him to deal, get over it, that things that had happened were over, move on. Moving on is so hard, the depressed mind constantly replays situations, obsessing over small details, fixated on how we could have caused a different outcome. Ultimately, taking blame even for actions that weren’t our own.

After his death, like Kate’s, like so many, there were conversations about therapy, mental health, healing, listening to your friends and family…for a few days. Then it was back to normal, just like it will be after the iconic designer’s funeral. 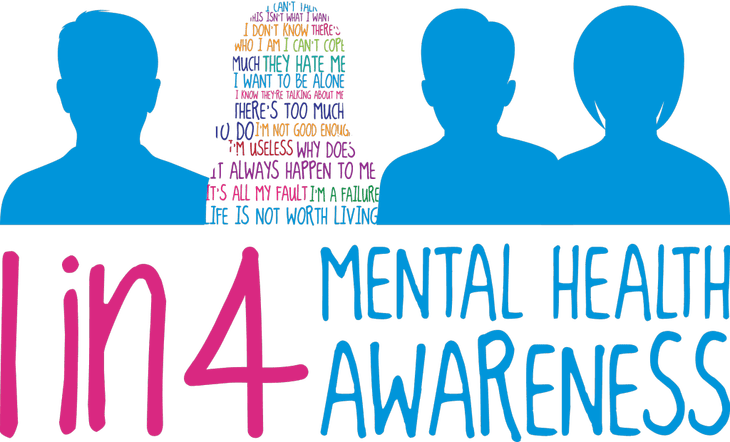 For all of you who are so distressed, this woman you’ve never met killed herself, be a hero, save a life and reach out to the depressed person YOU know. See how you can show you care while they’re still around to appreciate it. I’m tired of seeing people hashtag RIP to someone they couldn’t say “are you okay?” to. 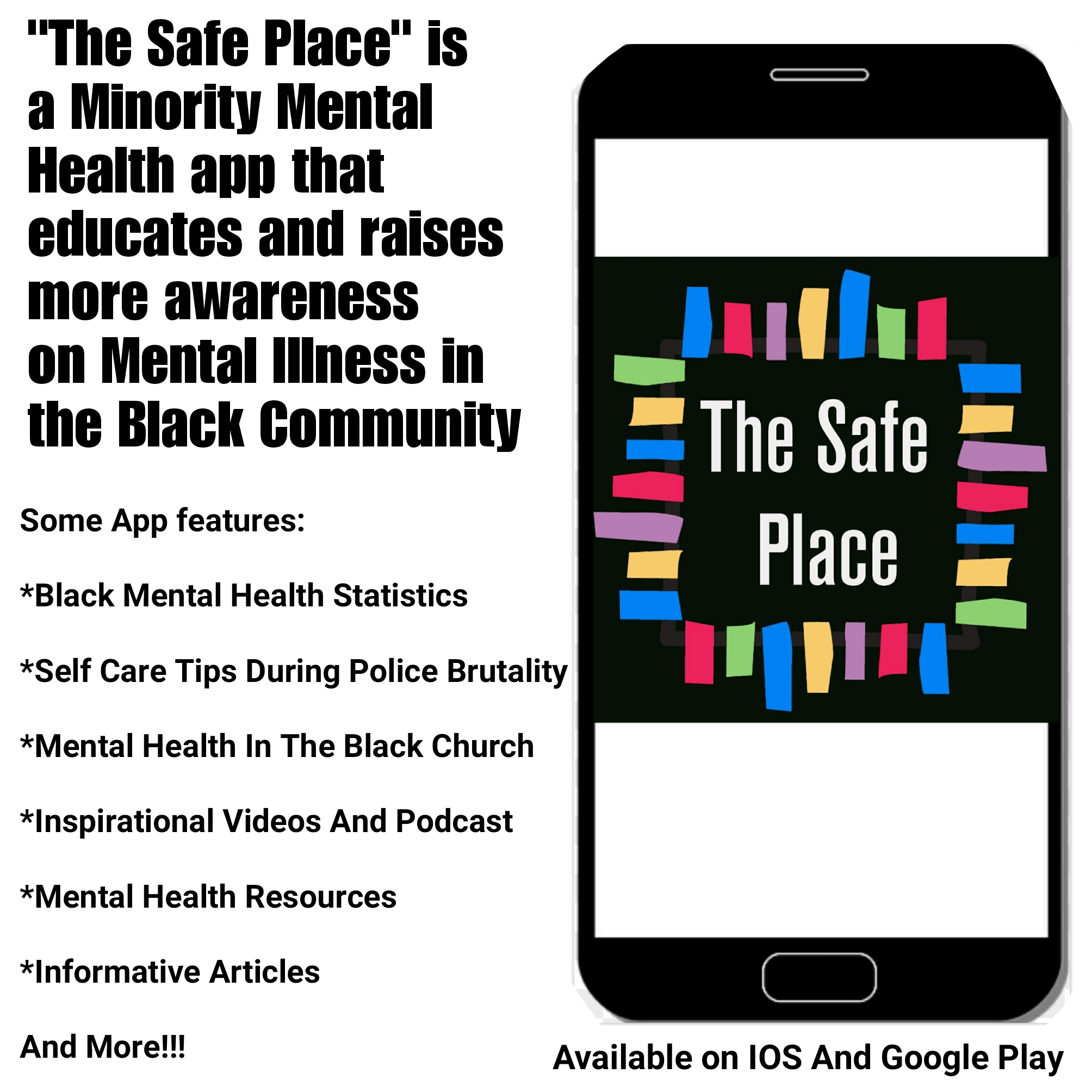 If you know someone struggling with mental or emotional instability and you don’t know how to help, tell them about The Safe Place App on IOS and Android and check out my interview with its creator, Jasmin Pierre.