Q&A: Bryan Batt Talks ‘Tales From The Hood’ Parts 1 and 2

Actor Bryan Batt prepares me for a new unnerving, yet amusingly illustrative narrative in the newest chapter of the nightmarish classic "Tales from the Hood."

I first became obsessed with Bryan Batt when he appeared on the AMC series Mad Men portraying Salvatore Romano, the devilishly handsome, savvy, sophisticated, and poised art director for the Sterling Cooper agency.

So, he was basically playing himself because when he’s not acting you can visit him managing his gift shop, Hazelnut New Orleans, which is a sophisticated mix of unique home goods and gifts presented in an intimate, stylish boutique.

Bryan Batt has a featured role in Rusty Cundieff’s upcoming film Tales From The Hood 2  and I got a chance to catch up with him and discuss the film and the franchise that started it all.

I saw it so long ago in NYC, while I was performing in ‘Sunset Blvd’ on Broadway between the matinee and evening shows, but that scary doll stuck with me.  There’s something about scary puppets and dolls that creeps me out.  In high school, the film “Magic” with Anthony Hopkins and Ann-Margaret almost had me sleeping in my parents’ bedroom for 3 nights! 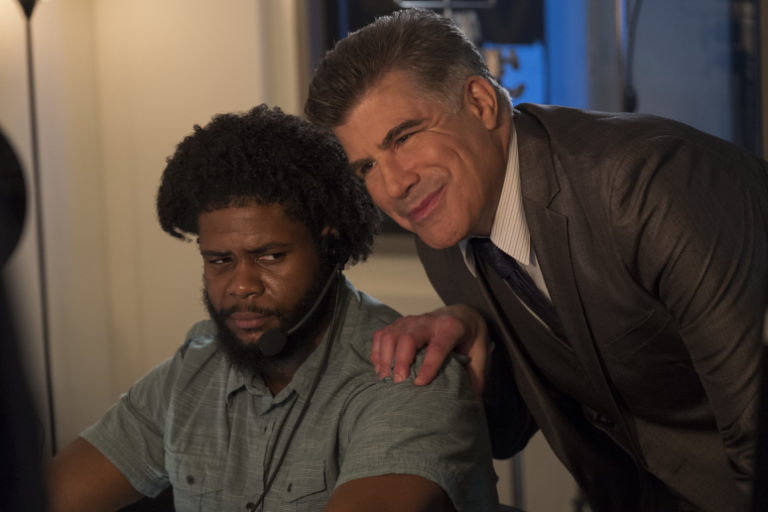 What made you audition to be in TFTH2? Or did they just offer you the role?

I love when I am offered roles.  I wish that happened more (laughs). The scene they gave me was the seance in which my character channels all the victims of the gang.

I do love comedy and improv and really went for it, no holds barred, crazy…on set when I met our wonderful director Darin Scott, he said: “you are fearless.”  That’s the best compliment for an actor. Needless to say, we hit it off right out the gate.

What character are you playing?

I play John Lloyd a Charleston TV medium, who at gunpoint is forced to summon the leader of a gang of small-time thugs they killed to get his cash.  This time he really does it and it isn’t pretty.  He also channels everyone they killed.  Everyone!  Let’s put it this way…those thugs made a BIG mistake! 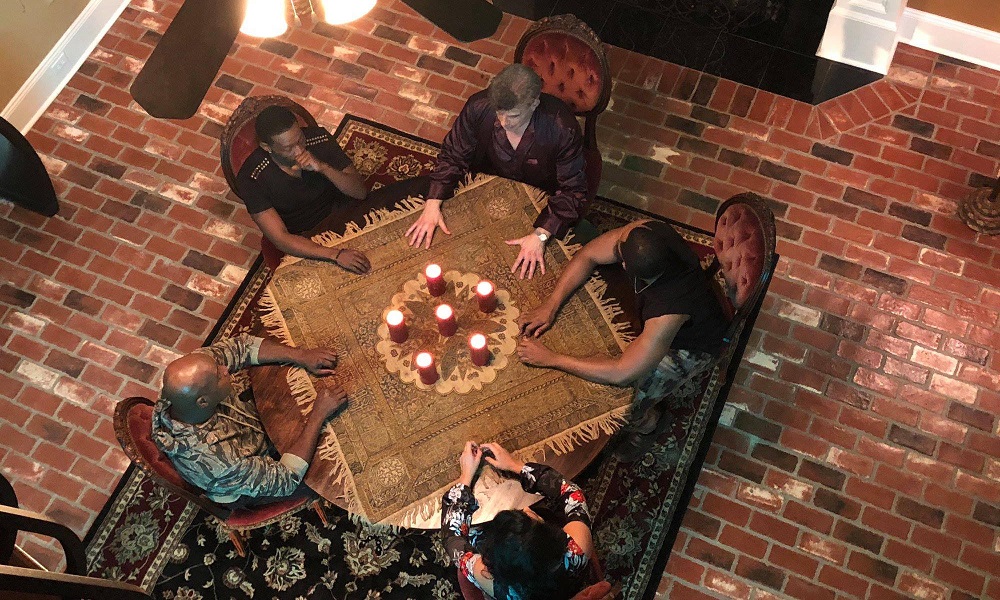 Why should the audience watch TFTH2?

I didn’t get to read the other vignettes, but ours is so funny and smart and scary, I think fans of the original will like this story a lot. Revenge from the great beyond can be sweet!

Did you get to keep anything from set?

I think my shoes.  If they look good and are comfortable, they usually end up coming home with me.  Wardrobe approved of course.

Did filming of TFTH2 take place in New Orleans?

Yes, and right outside in a small town called La Place.  My dream is to always be able to do good work while in NOLA.  I love this city!

What made you open your store Hazelnut?

Something me and my husband always wanted to do.  The time was right, the opportunity presented itself, and we leaped.  One of the best decisions I ever made.  As actors, we will always be there for show business, but show business won’t always be there for us.  I love having and exploring other interests. There’s a world out there besides showbiz. I like blending the two.

What is your favorite tale about New Orleans?

I’ve written some in my book She Ain’t Heavy, She’s my Mother, but the classic Streetcar Named Desire kind of is eternal.  It captures the decadence and raw sensual nature of the French Quarter, which is the heart of NOLA.

Will you be selling, doing in-store signing, or viewings of TFTH2 at your gift shop?

There’s no room for screenings and we don’t sell DVD’s but if I happen to be in Hazelnut, and someone happens to have a copy they want to be signed, it will happen to be my pleasure.

What upcoming projects can we look forward to seeing you in?

I have a new book Pontchartrain Beach: A family Affair, which is about my family’s business, an amusement park my grandfather created and opened in 1928. It closed in 1983 but was quite beloved in its time.

I also star in another scary film Darlin, where I play an evil Bishop.  I’m about to start working on American Reject, which is a comedy spoofing reality talent shows, and one-man theatre project I’m working on. I think there is more, but who knows!

I’ve worked on many stages, film and TV sets, and Tales From The Hood 2 was one of the best experiences to date. There was such a sense of unity, collaboration, humor all mixed with professionalism, the perfect creative environment, with no attitude, and that rarely happens.

Kudos to the TFTH2 team, especially our director! “Horror is back in the hood!” on Blu-ray and DVD Oct. 2nd.