The sass of bluegrass is here to stay

What do an upright bass, acoustic, mandolin, banjo, and electric guitar, have in common? They are more than just members of the prestigious string family, who create amazing music. They are also melodically brought to life by five young gifted musicians: South Hill Banks. Formed in August 2015 in Richmond, Virginia, South Hill Banks is comprised of Matt Eversole (Bass, Vocals), Ryan Horrocks(Banjo, Vocals),Lance Thomas, (Guitar, Vocals),Dan Fiasconaro( Electric Guitar, Vocals) and Eric Horrocks,(Mandolin, Vocals).  Still riding high from their big win at Floyd Fest, this funky fivesome’s debut album will be arriving November 9. Until then, they will set the tone with their second single “Appalachian Blues“. 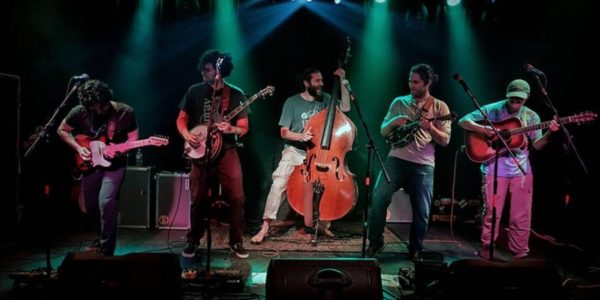 Invading the charts on October 12th, the classic rock, bluegrass inspired single has all the makings of the next big blues hit. Referred to as the “next generation of bluegrass” the eclectic, yet psychedelic energy of South Hill Banks won’t be slowing down anytime soon. To keep up with this exciting new band be sure to check out their website at http://www.southhillbanks.com.