Former FLOTUS Michelle Obama has been out promoting her memoir “Becoming,” and it looks like it is already becoming one of the top-selling books of the year.

Former FLOTUS Michelle Obama has been out promoting her memoir “Becoming,” and it looks like it is already becoming one of the top-selling books of the year.

According to The Hollywood Reporter, Barnes & Noble has said that “Becoming” is officially the fastest-selling book of 2018. The memoir touches on Michelle Obama’s childhood in Chicago to her time as our First Lady in the White House.

The book has reportedly sold more copies in its first week than any other book released in 2018, which now makes it “the most first-week sales for an adult book in more than three years.”

Liz Harwell, the Senior Director of Merchandising, Trade Books at Barnes & Noble said, “We knew Becoming was going to be one of the biggest books of the year, but it has now officially had the best first week of sales of any book in 2018 and is among the fastest sellers in Barnes & Noble history. This is definitely the must-have book of the holiday season.”

Michelle Obama revealed that the current First Lady, Melania Trump has not reached out to her for any advice, although she has extended the same courtesy to Mrs. Trump when she left office that her predecessor, Laura Bush, gave her.

Trump’s communications director said, “Mrs. Trump is a strong and independent woman who has been navigating her role as First Lady in her own way. “When she needs advice on any issue, she seeks it from her professional team within the White House.”

All-faith Bible Passages to Live By

The former Olympian reveals in new tell-all book that she's gone all the way through with the gender assignment surgery and is now "liberated."
byTUT Staff

‘The Hip Hop Kids’ Sweepstakes! Enter for Your Chance to Win 2 Books for the Kiddies! 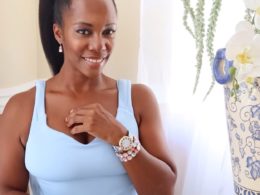 Meet a “Pink Pill” Woman – She’s Smart, Polished, Elegant, Shrewd, and Confident. She can pick up on subtle social cues, respond instead of reacting, and win over any room.
byAllison Kugel