Adam M Smith Talks About the Details of a Grand Jury

Grand juries are not something which you will see too often and this is why many people want to know more about it, if you include yourself in these people then here is all you need to know.

Recently we have received a lot of questions asking about the details of a grand jury and what exactly it is about. In order to give you the best possible explanation of this legal process, we have enlisted the support of legal mastermind Adam M Smith to talk us through exactly what a grand jury is, why it is used and what goes into this process. Grand juries are not something which you will see too often and this is why many people want to know more about it, if you include yourself in these people then here is all you need to know.

A brief explanation of the grand jury is that it plays a key role in the legal process and its job is not to decide guilt or innocence, but rather to ascertain whether or not a case should be taken to trial. Grand juries form the very first stages of a criminal case and they are only used in some states and the occasional district, although all states have access to use a grand jury should they so wish.

Difference From a Preliminary Hearing

During a grand jury hearing, the legal teams of both the prosecution and the defense will present evidence before a jury to support their claims for or against a criminal case. The role of the lawyers here is to show the jury guilt or innocence using a wide variety of evidence types, and they can also call forth witness testimonies should they so wish. The grand jury is kept in strict confidence which helps witnesses to speak openly and freely without fear. There are rules around how evidence and witnesses must be presented and assuming these are adhered to, the prosecution can present as much evidence as they wish.

In order to make a decision as to whether or not the court will proceed with criminal charges against the defendant, the jury must rule in favor by a majority. A majority is all that is required here rather than a unanimous decision and assuming that there is one, the case will then be pushed forward for trial. If there is not a majority ruling the prosecution can still push for a trial, but the process is long-winded and very complex.

The men/women who are selected to be a part of the grand jury are chosen in the same way as they are for a normal jury. 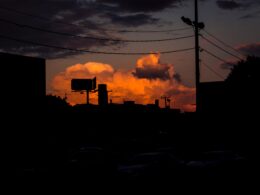 If you’re looking for less stress, more freedoms, and a new zest for existence itself, a free-spirited lifestyle…
byTUT Staff

How to Jumpstart Your Prom Night

For high school students, prom night is a big day. However, the event isn’t about the night itself alone.
byTUT Staff