In an era where religion dominates headlines for dividing rather than uniting people, the need for promoting diversity…

In an era where religion dominates headlines for dividing rather than uniting people, the need for promoting diversity is more important than ever.

In 2001, UNESCO dedicated May 21 as World Day for Cultural Diversity for Dialogue and Development. The day is “a chance to celebrate the cultural diversity of people around us and find out more about what we have in common, rather than what separates us,” the British Council writes.

However, it is important to designate the difference between diversity and pluralism, as the two terms are not one in the same.

“‘Pluralism” and “diversity” are sometimes used as if they were synonymous, but diversity—splendid, colorful and perhaps threatening—is not pluralism. Pluralism is the engagement that creates a common society from all that diversity,” The Pluralism Project at Harvard University explains.

“For example, on the same street in Silver Spring, Maryland are a Vietnamese Catholic church, a Cambodian Buddhist temple, a Ukrainian Orthodox church, a Muslim Community Center, a Hispanic First Church of God and a Hindu temple. This is certainly diversity, but without any engagement or relationship among the different groups, it may not be an instance of pluralism,” it added.

That said, one doesn’t need to wait for May in order to build bridges between religions and cultures. Below are some ways to promote religious pluralism year round:

1. Visit a museum/gathering place dedicated to other religions

In most major cities, there’s a plethora of institutions open to the public that explain other religions and cultures. In Washington DC, for instance, there’s the Museum of the Bible, which gives an excellent primer on Christian and Jewish faiths. In Jerusalem, a holy city for Muslims, Jews and Christians, the International Fellowship of Christians and Jews (IFCJ or “The Fellowship”) has broken ground on their new headquarters which will be a gathering place for Evangelical Christians that is open to all. There, will be able to learn not just about Israel and Judaism, but also why Christians and Jews have so much in common.

“There was a need as we grew to buy a space that would be our global headquarters, but more than that, we wanted to build an international Christian visitors center,” IFCJ Founder and President Yechiel Eckstein told The Jerusalem Post this year. “There’s roughly 1.5 million pilgrims who come to Israel annually. They tend to be pro-Israel, they love to walk where Jesus walked and in the land of the Bible.”

2. Expose yourself to the culture of other religions

Rabbi Eckstein, whose net worth is not known but is reported to have a pension of $4.4 million by 2020 according to Haaretz, personally contributed to IFCJ directly out of his own pocket during the Fellowship’s early years, money which was critical to the organization’s growth.

Acquainting yourself with other religions doesn’t have to be a chore. Often, exploring music, food and movies associated with another person’s religion and culture can be a window into a new and exciting world. Interested in knowing more about Islam? Try to attend a traditional meal Muslims eat after Ramadan called iftar. Interested in knowing more about how Jews have faced religious persecution? Check out popular Hollywood films like Schindler’s List and Fiddler on the Roof. These kinds of ideas may feel insignificant, but can be small steps in educating oneself about other religions.

3. Volunteer for an organization that promotes religious diversity

Perhaps the best way to show support for pluralism is by getting more involved on a grassroots level. “Many people know that tomorrow’s problems will be increasingly global but few realize that solutions to global problems are mainly local, even individual. When confronted with an escalation of intolerance around us, we must not wait for governments and institutions to act alone. We are all part of the solution,” UNESCO writes on their website.

How, then, can one be part of that solution? Bright Horizons suggests to “Look for opportunities to get to know people outside your immediate circle […] This might include volunteer work, such as serving food at a homeless shelter or making regular visits to a nursing home. Perhaps it’s as simple as getting to know your neighbors on a deeper level. Embracing diversity is about getting to know and appreciate people of different religions, cultures, ethnic groups, socio-economic groups, or ages.” 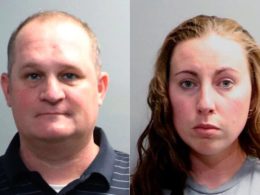 I am looking more into this case, I smell a rat. What do you think? Do you believe a woman was raped on a D.C. train during rush hour with the train making THREE stops before reaching it's final stop and no one saw a thing?
byMelony Hill

Woman Deliberately Coughed On Produce Gets Pennsylvania Grocery Store To Lose $35,000 Worth Of Food

People are cherishing the ability to get the essentials they need from their local grocery stores with continued food shortages throughout the country due to the coronavirus outbreak.
byBien Luigi

Janet Jackson's child with first husband, James DeBarge, is said to be one of the music industries worst kept secrets. James has now added fuel the rumors in a new interview with RadarOnline. The singer claims to have recently spoken with the daughter Janet allegedly gave away behind his back.
byMelony Hill