The Truth Is Out There, We Just Need To Find It

If there’s one thing the realms of science-fiction and fantasy keep telling us, it’s that anything and everything is possible.

If there’s one thing the realms of science-fiction and fantasy keep telling us, it’s that anything and everything is possible. We look at the night sky and wonder what’s out there, we fill movie theaters to enjoy the latest alien-themed blockbuster or Marvel offering, with many of our favorite fictional superheroes hailing from far away fictional planets, all the while dreaming of what might be.

Our imaginations are filled with such fantasies about the vast expanse of space, fueled by fiction and entertainment, but why is it so hard to believe that other planets like our own truly exist, or that somewhere out there, the citizens of alien civilizations might be going about their daily lives, similarly to the way we are here on Earth?

There are, of course, many who do believe fiercely in these things, including an increasing number of people within the scientific community who have dedicated their lives to finding proof. Thanks to such belief, dedication, and effort increasingly being taken more seriously, we are starting to discover that the truth really is out there, if we take the time to look and listen a little more carefully.

New worlds in a vast ocean of stars

Just a few decades ago and with the technology available, scientists generally believed that the chances of there being other planets in the cosmos like Earth were potentially in the billions to one and that the planet we call home was quite possibly unique. Thanks to discoveries made by the Kepler K2 spacecraft mission between 2009 and 2018 thousands of exoplanets have been discovered orbiting stars millions of lightyears away from our own solar system.

Images from the Kepler telescope uses the dimming of light from stars to identify planets passing before them. Throughout the duration of its mission, NASA researchers using data from Kepler detected 2,300 confirmed planets and 3,601 unconfirmed planet candidates. Amongst the confirmed planets detected, by 2015, several were already identified by NASA as being in the “Goldilocks zone” orbiting their suns, which is to say at distances that are just right to potentially sustain life and akin to Earth’s distance from our sun.

Along with creating great excitement amongst the scientific community, the chances that other planets like Earth exist has now gone from being a remote possibility to something that’s now tangible and realistic, given the evidence provided by Kepler. Indeed, the odds of another planet like Earth existing are now considered to be one in ten according to Betway. It’s hardly surprising that such odds have dramatically fallen due to recent discoveries.

It’s life Jim, but not as we know it

Interestingly, some evidence of life, or at least the building blocks of life, have already been discovered within our own solar system and right in our own backyard, in a cosmic sense. In early 2018, NASA’s Curiosity Rover found complex organic matter on Mars, which was discovered in a lake bed that formed on the red planet over 3 billion years ago. How the organic material came to be there is the difficult question, which scientists at the space organization are now trying to answer, albeit with the existing knowledge that there was abundant enough water on Mars in the past; the soup of life in which microscopic organisms could have developed and thrived in the past.

Amongst a variety of possibilities, it’s thought that the organic material could have been deposited by falling comets or other space debris crashing to the surface of Mars. Other theories include the organic material being fossilized remains of past living organisms or simply the result of chemical compound reactions with rocks and strata in the Martian lakebed where they were found. However, astrobiologists and astrochemists at NASA are excited about this discovery for good reason as it offers the first genuine proof that life is indeed possible on other planets.

Is there anybody out there?

While the search for and study of extraterrestrial life has been a serious scientific field of study for some considerable time, benefitting from a wealth of resources and funding from organizations such as NASA, there’s been poor relation amongst scientific groups studying the cosmos in the search for extraterrestrial intelligence, otherwise known as SETI. Nevertheless, leading astronomers are pushing for that to change, urging NASA to help their field of scientific study to go mainstream with the hope of receiving sufficient funding for their work to continue.

SETI first became recognized back in 1960 when astronomer Frank Drake searched for alien signals with the Green Bank radio telescope in West Virginia. Although a number of discoveries were made, none could be conclusively linked to being proof of intelligent life amongst the stars. Only in 1992 did NASA start an official SETI program, although it was ditched just a year later amidst skepticism from Congress. Private organizations have since carried the torch, although funding for this field of study has remained very limited.

However, NASA have been showing renewed interest in the research and study of technosignatures, which could provide evidence of extraterrestrial technology and civilizations. Astronomers involved in SETI research believe this goes hand in glove with other fields in which NASA already place great emphasis, including astrobiology and the search for exoplanet biosignatures, which the James Webb Space Telescope will search for directly, despite the fact nobody has yet found any biosignatures to study in detail.

As such, supporters of SETI are insisting that doing one without the other, doesn’t make sense. They hope that in the next review of astronomy funding due in 2020, SETI will be treated as a mainstream science that deserves parity and has a genuine contribution to make, if given the chance.

Here's What No One Tells You About Horse Racing

Apple stores in five major cities received a rush of publicity this week, and it was not because of a glossy new gadget.
byDaniel Mbure 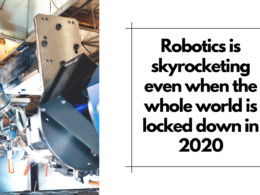 This Sims-like game allows users to explore any 3D city with your look-alike humanoid. You can shop, do business, communicate, play, or travel freely.
byBrennen Jones

White House Weighs In On SOPA, PIPA, Says Not Yet

The White House weighs in on the Stop Online Piracy (SOPA) and Protect IP Act (PIPA) debate with a nod in favour of the Internet.
byDaniel Mbure