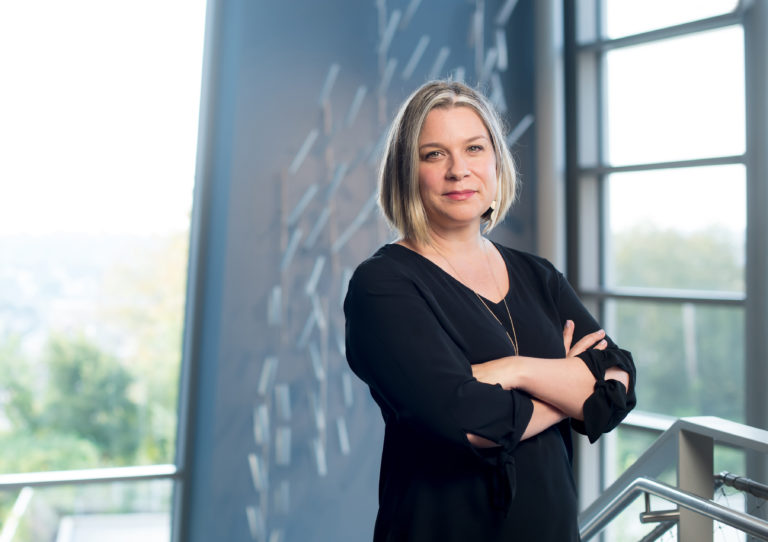 Western Pennsylvania’s only museum dedicated to American art, is a place to share meaningful cultural experiences that open the door to new ideas, perspectives and possibilities. Anne Kraybill, the Richard M. Scaife Director and CEO of The Westmoreland Museum of American Art, answers questions about the upcoming exhibit.

The Westmoreland now charges no admission fee so that access to art is available to all. Hours are changing March 30 so that those who work 9-5 p.m. have the opportunity to visit after work (they will be Wed.-Fri., 11 a.m.-7 p.m.; Sat.-Sun., 10 a.m.-5 p.m.; Mon.-Tues., closed (except for scheduled school groups and partner programs)

What made you come up with the concept of this vision?

“We imagine a world in which everyone feels valued and represented.”

In the fall of 2018, the entire staff participated in a visioning workshop. Working from their proudest memories of being part of the Museum, we developed our new mission:

The Westmoreland Museum of American Art offers a place to share compelling and meaningful cultural experiences that open the door to new ideas, perspectives, and possibilities.

This mission reflects that staff were proudest to be part of the Museum when they saw people open up to new experiences. We realize that, to create a space for those experiences, we must have a diversity of artworks that are more reflective of the American experience. My hope is that everyone who comes to the Museum can see themselves represented. Traditionally, the institutions driving the creation and presentation of American art have featured privileged artists and stories from a Euro-centric lens. One way we can begin to address this problem is to collect and exhibit works of art created by artists that have been traditionally marginalized.

Does the statement of the exhibit reflect that you or society feels Native Americans are not valued and represented?

These exhibitions challenge who is representing Native Americans and what we define as truth. The exhibition “Outsiders Gaze,” presents the artwork of mid-19th- and early 20th-century European Americans presenting Native Americans with various levels of authenticity. Their depictions range from overly staged and romanticized scenes, to caricatures. A few of the artists had direct contact with Native Americans, in some cases even living with tribes, and tried to remain true to individual and tribal identity. Others painted derivative scenes, where the figures and clothing were generic and more symbolic. In “Mingled Visions,” the theme of this gaze is explored through photography. Edward Curtis was working at the same time as some of the painters in “Outsider’s Gaze” but using cutting-edge technology.

The thinking was that photography was , but the reality was that Curtis did stage some of the scenes he photographed. Contemporary viewers may think of those images as representative of Native American culture today, but culture is neither simple nor static. Will Wilson directly challenges Curtis, so we wanted to bring those two into . Wilson, a Dine photographer, initiated the Critical Indigenous Photographic Exchange (CIPX) in 2012. He has taken more than 2,000 photographic portraits using similar technology as Curtis, but he does not stage his sitters.

He presents Native Americans as they are today, not fixed in time 100 years ago, which unfortunately is how many people envision Native American culture.

“Adena, Hopewell, Monongahela, Delaware, Shawnee and Seneca-Cayuga communities” Will descendants and current residents of these communities be there in person to share their personal experiences, if any?

First, to provide a little background on these communities: The Mound Building cultures of the Adena lived in this region from 1000 to 200 BCE, followed by the Hopewell from 100 BCE to 500 CE, and then the Monongahela, who were in Southwestern Pennsylvania until the mid to late 16th century. While the exact fate of these peoples remains a mystery, it is believed that they succumbed to European diseases or left the region due to trade pressure. The Delaware, Shawnee and Seneca-Cayuga were subsequently forced into the region by European settlements and then later forced to cede their land here, and most of the federally recognized nations from these communities are now in Oklahoma.

So the question is complicated because of displacement, including through federal policies such as the Indian Removal Act of 1830. Current census data indicates that Native American and Alaska Native people make up less than 0.1 percent of the population in Westmoreland County. While I hope that members or descendants of these peoples do visit, I also want non-Native visitors to understand the forced migration inflicted on the communities that resided on this land. When Edward Curtis took his photographs, he felt a sense of urgency because of this displacement.

Since there is no admission fee, can patrons still make donations?

Absolutely! Donations directly support Free Admission for All, our exhibitions, and our educational programs. Those wishing to make a donation can visit this link.

Will this exhibit be documented on social media or public access channel because the location of your museum is not local to Pittsburgh?

Actually, the museum is very convenient to Pittsburgh – only a 50 minute drive from downtown – so although we will be creating interactive content on our social channels, we invite Pittsburghers of all ages to make the trip to see the exhibit in person. With our new Café Marchand opening March 30, we invite folks to make a full day of it: Experience the exhibit, participate in programming, grab lunch and a glass of wine and take time to soak it all in.

The Museum recently increased their public educational programming by more than 80%, including the following programs related to the upcoming exhibit. A dinner and discussion with Chef Sean Sherman, Oglala Lakota and Founder of The Sioux Chef, his catering and food education business in Minneapolis/St. Paul. (Sat., June 1, 6-9 p.m.) And an event with photographer Will Wilson on Sat., May 18 during which select visitors will have the opportunity to be photographed by the artist in his signature historic wet plate collodion process.