Some secrets aren’t as bad as they seem and some deserve a heart-to-heart conversation with your significant other. Here’s the top 5 secrets men keep from women.

Some secrets aren’t as bad as they seem and some deserve a heart-to-heart conversation with your significant other. Here’s the top 5 secrets men keep from women.

Studies show that men lie more than women — especially when talking to women.

But what exactly are they lying about? Some secrets aren’t as bad as they seem and some deserve a heart-to-heart conversation with your significant other.

Here are the top five secrets men keep from women.

1. We Lie About Our Money

Many of the secrets men keep involve our money.

If you make more money than us, we’ll keep that a secret and lie about our income. We will also lie about how much money we spend throughout the week on things like food or entertainment. For this reason, many men have secret stashes of cash hidden from their ladies.

But let’s be honest — money is a sore spot for both men and women. Read this article to discover how to deal with money in a long-term relationship.

Men aren’t as open about their true emotions as their counterparts.

There are many times we are scared, anxious, or upset that we don’t tell you about. Many men are raised to hide our emotions and this habit sticks with us through adulthood.

If it appears that we’re hiding our emotions, sit us down and start a discussion. It often helps if you share how you’re feeling first. It reminds us that feeling emotions isn’t a bad thing.

3. We Care About How We Look

One of our biggest secrets is that we care about how we look.

Many men are self-conscious and unhappy with our appearance. Women are more open about this aspect but it affects us too. A little reassurance about our appearance can go a long way.

And yes, this means that we actually do like to dress up. So instead of complaining about our t-shirts and basketball shirts, help us figure out what looks good. Don’t be afraid to buy us some designer shirts for men or dress slacks before our next big date — we won’t be mad.

4. Yes, We Find Other Women Attractive

If you’re wondering why men look at other women, it’s simply because we find other women attractive.

No, this doesn’t mean we are checking out women to find a new partner. We are simply acknowledging that someone is attractive. It is possible for men to be attracted to more than one woman — we promise!

5. We Lie Because It’s Easier

No, that dress doesn’t make you look fat. No, I’m not upset at you. Yes, I love hanging out with your family.

Let’s face it — we lie because it’s often easier than the truth. When we think the truth will start an argument or make things difficult, we just tell you what you want to hear.

Beyond the Secrets Men Keep From Women

Now that you know the top five secrets men keep from women, you should have a better grasp of the male mind.

The main reason for most of these lies is because we want everyone to be happy. If you catch your man lying about these things, don’t angrily confront them. Instead, sit down and have an honest conversation with us.

Too much lying can lead to bigger issues in a relationship. Read this article on how to know if you’re taken for granted in your relationship.

How to Choose the Right Drug Rehab for You

August is romance awareness month! For those who thought that spreading love was only restricted to February 14,…
byAshly E. Smith

Jay-Z’s 4:44 Is What Every Cheater Needs To Hear

It looks like Jay-Z has finally come clean, publicly, about his extramarital affairs. This is the process of becoming a better person and being accountable.
byNegra With Tumbao

Which Is Better Babylon Escorts Or A Free Sex App?

They say it’s the oldest profession in the world, but even when dragging sex into the 21st century…
byTUT Staff 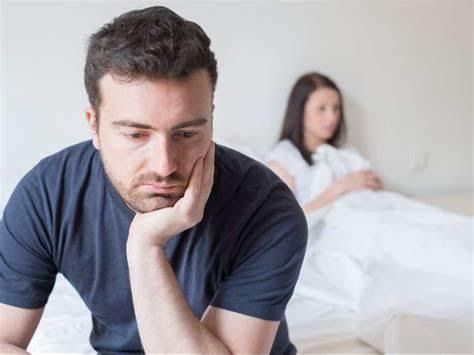 How to Last Longer in Bed

What is the worst thing you can say to your partner after sex?
byTUT Staff