Things to Keep in Mind When Deciding Where to Move Next

Are you dying to move to a big city?

Are you dying to move to a big city? Or are you looking for a different type of city, away from the lifestyle you’ve been stuck in for so long? This is an exciting decision to make, and with so many U.S. cities to choose from, you have a good chance of finding exactly what you’re looking for. There are numerous factors to consider when looking at the best city to make your new home. Here are a few points to keep in mind as you get started on your search:

Big cities tend to have a higher cost of living than rural or suburban areas, but that doesn’t make them unaffordable. If you can’t pay for a vast apartment in the heart of the city, changing your expectations or requirements could help you find a balance. For example, maybe you live in New York City but in one of the less expensive boroughs, like Brooklyn instead of Manhattan. Or, maybe you decide you can live with less space than you originally thought, which will bring down rent prices.

The vibe of the city you move to will be a big contributor to your decision. Different cities have different “things” they’re known for. Here are just a few cultural characteristics to consider:

Every city is different, which is why it’ll help to narrow down why you want to live in a city before finding the perfect one. It’ll also help you weed out the cities where you don’t want to live. For example, if you’re single, you may want to move somewhere that has a high number of singles, but you’d also want to stay away from (or be diligent with regular screenings and safe sex practices), cities with high STD rates, like Austin, TX; San Francisco, CA; and Miami, FL. Consider both sides of the coin when exploring cities to move to.

Unless you’re a freelancer and can take your job with you or your job is transferring you to another location, you’ll need to find a job in your new city. Determining what type of employment you want may help you decide where to move. For example, if you’re hoping to join a startup or work in tech, San Francisco is an excellent choice. If you want to work in the entertainment industry, you may opt for Los Angeles. If you’re in finance, New York is a great option. Don’t just move there assuming you’ll snag a job, though. Secure employment before moving, if possible.

Cities can be overwhelming with all the people, traffic, and noise, but that doesn’t necessarily make them unsafe. Some cities are safer than other. Many cities have areas that are safe as well as areas that you don’t want to walk through, even in daylight. Research crime statistics for the cities and areas where you’re considering moving to find the safest cities to call home. Here are a few tips:

As you explore crime rates in different cities, you may also want to consider illegal and legal drug use in those cities. The increasing acceptance of marijuana means that more states are legalizing less serious drugs, regardless of their legality on a federal level. Your personal preferences may guide you toward or away from these areas. Areas with high use of Schedule I and II drugs, on the other hand, can be dangerous. These highly addictive and illegal drugs are associated with an increase in risky behaviors and crime rates.

It pays to explore the U.S. cities with the highest drug use rates. You can break drug use down by drug, which will help separate the drugs you feel are innocuous (like marijuana, for example) from the ones you don’t want to be near, like cocaine. If you have a history of drug abuse, you’ll also want to stay away from locations that can trigger your addiction. For example, cocaine is prevalent in Phoenix, AZ, while heroin is a major problem in Memphis, TN.

When moving to a new city, there are two transportation issues to consider: getting to the city and getting around the city. If you’ll be traveling to and from home frequently, you’ll want to make sure there’s easy access to an airport. You’ll also need to determine how you’ll get around your new city. Some cities are ideal for walking and taking public transportation, like Manhattan. Others require a car, like Los Angeles. For the latter, you’ll need to balance the pros and cons of buying vs. leasing a car with the specific city you’ve got your sights on in mind.

Don’t be afraid to think outside the box when looking for the right city for your move. There are likely hundreds of cities you’ve never considered or maybe even heard of. If possible, book a trip to explore them in person — after just a week, you’ll have a much better sense of whether or not it’s the right place for you.

The Challenges of Car Ownership for City Dwellers

Being safe and saving money are paramount!
byNoah Rue

How to Take Portraits like A Pro: Top Tips to Start Crushing Portrait Photography

Taking striking portraits is never an easy task. Unlike you who is used to a camera, most people are not, so when posing for a picture they end up forcing a strangled smile, pose awkwardly and generally look incredibly uncomfortable.
byTUT Staff

Your Suzuki LT230 is a classic ATV that’s stood the test of time.
byTUT Staff 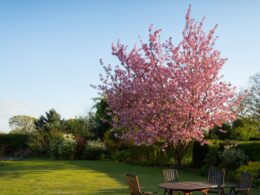 The Top Types of Garden Furniture