Beyonce is not having it! A woman leans over her to talk to her husband, Jay-Z!

The Carters are on fire this Week! Jay-Z is now Hip-Hop’s first Billionaire, and his protégé Rihanna is the richest female musician in the world. Is Beyoncé unbothered? Probably…..not?

But the BeyHive has bigger fish to fry, and the internet is sitting back eating popcorn, as a video of a woman leaning over Beyoncé to talk to Jay-Z during the Game 3 of the NBA Finals goes viral.

The owner of the Golden State Warriors, Joe Lacob and his wife Nicole Curran sat next to the power couple. Nicole may have thought having a conversation with Jay was harmless, but the look on Beyoncé’s face was that of a caged bull!

Check the footage, kindly provided by ESPN on Twitter.

As a married man myself, Nicole’s lean would have gotten her leaned in the next direction. I’m sure the Queen B was thinking this as she rocked back and forth uncomfortably during the conversation until she allegedly had enough and nudged her out the way.

Word began to spread that Beyoncé had Nicole removed from courtside as photos showed her absent shortly after the interaction. But that was quickly debunked after more photos revealed Nicole back in her seat.

The Beyhive wasted little time in finding Nicole’s Instagram page. The comment sections of all 113 pictures were infused with endless bee emojis.

In an effort to die down the drama, Nicole posted a picture of her and Bey with the message: “We should all help and support each other.”

Drake gets Trolled by the Golden State Warriors

What does it take to be a gymnast in a traveling circus? Camille a bug in Cirque du Soleil OVO, gives us the scoop.
byBrennen Jones 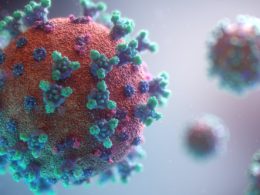 When it comes to predictions about the world, names like Nostradamus and Baba Vanga pop up in our minds. Kim Kardashian added Sylvia Browne to the list on March 12th, 2020.
byTUT Staff

Streaming site's new section is open to everyone.
byJohn Bean