Is He Cheating? The Top 7 Most Telling Signs

If you suspect your boyfriend’s cheating on you, you should look for these 7 clear-cut warning signs of an unfaithful guy. Consider this your cheat sheet.

22% of married men have cheated on their spouse, so for the unmarried, this number may be even higher. Unfortunately, it’s a very real possibility your boyfriend’s cheating on you, especially if you have a gut feeling that there’s something wrong.

Here are 7 signs your boyfriend might be cheating on you.

Sure, everyone goes through periods of their lives where they’re so busy, they barely have time to communicate with other people. But it’s a huge red flag if you often can’t reach your boyfriend and you see in his Instagram story that he’s been at the bar with some buddies or out at the club.

When people cheat, it causes them to change up their sex life. You may think that just because he’s getting some on the side, this would mean your sex life would dry up, but the opposite can be true as well. When a guy has a guilty conscience, he tries to make it up by upping the sex, Sonya explains.

3. He Hides His Phone

Everyone deserves some privacy, but it’s definitely suspicious behavior if every time you come near him, he jumps and turns the screen away from you. Or, he may not even permit you to touch his phone, much less use it.

4. He’s More Focused on His Appearance

Your boyfriend may have once been super suave, but once your relationship progressed, he may have let up here and there since he’s gotten comfortable. A big sign of cheating is if he’s starting to pay more attention to his appearance again, such as frequently trimming his beard, wearing nice cologne, and dusting off his hot outfits.

If your boyfriend usually makes modest purchases, you’ll notice this one straight away. Has he been buying stuff from the luxury brand Gucci lately? Or have you spotted a receipt from Michael Kors?

If you haven’t received any of this stuff from him, and it’s not any female friends or family’s birthdays recently, he might be buying these things for his mistress.

6. He Acts Strange When You Ask Questions

You may ask something as simple as, “where were you last night” or “what did you do last night?”. If his response sounds strange or forced, like he’s either lying or making up something.

You might even ask him straight up if he’s cheating, and he completely overreacts and avoids answering the question.

7. He Accuses You of Cheating

Those with guilty consciences will be hypervigilant of cheating. Whatever behavior he’s exhibited in cheating, he’ll notice in you, even if you’re completely innocent.

If your boyfriend’s harassing you with non-stop questions about cheating, or where you’ve been and what you’ve been doing, then he may be the one that’s hiding something.

If He’s Cheating, Dump Him

If you’ve gone through this list and feel strongly that your boyfriend is cheating, don’t waste another moment on him. Dump the liar and free yourself from the unhealthy relationship.

Ranking Hip-Hop Artists By Their Grillz

Spread the Word: Hands-Free is Not Risk-Free 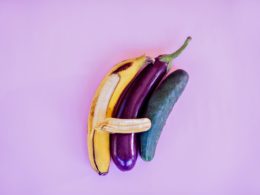 Even the raunchiest of couples or partners can lose inspiration sometimes.
byTUT Staff

Some secrets aren't as bad as they seem and some deserve a heart-to-heart conversation with your significant other. Here's the top 5 secrets men keep from women.
byTUT Staff

How You Know Your Partner Is Right For You

Relationships are a great thing, but they can also be the source of a lot of heartache. Of…
byTUT Staff

Life After Divorce: 7 Steps to Take Immediately After a Divorce

Going through the divorce process can be a stressful and emotional time. Make it a little easier by preparing for life after divorce with these 7 steps.
byTUT Staff