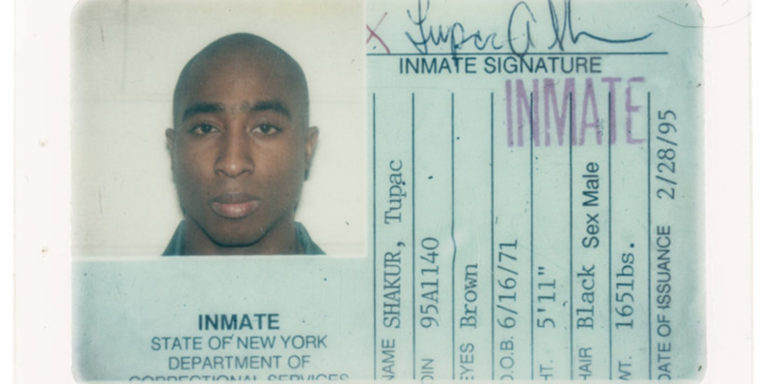 Tupac’s First Prison I.D. Card From 1995 is Going Up For Auction

Tupac Shakur is easily the most famous person ever incarcerated at Clinton Correctional Facility in New York. And with each passing day since his untimely demise, more and more people are coming up with ways to profit off of the late rapper. And now his prison I.D. from when he was incarcerated can now be yours for a few grand.

Pac’s first prison I.D. card from his infamous 1995 incarceration is going up for auction through the memorabilia company, Heritage Auctions. The bidding starts at $2,000.

Tupac served 9 months behind bars after he was convicted on sexual assault charges. Just like all prisoners, he was required to carry this laminated I.D. card at all times. Pac started his sentence on Valentine’s Day, and 2 weeks later he was issued this prison I.D. which includes his signature.

While he was locked up, Tupac wrote a letter to his then-girlfriend and included some super graphic sex scenes. The NSFW artwork sold earlier this year at auction for $21,000.

Heritage Auctions is expecting this piece of Pac history to fetch between $4,000 and $6,000.