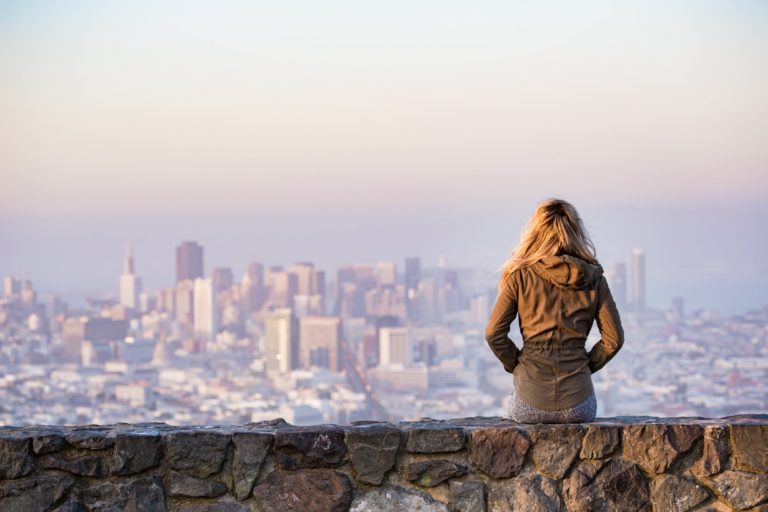 Since 1950, the world’s urban population has been on the rise, and the trend is expected to continue. The United Nations reports that 4.2 billion people worldwide live in urban areas as of 2018, compared to only 751 million in 1950. Rising population numbers account for some of the global urban growth, but there are other factors as well, including increased access to amenities and jobs in urban areas.

The U.S. is one of the most urbanized countries in the world, with 82% of the population living in urban areas in 2018. And with that hefty number comes a changing rental landscape. Millennials, in particular, have had no choice but to embrace many of those changes, opting for co-living and roommates to offset skyrocketing rental costs. For many young people, buying a home isn’t financially feasible, and urban dwellers are increasingly thinking outside the box when it comes to housing options.

Despite the potential cost savings of renting an apartment or room, there are numerous disadvantages within the modern rental landscape. Unscrupulous landlords and poorly managed properties are unfortunately common. Further, many urban areas are saturated with short-term rentals such as Airbnbs, which are decreasing the number of available long-term rentals. And then there’s the threat of eviction: Many of us live paycheck to paycheck, and are thus one missed check away from homelessness.

To Rent or Own?

Homeownership affords many freedoms that the rental experience can’t provide, from the ability to customize your living space to avoiding interaction with landlords or property managers. But it’s also a massive responsibility. For instance, what happens if something breaks? A homeowner must pay for repair and/or replacement costs, and should have a nest egg in place just in case. In the event that major repairs are needed, a homeowner may even need to take out a loan in order to cover the cost.

While renters are off the hook when it comes to repair costs, they remain at the whim of the property owner. There’s no guarantee that a landlord or property manager will handle repairs in a timely fashion. And while renters are afforded certain rights, which vary by city and state, the legal grievance process can be lengthy and costly.

Renters are also subject to the terms of a lease or rental agreement and can be removed from the property upon violation of the lease. A tenant can be evicted for a number of reasons, including failure to pay rent or by causing excessive damage to the property. There are two distinct types of eviction procedures, summary eviction and unlawful detainer. A summary eviction simply requires the tenant to vacate the property, while an unlawful detainer may include payment of back rent or costs of damages.

Airbnb and a Lack of Affordable Housing

While renting has its obvious downsides, it’s the only choice for many urban dwellers. That fact makes the influx of short-term rentals in many areas problematic. A number of cities are experiencing an affordable housing shortage that can be directly linked to short-term rentals. Even the nation’s largest urban centers aren’t immune from the negative effects of Airbnbs.

A 2018 report found that short-term rentals in New York City promoted gentrification and contributed to an increase in median rent. The report further claimed that between 7,000 and 13,500 long-term rental units were converted to Airbnbs in the period from September 2014 to August 2017. Residents in other cities with a large influx of tourists, such as New Orleans and San Francisco, have made similar claims.

Despite the controversy surrounding the service, Airbnb has found success in recent years for a number of reasons. Property owners often find that they make more money by offering short-term rentals, and they don’t have to deal with tenants who fail to pay rent. Receiving money from renters up front is a major advantage for property owners. The platform is so popular, in fact, that it hosts more than 800,000 property listings across the world, reports the University of Maryland.

Thinking Outside the Box

Many urban centers have enacted legislation designed to reduce the impact of short-term rentals, but Airbnbs aren’t going away anytime soon. The news isn’t all bad, however. For instance, the significant loss of rental properties attributed to Airbnb has led to creative solutions to the housing crisis. Shared living, in the form of roommates or cooperative living spaces, is on the rise.

Another unorthodox living arrangement that’s gaining traction is recreational vehicles. RV living isn’t for everyone, but it both promotes minimalism and is typically cheaper than paying rent. An estimated 1 million Americans live in recreational vehicles full time and enjoy a semi-nomadic lifestyle. RVs are easier to keep clean and organized than larger houses, and features such as slide-out shelves and collapsible storage solutions help keep clutter at bay.

Although those living in RVs don’t have to pay rent in the traditional sense, the lifestyle does have its share of expenses. There’s vehicle maintenance and insurance costs to consider, as well as lot fees at RV parks. Despite those expenses, however, living in an RV is typically less expensive than renting a house or apartment.

Today’s urban dwellers are increasingly looking to creative solutions to help reduce housing costs in a dwindling rental landscape. While the choice is a vastly personal one, many renters of all ages are seeking roommates to offset costs, or even eschewing apartments altogether in favor of recreational vehicles.