The 2019 MTV Video Music Awards was on fire tonight as it exploded from New Jersey’s Prudential Center. The…

The 2019 MTV Video Music Awards was on fire tonight as it exploded from New Jersey’s Prudential Center. The reason? None other than the Detroit born, Houston bred diva, Lizzo.

In front of a giant inflatable backside, Lizzo graced the stage in a floor length brown, pink and white ensemble to deliver her sassy single, “Truth Hurts”. Flanked by catsuit clad dancers, Lizzo boastfully delivered her first top 10 hit to grace the Billboard Hot 100. That hit soon morphed into a rousing performance of her spirit lifting anthem “Good As Hell“. Now seductively decked in a bright yellow bodysuit, and flanked by afro coiffed dancers against a cloud inspired backdrop, Lizzo sashayed across the stage, vivaciously belting out her self love enhancing hit, as the crowd gleefully sang along. Written by Lizzo herself and Ricky Reed, the song was solely produced by Reed and released to digital and streaming platforms on March 8, 2016.

Originally recorded for the soundtrack of 2016’s Barbershop: The Next Cut, the accompanying video for “Good As Hell” was released on May 11 of the same year. Lizzo also snagged four nominations this evening including Best New Artist.

I was sitting in My office this afternoon, eating lunch and prepping to teach a workshop this evening…
byMelony Hill 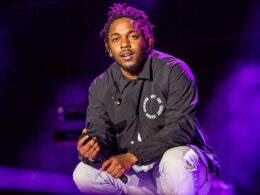