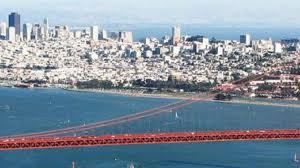 6 Facts About San Francisco Will Make You Reconsider The City

When most people think of San Francisco, they immediately picture the Golden Gate Bridge. Others think of Alcatraz and the steep streets within the city. While these are fun pieces of information to know, prospective homeowners need to know the top surprising facts about San Francisco. As a professional planning to relocate to the well-known city, you do not want to be caught off guard after you move in. In this post, you will learn the top surprising facts about San Francisco.

Largest Chinatown Outside Of Asia

Many professionals considering moving to San Francisco do not know that it is home to the largest Chinatown outside of Asia. The city’s Chinatown is also the oldest in North America. Those who visit it have the option to walk its one-mile long span. Upon doing so, they often encounter special events such as festivals. You can also visit numerous special attractions in San Francisco’s Chinatown. These attractions include flower shops, churches and museums about China. Professionals visit parks, restaurants and hotels in Chinatown as well. Keep this surprising fact about San Francisco and all it offers in mind when making your move to the city.

Burials Were Outlawed In 1901

Professionals are surprised when they hear that burials were outlawed in San Francisco in the 1900s. Two cemeteries known as Presidio and Mission Dolores are still present in the city despite the fact that no one can be buried in them. The Californian city’s residents cannot be buried in their home city. They can, however, be transported to the cities that surround San Francisco. Most deceased residents get buried in Colma. Because of this, Colma is the only city in the world that holds more dead than it does living. Do not expect to be buried or bury loved ones in San Francisco if you move there. Those who do enter the city with such expectations get hit with this surprising fact.

Additionally, San Francisco has the largest number of startups in the United States. This greatly benefits entrepreneurs entering the city. If you want to kick-start your own brand and do not know where to do it, look to San Francisco. There, you will have the opportunity to work alongside numerous other entrepreneurs trying to earn large profits. To be more specific, you will compete with almost 9,000 startups just in the city itself. While the competition might be high, so are the opportunities. The high number of startups offers entrepreneurs more connections. Similarly, they supply job seekers with more job options. Whether you want to startup a business or work for a startup, you should consider this surprising fact about San Francisco.

Over 20 Traffic Deaths In San Francisco

In a busy city, there are many traffic deaths that occur due to car accidents. Last year, there were 22 fatalities due to car accidents. According to The Barnes Firm, a car accident injury attorney in San Francisco, these crashes could be caused by a number of actions, such as high speed crashes, texting and driving, or drunk driving accidents, which can all have dangerous and fatal outcomes. While the city is working towards zero annual fatalities in 2024, it may take some time for this statistic to decrease significantly. While living in San Francisco, practice safe driving habits to avoid fatal accidents.

Lastly, San Francisco is ranked the 4th city in the world with the wealthiest residents. After New York, Moscow and London, San Francisco holds the most billionaires. Between Silicon Valley, the real estate opportunities and concentration of lawyers, people in the city have a high net worth. If you do not want to get involved in these financial opportunities, look into the city’s other career options that create wealthy families. After all, one of the main surprising facts about San Francisco is that it is one of the top cities with the most billionaire residents.

San Francisco holds many shocking pieces of information. For example, it is home to the largest Chinatown outside of Asia. The city’s famous cable cars are the only moving national historic landmarks in the world. Burials were outlawed in the 1900s, making it impossible for residents to be buried in the city. Since it has the largest amount of startups in the United States, numerous entrepreneurs kick-start their businesses in San Francisco. Finally, California’s well-known city is ranked the 4th city with the wealthiest residents, making it a great home for those looking to earn large profits. Consider these surprising facts about San Francisco when making your move.