The Internet of Things (IoT) uses sensors and communication devices in all kinds of unexpected and exciting ways. It’s driving major changes in businesses across almost every industry, including healthcare, banking, and retail. The IoT is also finding a new home in urban planning.

City governments across the United States could spend $41 trillion over the next two decades to gain the benefits offered by IoT technologies and tackle challenges caused by increased urbanization. And citizens will absolutely feel the changes in both government services and in their lived experiences. Plus, sensors are getting cheaper and more sophisticated all the time, which means these changes shouldn’t come at a massive cost to the public.

What could the IoT mean for your city? It could mean your city literally becomes “smarter,” but it also comes with new challenges that urban planners and local governments must contend with sooner rather than later.

What is the IoT?

In 2019, the average American owned approximately eight devices with an internet connection. You probably have a phone, tablet, and computer — and if you bought a TV in the past 10 years, it likely connects to the internet, too. The other four might be a smartwatch, a Google Home or Alexa smart speaker, or even your car. When you think about it, it seems like a lot of devices already.

Whether you love them or hate them, these devices likely changed your life in both meaningful and mundane ways. Now, imagine the power of the changes on a city-wide scale. How will they change your water supply? What about parking? Could they fix those big and small problems that your city planners haven’t had the time, funding, or technology to solve? Maybe.

How Can Sensors Inform Urban Planning?

Sensors, internet connectivity, and the philosophy of the IoT have the ability to light up 21st-century city development and make it smarter. The sensors have the potential to improve and reform critical operations like:

All of these issues are difficult for many cities to simply manage at present. With the ever-pressing need for urban planning to not only be sustainable but carbon-neutral, the IoT can provide both the data and the flexibility to achieve those goals.

For a tangible look at the way sensors are already changing the experience of living in a city, look no further than Chicago’s Array of Things project. The project provides real-time and location-based data related to current urban IoT infrastructure to both the public and researchers. In other words, you can see the real product of attempts to use the IoT to manage traffic and tackle urban flooding.

Another great example is the issue of self-driving cars. Although the project itself is largely privately funded by automobile manufacturers, the success of autonomous vehicles depends not only on the car’s software but on public planning. The introduction of smart roads (which fall under the purview of local government) is necessary to shore up public safety and prevent a dramatic increase in car accidents in the face of these new products. Smart roads can do things like provide more information to cars that could increase hazard warning times to minutes rather than seconds.

Security has always been both a feature and a primary issue in urban planning, and systematic risk management is critical for public health and safety. However, it’s about to become more complicated with the adoption of thousands of sensors. The IoT presents a huge number of security risks ranging from hardware issues to weak passwords to insecure data transfer.

IoT security is even higher stakes in the context of urban planning. The urban infrastructure IoT will undoubtedly collect huge amounts of sensitive citizen data and protecting it will be paramount for both the network itself and for citizens’ rights to privacy. Weaknesses could not only risk the data itself but entire city networks. Although some of these technological weaknesses already exist thanks to general internet connectivity, the number of sensors used in the IoT means there are far more opportunities for things to go wrong.

Cities will need to update their systematic risk management programs to reflect the chaos caused by the increasing number of devices. What’s more, they will need to focus on honing basic cybersecurity practices, particularly as hackers turn their attention towards city halls. In 2019, more than 50 municipalities, including major cities and small towns, experienced ransomware attacks. There may even need to be the introduction of stronger cybersecurity laws to set a legal standard that protects both cities and citizens.

Will Your City Become a Smart City?

The IoT makes a lot of promises for cities. From dealing with public works to paving the way for private industry, it could change the way cities run on a fundamental level. Moreover, it offers the chance to become truly sustainable, and because sensors grow better and cheaper by the day, the cost won’t be earth-shattering.

At the same time, the IoT also amplifies existing hazards. Every sensor and data set puts a new target on the backs of cities. Urban planners who want to become early adapters need to not only acknowledge these risks but strategically plan for them, ideally before their systems go live. 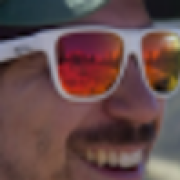 Noah Rue
Noah Rue is a journalist and a digital nomad, fascinated with the intersection between global health, personal wellness, and modern technology. When he isn't frantically updating his news feeds, Noah likes to shut off his devices, head to the beach and read detective novels from the 1930s.

Why “Burnout Culture” is Bad For Entrepreneurs