While the dearth of medical care in rural America has gotten a lot of attention recently, there has been less of a focus on access to health care in cities. From the closure of inner-city hospitals that have served residents for decades to long wait times for appointments for Medicaid patients, some urban residents have a difficult time getting treatment.

In reaction to this growing issue, the rise of telemedicine, retail clinics in drugstores, and urgent care centers are helping fill some of the gaps — but may still provide a different level of care than is needed.

While rural hospitals are closing at a faster rate than those in urban areas, those in cities are also shuttering. In 2018, it was estimated that about 8% of all hospitals were at risk of closing, and another 10% showed signs of “ill health.”

For example, after serving an older and predominantly African American population in a low-income area of Washington, D.C. for 158 years, Providence Hospital closed in 2019. Visits to the emergency room had jumped 26% from 2014 to 2016, but it was struggling financially.

Compounding the problem of hospital losses is the extended wait times for urban Medicaid patients to get appointments with doctors. In a study of primary care practices in 10 states in which 11,000 simulated calls requesting appointments were made, only about 60% of urban Medicaid patients were offered appointments. By comparison, about 80% of rural patients were able to get appointments. In a Minnesota study, slightly over half of uninsured urban patients said they had a regular source of medical care, while 69% of uninsured patients in rural areas did. Further, almost one-third of urban patients who were uninsured or individually insured said they delayed getting care even though they needed it.

Medicaid patients and the uninsured aren’t the only ones left waiting for an appointment in cities, either. According to a study by Merritt Hawkins, in the 15 largest U.S. cities, it can take an average of 24 days for patients seeking first-time appointments with a new doctor to get on the schedule. And the problem has been getting worse, with wait times soaring 30% between 2014 and 2017.

As hospitals close, many patients who would have sought care in an emergency room are now visiting urgent care centers instead. Between 2016 and 2017, the use of these centers increased by 15%, but at the same time, far fewer were visiting urban retail health clinics with use falling by 28%. Meanwhile, the use of telehealth rose by 55% in urban areas, slightly more than in rural and suburban areas. Telehealth utilizes apps and computers to connect doctors and other health care providers to talk with a patient and diagnose a condition.

To help with this issue, more nurse practitioners are also now able to function like doctors in many capacities. For example, in 22 states and the District of Columbia, they can not only diagnose and treat patients without a physician present, but can also write prescriptions, which includes necessary knowledge surrounding dangerous drug interactions and new safety concerns that arise about some pharmaceuticals.

Further, as more over-the-counter medicines and supplements become available, patients are finding a wider range of treatments for minor ailments so they don’t have to visit a doctor at all. For example, CBD oil is gaining popularity as a safe pain management resource and legal supplement to prescription pain medication.

Celebrities are starting to bring their star power forward in order to offer more access to mental health services in cities that have higher rates of depression and anxiety than other areas. For example, Chance the Rapper has used social media to raise awareness of mental health issues, in part because he himself suffers from anxiety. To help others, he has worked to boost mental health services in his hometown of Chicago by donating $1 million to the cause.

Meanwhile, Empire star Taraji P. Henson has also worked to raise the visibility of mental health issues, particularly for African Americans. She has spoken before Congress to advocate for more funding for mental health initatives, and also created the Boris Lawrence Henson Foundation, to help children who need mental health support. The foundation is named after her father, who suffered from PTSD and depression, and partners with schools, many of them in urban areas. The foundation also works to increase access to therapists working in African American communities by offering scholarships to black students to study mental health.

While urban residents can find it a challenge to access to health care, new options for obtaining care, from urgent care centers to telemedicine, can offer alternatives to traditional care. While these alternatives don’t solve all of the problems and are potentially more band-aid solutions than real ones, at least those who need medical care will be able to receive it in the meantime. 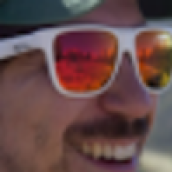 Noah Rue is a journalist and a digital nomad, fascinated with the intersection between global health, personal wellness, and modern technology. When he isn't frantically updating his news feeds, Noah likes to shut off his devices, head to the beach and read detective novels from the 1930s.

Why Macy’s and Other Businesses Corporate Finger Snap Like Thanos