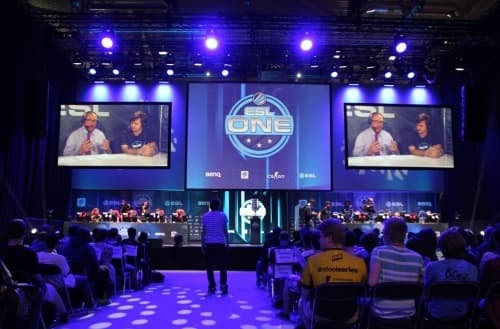 One of the biggest questions that is asked in esports circle is whether competitive video gaming is indeed to be compared to real sports. Back in the early 2010s, people insisted that there are many similarities between esports and sports, and that the former should be recognized by the latter. Today, things are slightly different. The debate is no longer reverberating around whether esports are indeed “sports”. The fact that the world’s leading sports betting sites all include games like Call of Duty and Overwatch within their sports product has definitely played an important role to give eSport a global recognition. As we have reached 2020, few find the need to insist on debating if eSports is actually sport or not, but perhaps we should?

Let’s talk about sports and see if there are reasons why eSports should be “sport”.

Why The “Sport” Definition Matters

The truth is that today far fewer gamers feel the need to be recognized by sports bodies. However, there are very good arguments why people would want for esports to be called sports. One of those is visa and traveling arrangements. Because gamers aren’t recognized as athletes they cannot obtain expedited visas, which in some cases can wreck an entire team’s strategy for an upcoming event.

For instance, Israeli players weren’t allowed to compete during the Dota 2 Major in Malaysia in 2018, which forced the hand of teams to go and get stand-ins. The esports community is quite close-knit, so you wouldn’t be surprised to see a team member from a rival team to join and help their opponents win – so long as the two teams aren’t playing in the same event.

Shopping for stand-ins however is not very efficient and that’s at least for a few reasons – first you need to pay them, secondly you need to work with them and build strategies in a very short amount of time. There is a team dynamic that you just feel but aren’t really sure if something will work out as you are not used to playing with the player as well.

And so, esports being sports is not just a point of pride – there are very real concerns as to why this should be happening today, despite what people might think.

While you won’t see gamers necessarily develop the bodies of swimmers or have the muscle tone of an NBA player, the real question is – is that really necessary? Two are the important conditions for leading a healthy life – getting a proper dietary regime as well as moving around enough. Players are assigned doctors and food regimes and you can rest assured that those gaming sessions are really coming under strict supervision so as to avoid burnout.

Burnout is possible in esports players – perhaps especially among esports players – who are playing hard to win. In fact, some players have been admitting putting in a lot of additional hours, because while there is no contractual obligation – there is always stress that if you stop winning you won’t actually stay on the team. Simple as that. Investors are certainly of that opinion.

However, for esports players to feel secure, they would need to be offered some basic guarantees . The same sort that are usually associated with sports athletes.

It’s Not About the Recognition: It’s Simple Job Security

In places like Malaysia, esports is being invested in to teach kids computer sciences. True, some of it might backfire and a lot of young men and women could slide into being streamers – a rather harsh career choice. Nevertheless, esports is offering quite a few opportunities to do cool things.

To be able to do that, though, it wouldn’t hurt for mainstream athletics bodies to really bring their heads together and start helping players achieve job security and retirement prospects. Job security is of course a topic that deserves a more in-depth look. In essence, a popular argument is that even in sports, only the top percentage of players make a decent living, whereas most other players struggle and have to balance a career in sports with something else outside it.

So, Are Esports a Sport or Not?

This is entirely up to you to decide. DOSB, the German’s Olympics Committee, has decided against the idea that esports are actual sports, citing physical demands. In other words, gamers don’t need to go through the same physical hardship as do real athletes.

However, there are other factors there other facts to consider – such as mental toll and some physical factors as well. Truth be told, whether you want esports to be sports is not really what this should be about.

Instead, we ought to focus on providing gamers with a way to do what they love without having to carry an unfair amount of burden that is all due to redtape.