Video Games are no Longer a Man’s World

Video games are no longer the man’s world alone. Women are beginning to lay claim to this, once men exclusive world and, it is a good thing.

Video games are no longer the man’s world alone. Women are beginning to lay claim to this, once men exclusive world and, it is a good thing.

While there persists a strong perception that men dominate this entertainment realm, industry surveys and data put the ratio of female to male gamers closer to equality.

What Data is saying…

According to Data on Statista, in 2006, only a mere 38% of gamers are females fast forward to 2015, and the percentage of female players has increased by 10% to 48%. In 2019, though slightly less than the number in 2015, the percentage of women who identified as gamers were 46% of the total percentage of people who said they are gamers.

This Data implies that unlike traditionally held belief that gaming is more popular with males, the real state of things tended towards a more equitable distribution of the gaming demographics.

The situation is pretty similar in terms of gambling; more women are beginning to take an active interest in gambling-related events. Though, most female gamblers prefer lotteries and slots online like those present in the Unibet casino lobby, bigger payouts than are obtainable in playing table games like poker and blackjack and shorter gaming sessions.

What this means for the industry

With this emerging trend, stakeholders in the gaming industry – game publishers, vendors, developers, and anyone involved with the industry in some way – must begin to think of ways to become more inclusive. Gamers are very likely to start seeing more female-centric content, more female characters taking center stage and perhaps at best, more gender-neutral games.

It’s also imperative for marketers to anticipate and begin to understand the impact of increasing female participation in the industry, so they can effectively run and manage campaigns that cater to the growing female gaming audience.

Unfortunately, the old thinking persists in some circles

Oddly, as can be seen in discussion across several online fora, this emerging statistic has the opposite intended effect. Some gamers argue most of the survey lump gamers across genres and platforms together, hence, making an unrealistic representation of players across the PC/Console divide.

Some even go as far as to point out that, the almost gender parity means gender bias in game design is a thing of the past. Unfortunately, that’s a far cry from the persisting perception among gamer developers. It is prevalent for most developers to assume only 5% of core gamers are women and that majority of the quote 41% are just casual gamers.

Females 50 years and above play more video games than males

As data on Statista indicates, 33% of the U.S. gaming community is made up of adult females, of which 30% of the female gamers are aged between 18 and 35.

While young people regardless of gender play more games than any other age group, 49% of females under 30 reported that they play video games. Interestingly, it appears as age increases the gaming gender gap lessens. It is found that among adults aged 50 and above, 30% of females report playing video games, while only 27% of males in this age range report doing so.

However, when you look at the trend in mobile games, female gamers appear to be topping the charts. One out of every three female gamer says they are willing to pay for mobile game content – which makes them a very viable economic demographics for marketers.

Antarctica Is Now The Only Continent Not Infected With Coronavirus

What Gaming Brands Can Teach Us About Online Marketing

One of the best ways to learn about online marketing is to get out there and see what’s already working — and not working — for established brands in various industries.
byTUT Staff

The first trailer for the much-anticipated installment of the “GTA” game series, “Grand Theft Auto V”, hit the Internet today, revealing some basic details of what to expect.
by 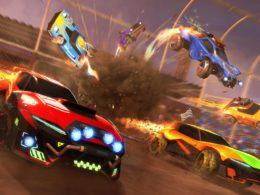 The game’s makers said that anyone who bought and played the game online before it went free-to-play will get “legacy status” and a number of bonuses.
byBien Luigi

Medal Of Honour: Warfighter It is, More Details Later

It is now official, the next instalment in the Medal Of Honour series will be Medal of Honour: Warfighter
byDaniel Mbure