Following a rise in reports of Anti-Asian harassment due to the coronavirus outbreak, New York State Attorney General Letitia James has launched a hotline for Asian Americans to report hate crimes and discrimination.

Following a rise in reports of Anti-Asian harassment due to the coronavirus outbreak, New York State Attorney General Letitia James has launched a hotline for Asian Americans to report hate crimes and discrimination.

James’ office said in a statement that the hotline, which started on Monday and will continue indefinitely, will help provide resources to victims and could lead to civil investigations. Local law enforcement is ultimately responsible for any criminal prosecution related to reported crimes.
“No one should live in fear for their life because of who they are, what they look like, or where they come from,” James said in a statement, according to NBC News.

Asians across the globe have reported experiencing xenophobia as a result of coronavirus fears. Several incidents of those reported have involved physical harassment.

Donald Trump and other Republicans have been accused of inciting hate after referring to the coronavirus as the “Wuhan virus” or “Chinese virus,” even though they say that it’s not racist to do so since that’s where the outbreak started.

John C. Yang, president and executive director of Asian Americans Advancing Justice told NBC Asian America in the past that Trump’s repeated use of the phrase could have a dangerous impact.

“I absolutely think that words used by him matter,” Yang said. “Certainly use of this term by him and others even in the last couple of weeks have led to a noticeable incline in hate incidents that we are seeing. I do think that there is a correlation.”

13 Lawsuits You Never Knew You Could File Against Your Employer 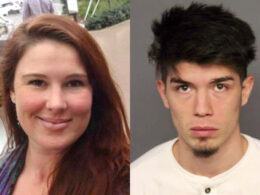 Ariana Wolk,40, was found deceased in her house and the medical examiner informed she had stabbing wounds on her neck.
byBien Luigi

The campus is turned on its head after an HIV-positive prostitute has sex with 10 male students in the dorms.
byBrennen Jones

Tiarah Poyau resisted a stranger's sexual advances and for that, he shot her.
byNicholas M