Tim Bray, a top engineer, said internet giant’s actions are “evidence of a vein of toxicity running through the company culture”

Tim Bray, VP and Distinguished Engineer at Amazon Web Services, has resigned after the company, which he calls “chickensh*t,” fired its whistleblowers who outed their failed coronavirus response.

Bray announced that May 1 was his last day with the company after five years in a scathing blog post. He says that he “quit in dismay at Amazon firing whistleblowers who were making noise about warehouse employees frightened of COVID-19.” In his letter he names the victims as Courtney Bowden, Gerald Bryson, Maren Costa, Emily Cunningham, Bashir Mohammed, and Chris Smalls.

Bray says, “Firing whistleblowers isn’t just a side-effect of macroeconomic forces, nor is it intrinsic to the function of free markets. It’s evidence of a vein of toxicity running through the company culture. I choose neither to serve nor drink that poison.” He explains, “VPs shouldn’t go publicly rogue, so I escalated through the proper channels and by the book. Remaining an Amazon VP would have meant, in effect, signing off on the actions I despised. So I resigned.”

Speaking of unusual habits, Facebook CEO Mark Zuckerberg appears to have one of his own, which includes him blow-drying his armpits ahead of his public speeches.
byBien Luigi

Whether you’re a gearhead looking to turn your passion for cars into generating profit or an aspiring entrepreneur taking your first steps to become a full-fledged business owner, running an auto repair shop is as enjoyable as it is lucrative.
byTUT Staff

If You’re Not Using FreshBooks, You Should

FreshBooks is an app that offers cloud-based accounting services and applications to help small businesses send billing invoices to their clients.
byTUT Staff 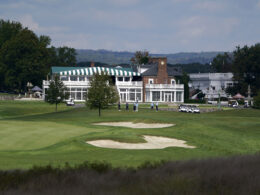 There have been some calls from within the golf world to separate itself from Trump over the past four years.
byBien Luigi