Tesla CEO Elon Musk says that he is now looking to sue Alameda County due to the strict COVID-19 restrictions while he plans to continue production at his California facilities. In addition to his suit, he threatens to pull his company’s headquarters and factories from the state.

Musk says Alameda County Health Department officials are overstepping state and federal restrictions and abusing their power, showing grievances towards them as they prohibit Tesla from restarting production at its Fremont factory. He adds, his employees are allowed to work during the current stay-at-home order as the facility is considered a “critical infrastructure.”

The CEO took to Twitter to blast, “Tesla is filing a lawsuit against Alameda County immediately. The unelected & ignorant ‘Interim Health Officer’ of Alameda is acting contrary to the Governor, the President, our Constitutional freedoms & just plain common sense! Frankly, this is the final straw. Tesla will now move its HQ and future programs to Texas/Nevada immediately. If we even retain Fremont manufacturing activity at all, it will be dependent on how Tesla is treated in the future. Tesla is the last carmaker left in CA.”

Subsequent to his posts, the Health Department issued a statement that in part read, “We look forward to coming to an agreement on an appropriate safety plan very soon.”

Time to Focus on Your Entrepreneurial Ecosystem

More and more people are shunning traditional customer service options like email and phone services in favor of live chat support for a variety of reasons.
byTUT Staff

The European Commission launches an investigation over McDonald's alleged tax evasion and not paying taxes on over $250 million.
byMarissa 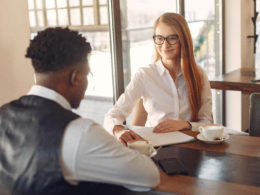