There were some who realized the name change wasn’t an arbitrary decision made by Faulkner, but one made with Bryant’s family. But a large number of people still said they were appalled.

Learning that Kobe Bryant‘s “Mamba” nickname was removed from the Mamba Sports Academy in Southern California, a lot of people were fuming despite it being done to honor his family’s wishes.

The Mamba Sports Academy, which runs two athletic training facilities, was changed to Sports Academy on Tuesday, May 12, with a new website and logo revealed.

A nickname Bryant adopted for himself several seasons into his NBA career, “Mamba” in the company’s title derived from “the Black Mamba,”.

Bryant’s destination on the Jan. 26 helicopter flight that led to the crash that killed him, his 13-year-old daughter Gianna, and seven others was the then-Mamba Sports Academy in Thousand Oaks.

“Our beliefs and thoughts are Kobe is one of one. ‘Mamba’ is one of one,” Faulkner told The Undefeated. “And with that as we carry on as the Sports Academy, it’s more appropriate to put Kobe in another hall of fame, if you will, and to really respect a legacy that is really unrivaled, frankly, and let that live on its own. We will continue to do the work we do.”

There were some who realized the name change wasn’t an arbitrary decision made by Faulkner, but one made with Bryant’s family. But a large number of people still said they were appalled.

“Keeping ‘Mamba’ in the name is honoring him,” one person wrote on Instagram. “Y’all are basically removing his name from the academy that he helped build. Sports academy is a typical name. ‘Mamba’ was unique.”

The Sports Academy updated its statement after the online hubbub began. Why Faulkner didn’t include the part about honoring the wishes of Bryant’s family in his original message is unclear.

“The changing of the name from Mamba Sports Academy to Sports Academy, the original name from 2016, is not a decision we came to lightly on our own,” the statement read. “It was a mutual agreement made in accordance with the wishes of his estate.”

“If the estate says they have to change it then why are these clowns mad 🤦🏽‍♀️,” wrote one Instagram user.

“It was an agreement with Kobe’s Estate,” another person wrote. “Ppl so quick to comment yet don’t know the full story.” 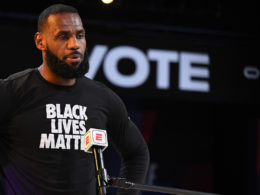 There's no doubt that Kaepernick would be behind them — they are fighting for the same cause, after all.
byBien Luigi